A powerful storm moving through is expected to increase the avalanche danger to HIGH in the upper elevations today. Over 1′ and up to 2′ of snow accumulating by this afternoon should cause natural avalanches to occur.  Warming temperatures will also increase the likelihood of avalanche activity at these high elevations and bring rain to 2,200′.  The avalanche danger is CONSIDERABLE in the treeline band as avalanches from above may run into these mid-elevations. Travel above treeline is NOT recommended.

A warm, wet and windy storm is over the region currently. Roughly 10 to 12″ of snow has fallen in the Alpine zones with another 10 to 14″ expected today (above 2,500′). At the mid-elevations, roughly 6 to 10″ of wet snow has fallen with an additional 1″ of rain (yes rain) expected up to 2,200′ this afternoon. Easterly ridgetop winds will continue to be in the 20’s with gusts in the 50’s mph.

Although there was bare ground before this storm up to 2,000′, above this a shallow snowpack has been forming (see photos below). Rain last weekend followed by cool temperatures formed a crust up to the ridgetops on this pre-existing snow surface. The kicker is, surface hoar formed on the crust before it was buried yesterday. So, what we have is a perfect recipe for avalanche activity in the upper elevations. Any new snow accumulation is expected to slide off the old snow surface easily. How much avalanche activity we will have and how big those avalanches will be is directly related to how much snow falls. As of this morning, there is roughly a foot of snow from yesterday and another foot expected today – again, this is all above 2,500′. Therefore, storm slabs up to 2′ thick are possible and where winds have been loading up to 3 to 4+’ thick.

Snow falling along the road and up to ~2,200′ is expected to turn to rain by this afternoon. This will saturate and melt much of the 6 to 10″ of wet snow existing in these mid-elevations (1,000′ to 2,500′). The worry at these elevations is being in the runout zone of an avalanche from above where debris can run. All this said, today is a day to leave the mountains alone and look ahead to the cooler weather on tap for the middle part of the week! 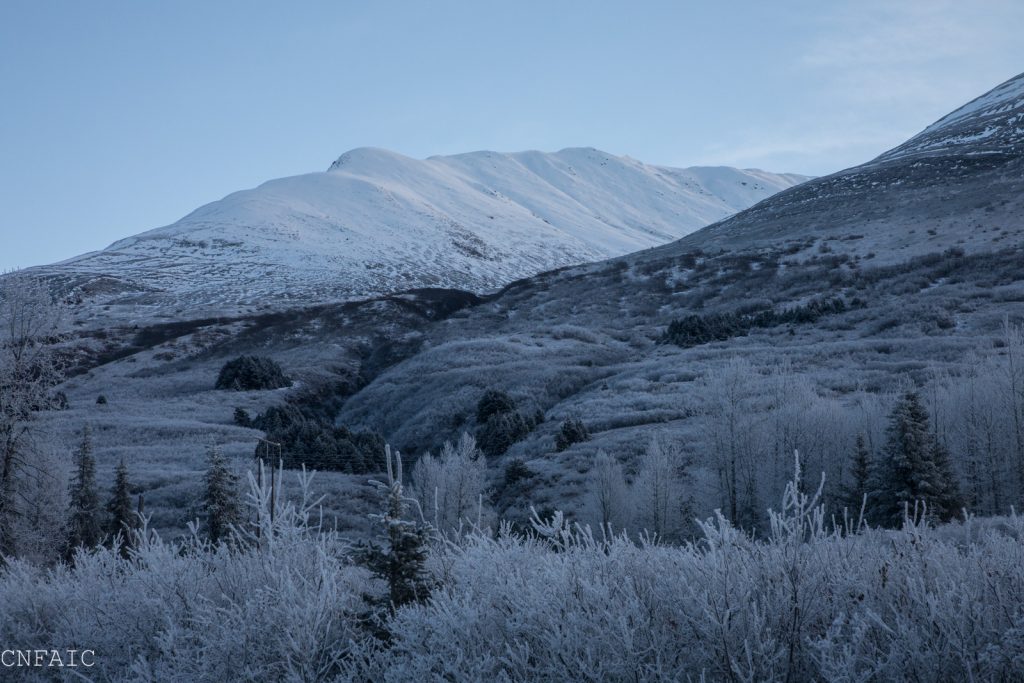 Sunburst, above the alders – hard snow with suspected surface hoar on top existed before this storm rolled in yesterday (Saturday) 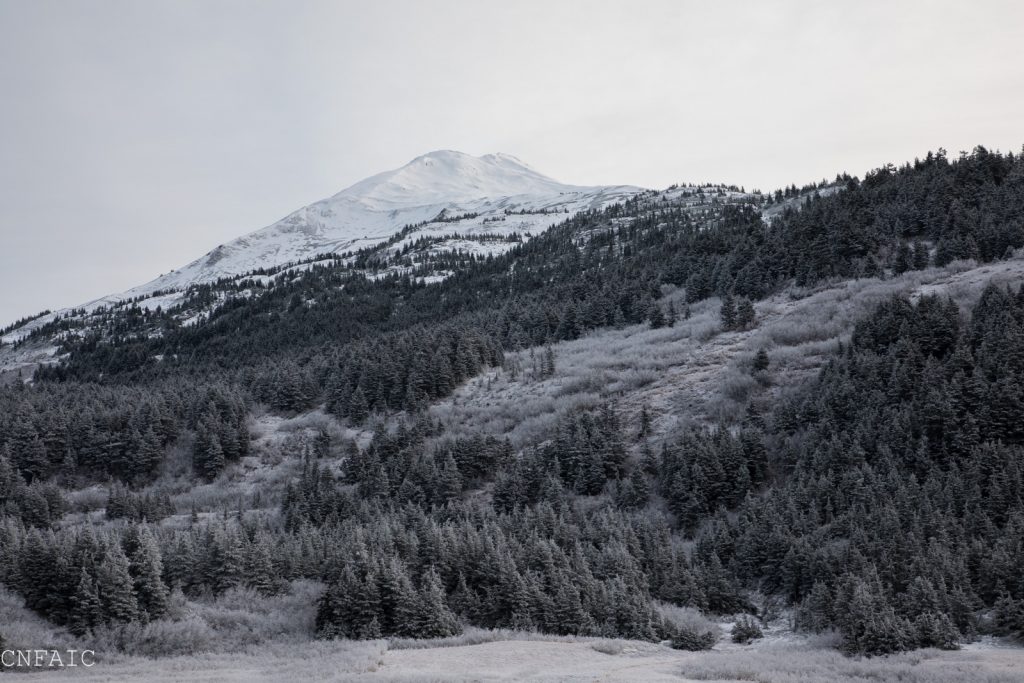 The pre-existing snow line was a little lower on Tincan, just above1500′ 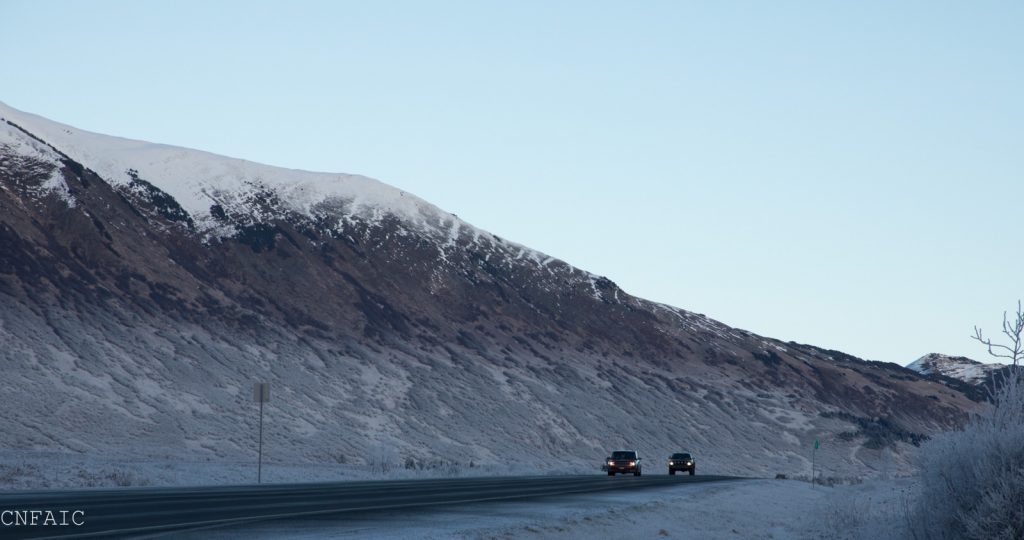 East facing slopes of Repeat Offender on Seattle Ridge on Friday, November 23. Snowline was around 2000′. 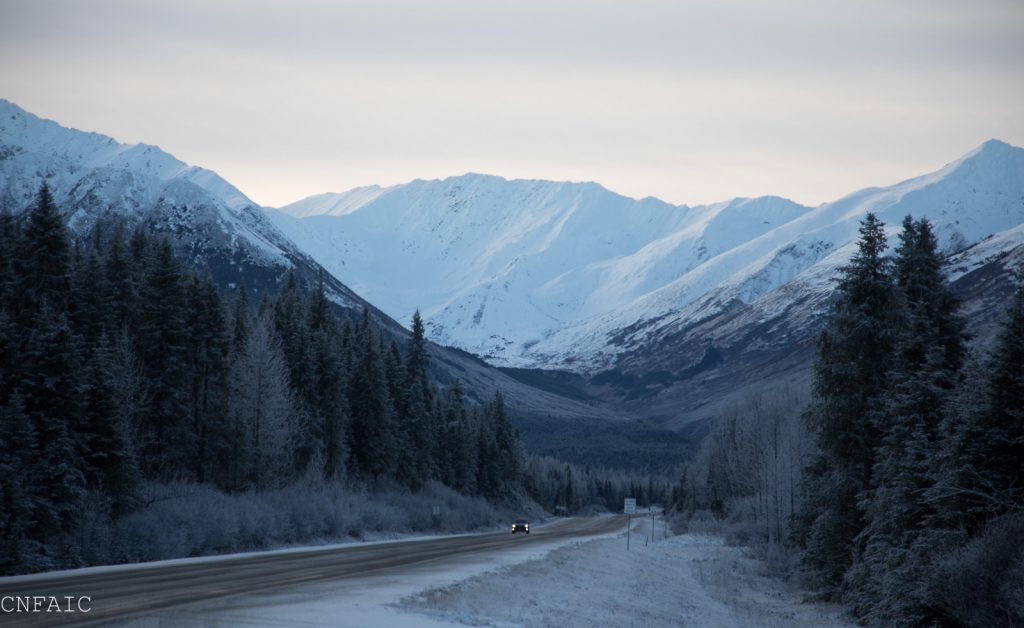 Looking into Lynx Creek drainage, Northern aspects before the storm on Friday.