Winter has begun, and we are starting to sort out the characteristics that make up our snowpack. So far it seems like there are three main things to keep in mind if you are trying to get out and enjoy the early season snow:

It is an exciting time of the year, and it can be tricky navigating the early season conditions. I will be keeping these three factors in mind while choosing terrain, and layering on top of it a thick blanket of uncertainty since we really have limited snowpack info this early in the game.

We will continue issuing periodic conditions updates for the next two weeks, and plan on switching to daily forecasts starting Thanksgiving Week. In the meantime, if you are getting out please take a few minutes to submit an observation. Any info is greatly appreciated, and it can be as simple as a few pictures and note about how good the snow was. We are data hungry this time of year, and your observations are incredibly helpful.

Looking ahead, we are expecting to enjoy one more day of high pressure with clear skies and cool temps before we switch back to a southerly flow pattern that will likely bring warmer temperatures and precipitation (hopefully the white fluffy type) early to mid-week. Stay tuned for a mid-week conditions update! 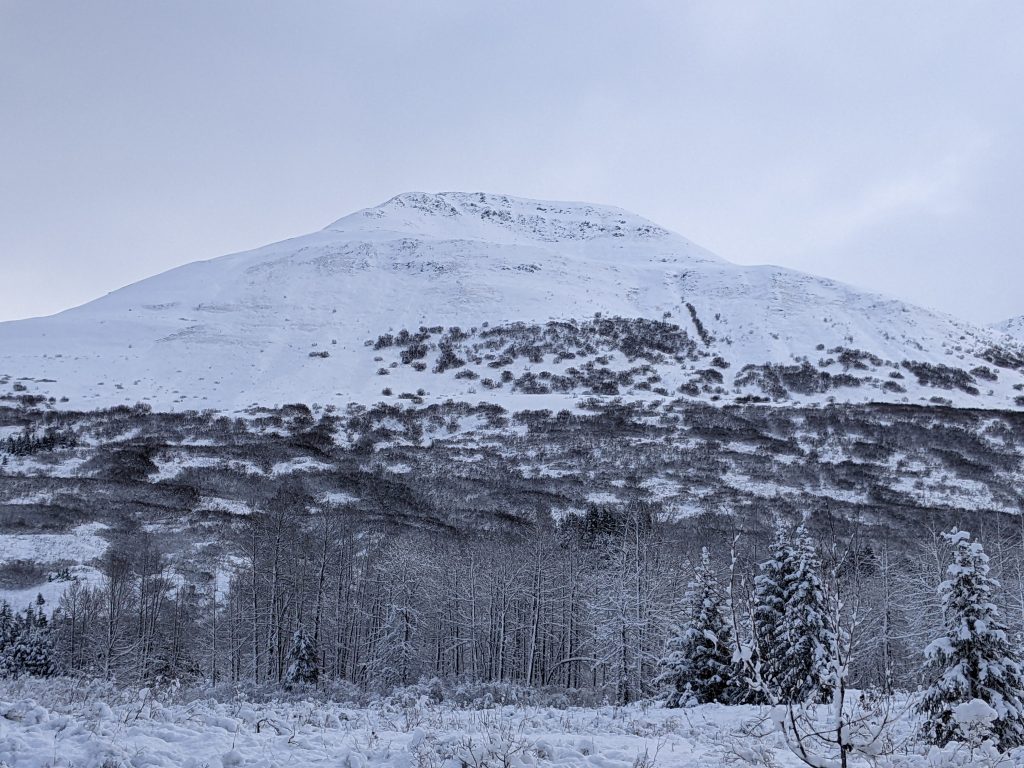 This very large avalanche propagated across most of the west face of Magnum sometime near the end of the 11/2 storm event. Submitted anonymously 11.03.2022 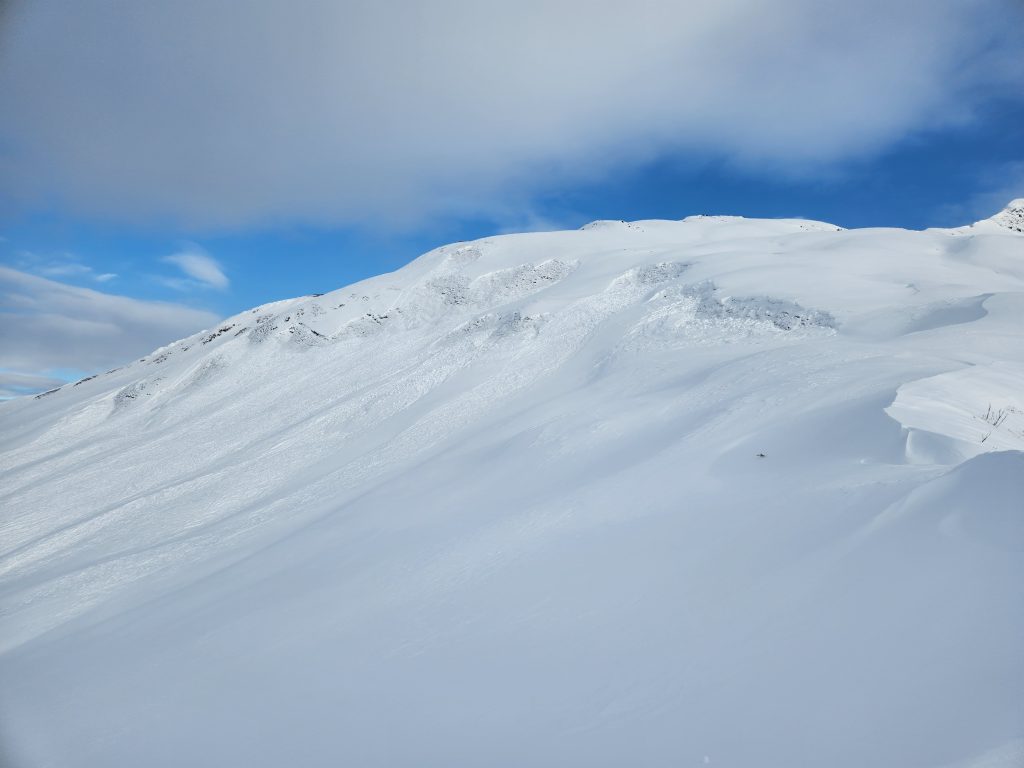 Slab avalanches in Tincan’s Common Bowl, failing on the ground. These also occurred near the end of the 11/2 storm. Photo: Andrew Waldo, 11.04.2022