As we head into late February, days are getting longer, snow coverage is high, and more people are going to start planning bigger days in the mountains. As evidenced by the avalanche activity this week, there is clearly some cause for concern in the snowpack, with the potential for large avalanches. Managing risk does not come easily, and in the avalanche world we rarely have the chance to learn from our own experiences if things go wrong. This means it is important to look at details in avalanche accidents and near-misses, and try to improve our avalanche game by learning from other people’s experiences.

As far as traveling in the mountains goes, we are entering one of the best times of the year. We thought this would be a great time to take a look at two incidents that involved people narrowly avoided serious consequences. Thankfully none of the people involved with any of these accidents were injured or worse.

What is a near-miss? A near-miss is a situation that doesn’t end in injury or death, but easily could have. People tend to use the term interchangeably with ‘close call’, but we differentiate the two in that a person that had a close call would have avoided the avalanche entirely, whereas someone involved in a near-miss would have come much closer to being injured or killed.

We have compiled details for two events- one avalanche that was triggered by a group ascending Tincan Proper on January 20th, and another by a group ascending Eddie’s Headwall on December 2nd. Both incidents contain useful lessons to share with the skiing and motorized communities.

Thank you to the individuals involved in these incidents for sharing the details of each day. Thanks also to Steven Swartzbart for compiling the report for the avalanche on Eddie’s. 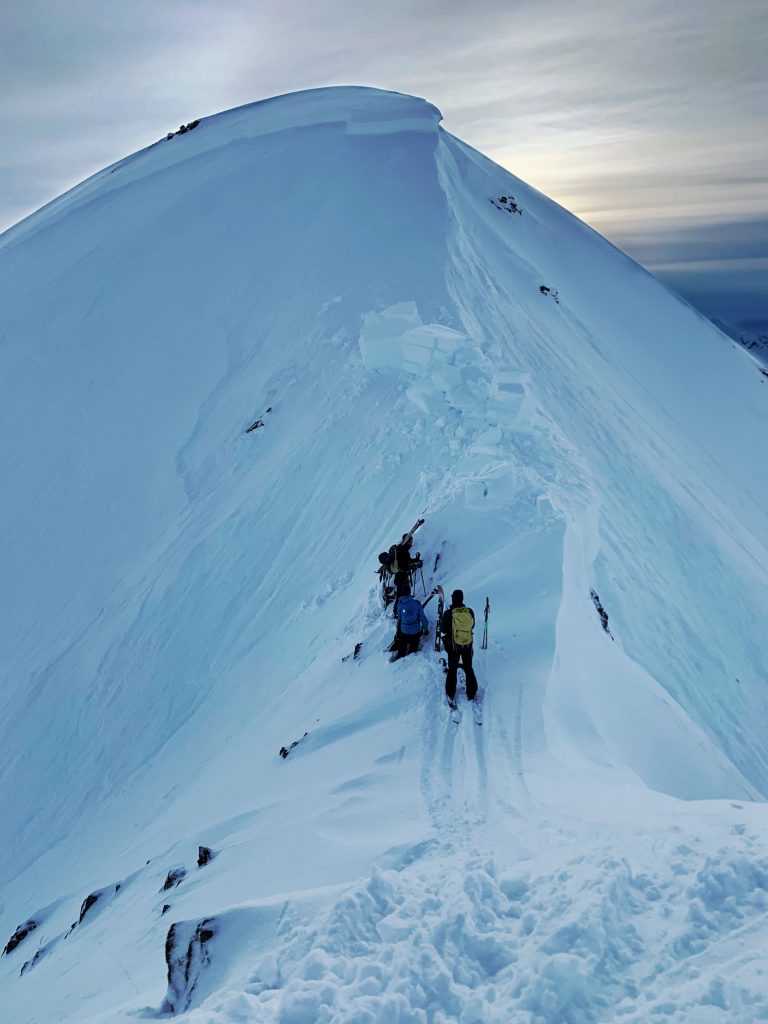 View of the crown on Tincan Proper right after the avalanche occurred. Photo submitted anonymously, 01.20.2022. 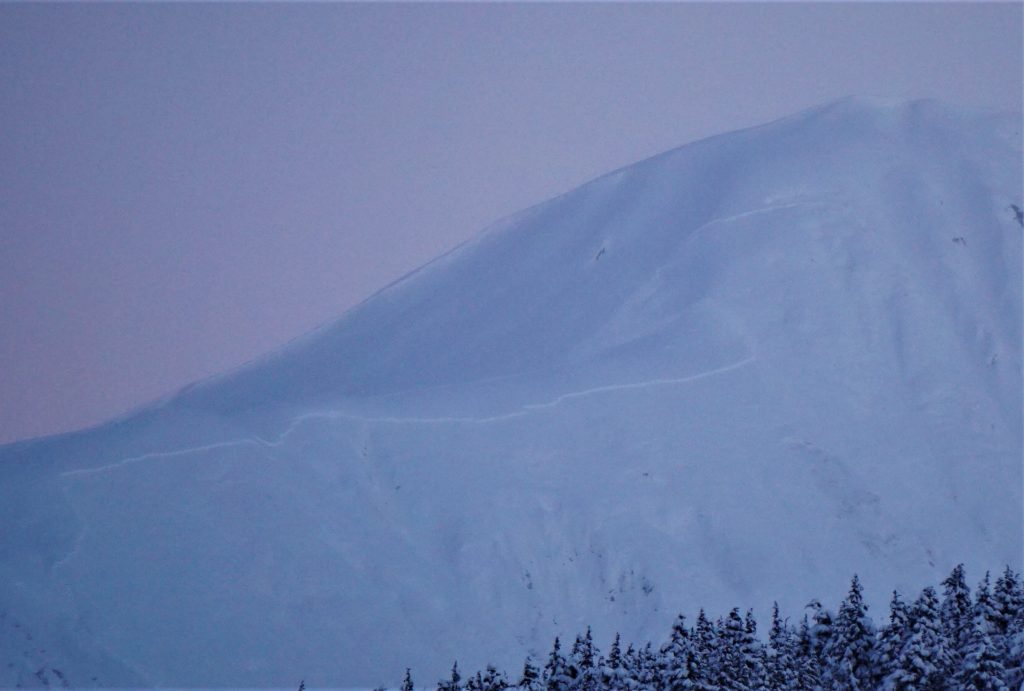