Another storm hitting the region today will keep the avalanche danger  HIGH. Large and dangerous avalanches continue to release naturally as rain, snow and wind impact the area. Avalanches releasing in the high elevations have been sending debris to valley floors, which is expected again today.  Travel in avalanche terrain is not recommended.  Avoid slopes 30 degrees or steeper, including runout zones.

SUMMIT LAKE (& INTERIOR EASTERN KENAI MTS)  – Although precipitation rates should be less today in the interior Kenai, large to very large human triggered avalanches remain very likely. Up to 30″ of snow has fallen onto a very weak base over the past few days.  Travel in avalanche terrain is not recommended in these zones.

SEWARD/LOST LAKE  –  Large and dangerous natural avalanches  have been observed in this area. Continued rain, wind and snow at the high elevations will keep the avalanche danger elevated and  travel in avalanche terrain is not recommended.

Temperatures are rising as yet another storm moves into the region. As of this morning, rain is falling up to 1,500′ with wet snow above this. The rain line is expected to rise as high as 2,500′ in places and drop around an inch of water over the day. The higher elevations are expected to see up to a foot of new snow. This will give the mountains another shock to the system as rain-on-snow could induce natural wet avalanches on steep slopes below 2,500′. Snowfall and strong winds at the upper elevations will continue to load slopes and natural dry snow avalanches are expected. As storm after storm keeps adding more snow to these high elevations, the avalanches are becoming larger, sending debris further and nothing to mess with. There is anywhere from 5-8+ feet of settled storm snow from over the past week and with more snow on the way, it is another day to leave the mountains to themselves.

With obscured skies limiting visibility, it’s difficult to gauge the extent of naturally occurring avalanches over the past week. However, all it takes is a look at the bottom of avalanche paths and you’ll find most are filled with debris. Check out the video below, courtesy of Dwayne Clevenger, that shows debris covering the trail into Lynx Creek drainage. The message here is, avalanche terrain is not only on slopes over 30 degrees, it also includes runout zones (flat areas under steep slopes). Other trails, such as Byron Glacier trail or Johnson Pass trail, run through avalanche terrain and are examples of areas to be avoided during stormy weather.

Big thanks to Dwayne Clevenger for this video of avalanche debris covering the Lynx Ck trail on Mar 16, link HERE. 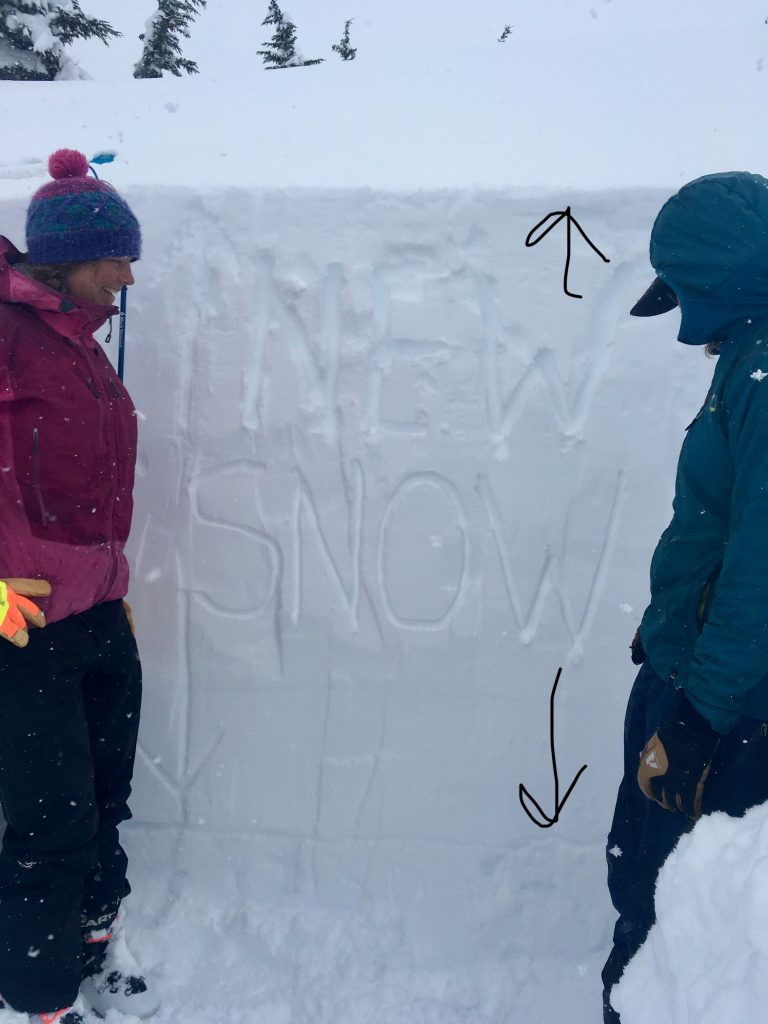 Around 5 feet of snow has piled up since March 8th. The snowpack has almost doubled since then, yet is settling fast with the rain and warm temperatures.

Yesterday:   Another warm stormy day was over the area. Skies were mostly obscured with light rain falling below 800 – 1,100′ and moist snow above this. Roughly 1″ of rain fell in Girdwood while just over 1/2″ of rain fell on Turnagain Pass; Portage Valley was the winner with 3″ of rain. Snow amounts can be equated to 12-18″ at the higher elevations in Girdwood and 5-8″ at the higher elevations on Turnagain. Ridgetop winds have been easterly in the 30-40mph range with gusts up to 70mph. Temperatures reached the mid 30’s F at 1,000′ and the upper 20’s F along the ridgelines.

Today:   Another wave of precipitation and wind is hitting us today. This storm front is warmer and 1″ of rain is forecast to fall up to 2,500′ with a foot of moist snow in the Alpine. Ridgetop winds will rise into the 40-50’s mph with stronger gusts from the east. Temperatures will continue to climb, ridgelines could see 32F while 1,000′ elevations, along the road at Turnagain Pass, may push to 40F.

Tomorrow:   This storm will be slowly moving out tomorrow and light precipitation is expected with decreasing easterly ridgetop winds. Skies may clear enough to see the higher elevations. Weather models are showing another warm system impacting the region Tuesday night into Wednesday with continued rain/snow and wind.