A generally  LOW  avalanche danger exists across all elevations bands for the Turnagain area today. Triggering a slab avalanche is unlikely but not impossible. As winds increase and snow falls the danger may rise to MODERATE in the Alpine late in the day. Pay attention to changing conditions and expect the avalanche danger to increase overnight. Avoid/limit your exposure time under glide cracks, give cornices a wide berth and watch your sluff.

SUMMIT LAKE / JOHNSON PASS:    A poor snowpack structure exists in this area, which is very different than Turnagain Pass. Triggering a slab avalanche is trending toward unlikely, yet may not be out of the question. Evaluate the snowpack and terrain. 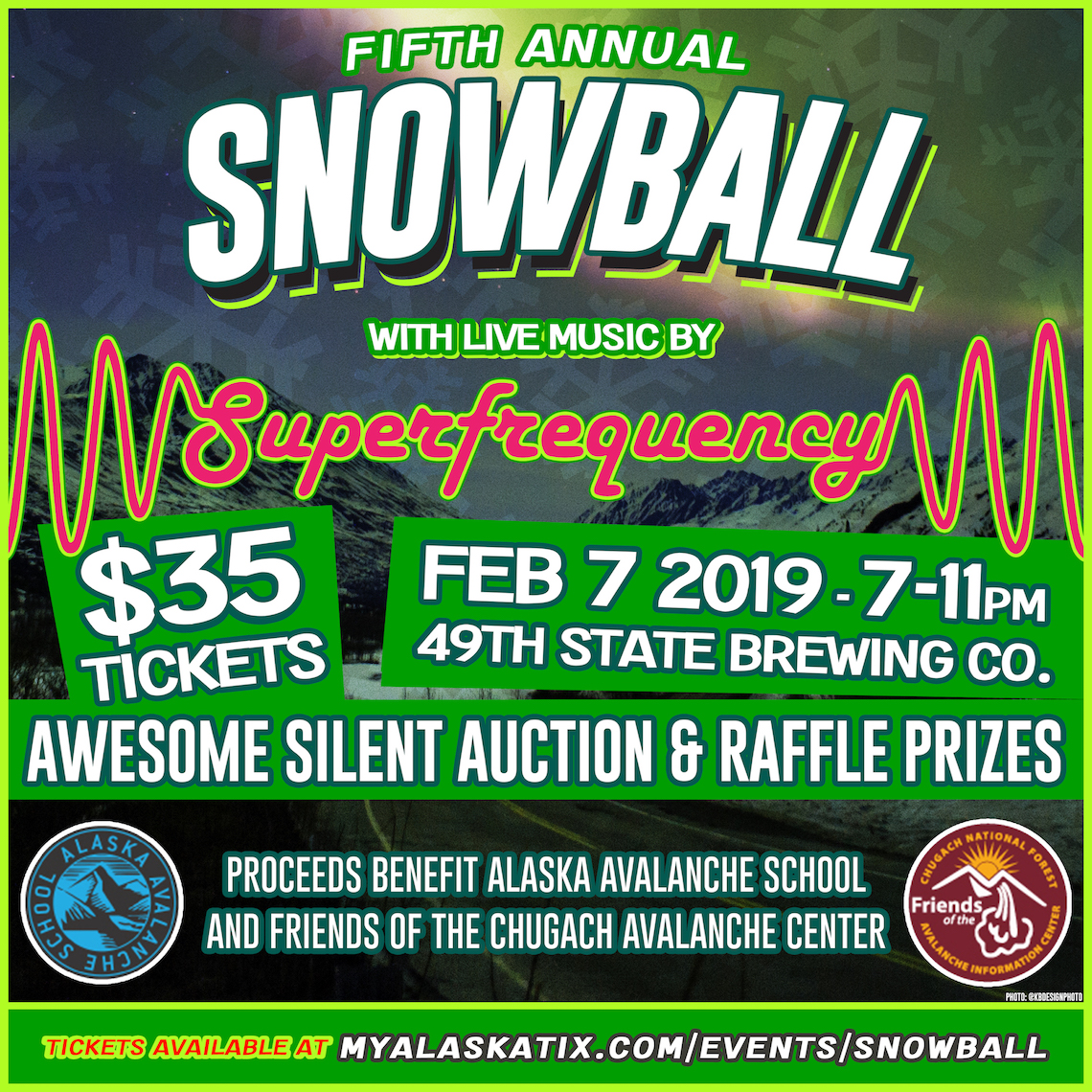 The bulk of the approaching storm is not forecast to impact the area until late tonight into tomorrow. Yesterday we received a trace of snow which fell on top of surface hoar and near surface facets that formed over the past weak. This barely buried weak surface snow could become a concern as snow accumulates, especially in terrain that has a melt-freeze crust or wind hardened snow below the weak snow. Today it will be important pay attention to the weather and changing conditions. Shallow storm slabs may quickly form in the Alpine as snow falls and the wind increases.  Watch for blowing snow, cracking below your skis or machine and use small test slopes to assess whether the new snow is bonding to the old snow.

Finding an old isolated slab especially in upper elevation terrain in Girdwood, Portage or Placer is not completely out of the question. This part of the advisory area received more snow in the last storm. There has been one known human triggered avalanche that failed in the facets below the new snow, which was last Thursday in the Placer Valley. Low danger before the storm does not mean no danger. Practice good travel habits, such as exposing one person at a time, watching your partners and grouping up in safe zones are key ways to minimize risk. Ease into steep terrain and factor in the consequences should you encounter one of the following: 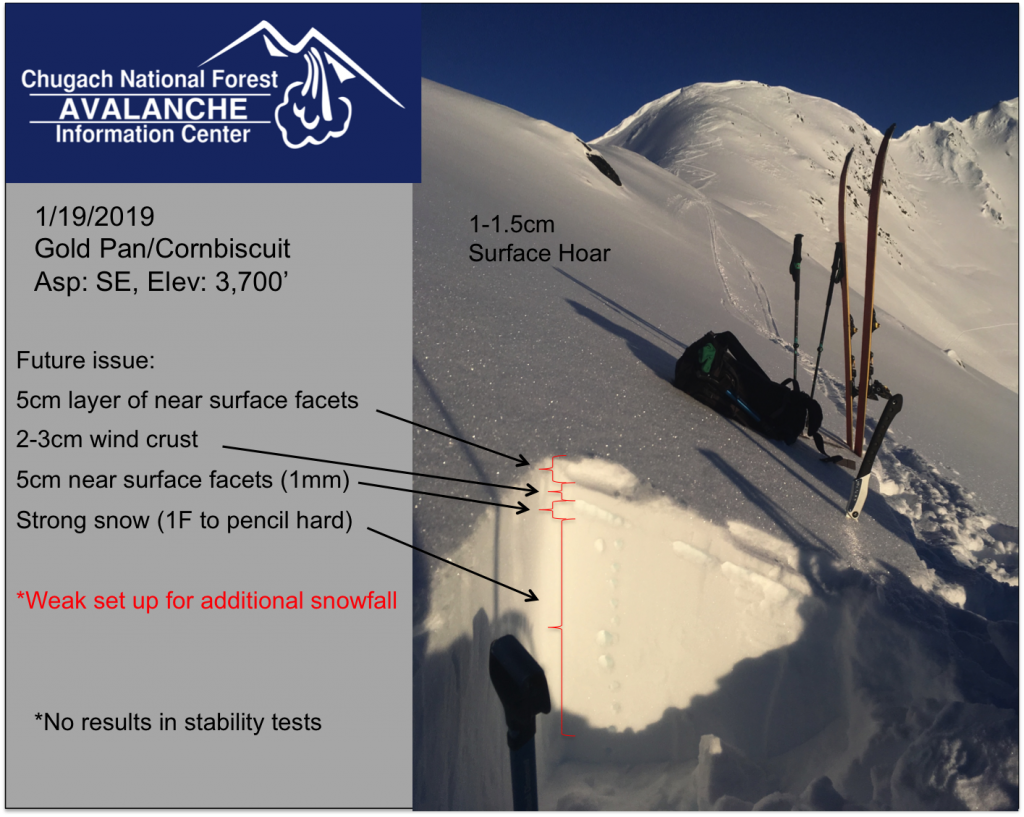 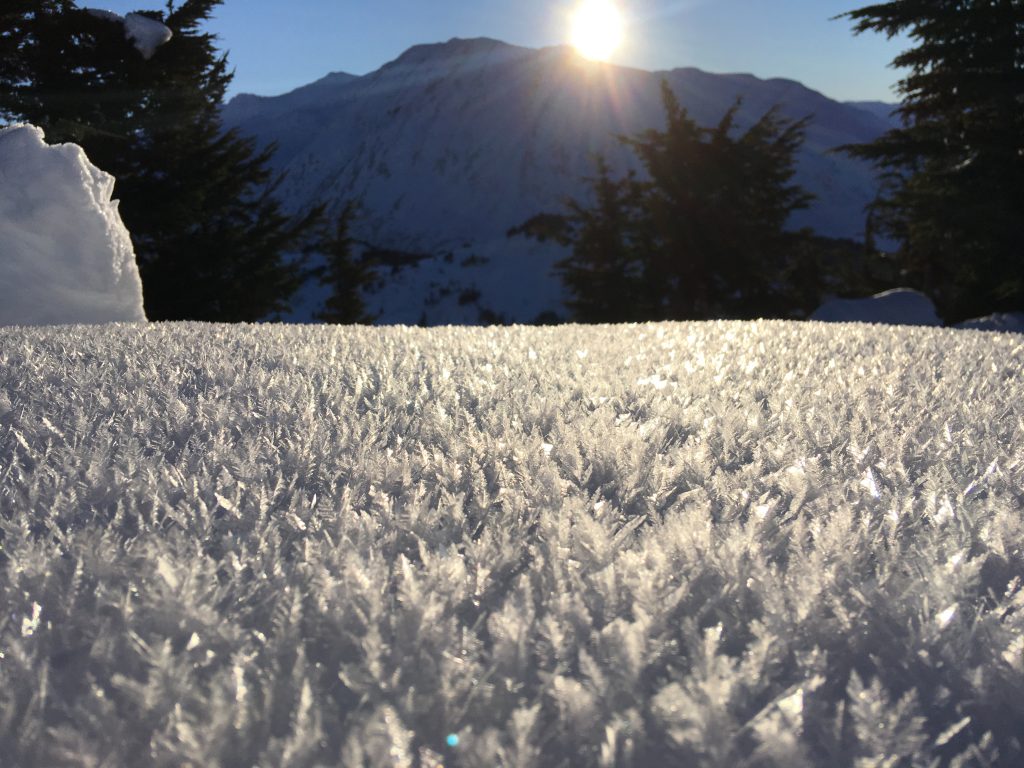 South of Turnagain – Johnson Pass/Summit Lake zone: A poor snowpack structure exists in these areas.  Multiple mid-pack weak layers of facets and buried surface hoar have been found as well as a facet/crust combination in the bottom of the snowpack. No recent avalanche activity and calm weather has allowed the pack to slowly adjust. However, it still important to evaluate the terrain and snowpack. Upper elevation terrain with hard, wind-affected snow over the buried weak layers is the most suspect.

Yesterday:  Skies were mostly cloudy skies with very light showers during the day. Easterly winds were 5-15 mph with gusts into the 20s. Temperatures were in the 20Fs to high teens. Overnight temperatures increased slightly.

Today: Mostly cloudy skies and snow showers likely in the afternoon. Easterly winds will increase gusting into 30s during the day and 40s overnight. Temperatures will be in the 20Fs and low 30Fs. Rain/snow line forecast to be around 800′.  Precipitation will increase overnight.

Tomorrow:  Snow with rain at lower elevations likely. Easterly winds increasing throughout day with gusts into the 70s and temperatures in the 20Fs and 30Fs. As this series of fronts impact the region expect temperatures to rise and periods of heavy precipitation especially near the coast through Thursday. Another storm system is on track for Friday.