A generally  LOW  avalanche danger exists across all elevations bands for the Turnagain Area. Triggering an avalanche is unlikely but not impossible. Good travel habits, such as exposing one person at a time, watching your partners and grouping up in safe zones are, as always, key ways to minimize risk.  Ease onto steep slopes and be mindful of people below you and on adjacent slopes. Avoid travel under glide cracks.

SUMMIT LAKE / JOHNSON PASS / LYNX DRAINAGE:  *** We want to emphasize the difference here! More caution is advised  South of Turnagain Pass.***  Keep in mind buried weak layers exist in the middle and base of the snowpack. More potential for triggering a large slab avalanche exists in this zone. Choose terrain wisely. Please read the Additional Concerns.

Check out our calendar for upcoming avalanche classes and events in January! Lots of opportunities with all the avalanche education providers in the area.

It has been a week since we had any report of human triggered avalanche activity and observers are not reporting signs of instability. As a mostly calm and cold weather pattern dominates our area and continues until the weekend, we are in the “normal caution” phase of avalanche concerns. These include:

Being in the wrong place at the wrong time and getting caught in a glide avalanche also remains a concern. Glide cracks are opening and releasing and have been observed throughout the advisory area in both the Alpine and Treeline elevation bands. It is important to minimize time spent underneath the glide cracks. Release is unpredictable and not human triggered. Be on the lookout for cracks and wrinkled looking snow (often a precursor to cracking).

Remember LOW hazard doesn’t mean NO hazard! It is still important to look for signs of instability and use good travel techniques. 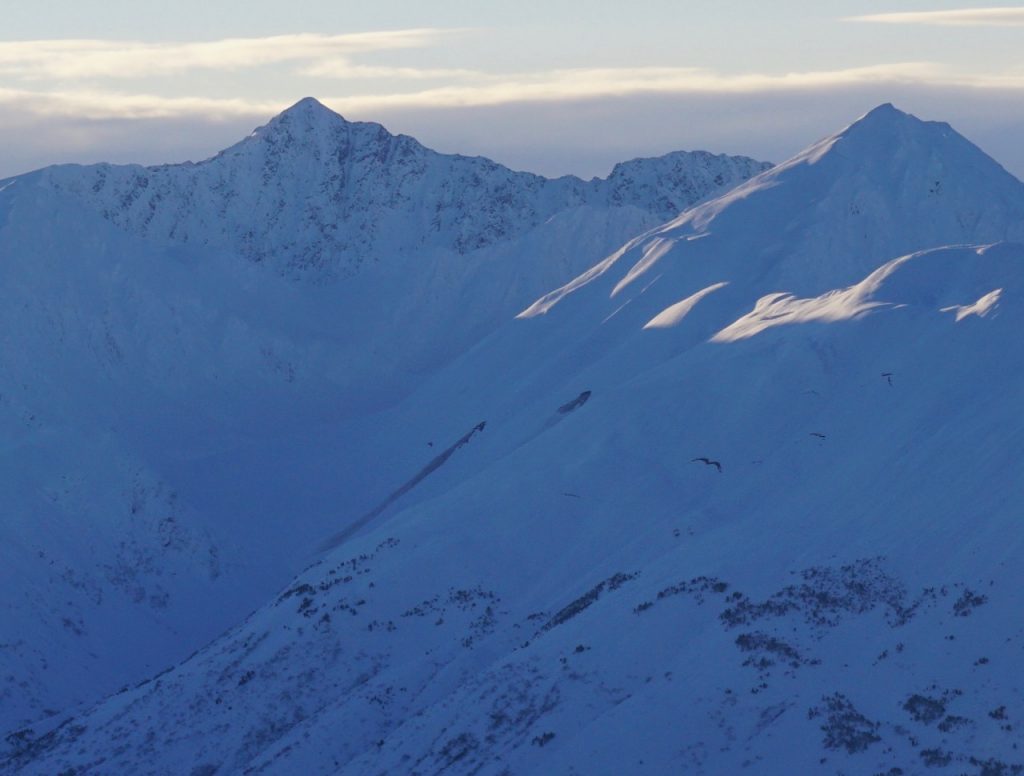 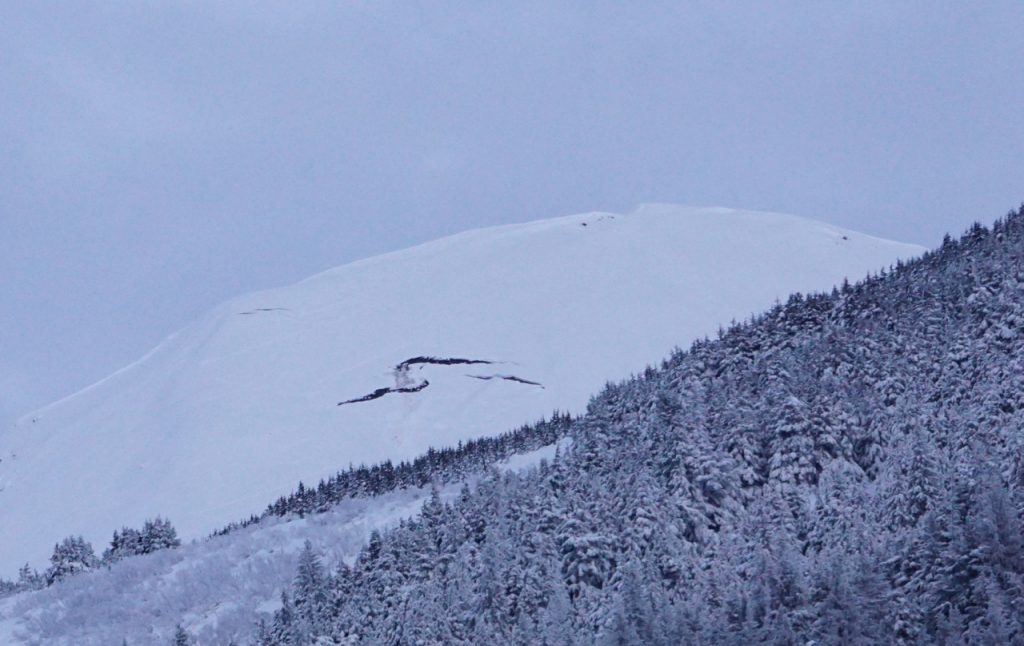 South of Turnagain – Lynx Creek/Johnson Pass/Summit Lake zone:  A poor snowpack structure exists in these areas. The buried surface hoar that we have been talking about over the past week has been found as well as facet/crust combinations in the bottom of the snowpack. The New Year’s storm overloaded a variety of these weak layers as can be seen in photos from the avalanche activity throughout Summit Lake. If you’re headed this way, the snowpack becomes more complex – evaluate terrain exposure and the snowpack as you travel. 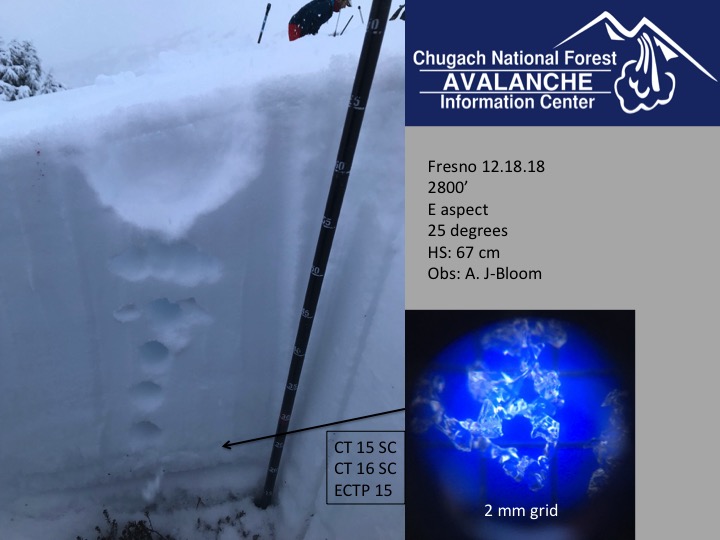 The facet/crust combination continues to be a layer of concern in Summit Lake. Observers over the weekend found this set-up to be stubborn to initiate but still consistently reactive in multiple stability tests.

Yesterday:  Skies were clear, winds were light and temperatures were cold. Upper elevation highs were in the single digits to low teens and valley bottom lows were in the negative teens with the inversion. Valley fog conditions persisted. Clouds built in the late afternoon and temperatures increased a little overnight.

Today:  Is forecast to be partly to mostly cloudy with a chance of snow showers and light southeast winds. Temperatures will be in the teens and low 20Fs. Skies clear again overnight.

Tomorrow:  Sunshine and cooling temperatures return Wednesday and will be the dominant weather through Friday. Stay tuned for a change over the weekend with a potential return, according to the National Weather Service to “warmer, wetter, and  overall more unsettled weather as we  head into next week”.