The avalanche danger is  MODERATE  above 2,500′ for triggering a slab 1-2′ deep. Additionally, watch for cornices along ridgelines and sluffs in steep terrain.

For all the Hatcher Pass users out there – Hatcher Pass Avalanche Center is having their annual fundraiser this Saturday night, Feb 10th at the Palmer Moose Lodge!! HPAC is a growing avalanche center for a high use zone with a high number of avalanche accidents in Alaska, they need your support! Click  HERE  for details.

Yesterday’s storm brought a few inches of snow to Girdwood and Turnagain Pass. Portage Valley near the lake got 8-10″. The winds died down in the early morning but the strong easterly winds from Monday night should not be forgotten today. We have been talking about the January 21st buried surface hoar layer for a couple weeks now. This layer has been responsible for the scattered avalanche activity over the past week and a half (including a large avalanche that occurred on Saturday on Twin Peaks). Slopes that got more wind effect/loading may now have a stiffer and more reactive slab over the buried surface hoar. Leeward slopes in the Alpine are the most suspect. The new snow may be may have covered up the surface signs of wind effect. It will be important to pay attention to where the snow feels stiff, looks pillowed or sounds hollow and watch for shooting cracks. Before committing to steep terrain, identify terrain traps like gullies, cliffs or rocks below and consider the consequences if even a small slab is released.  The new snow also fell on a fresh crop of surface hoar that developed last week. In Portage due to more new snow, even on lower elevation slopes, this February 5th surface hoar layer could be the layer of concern. 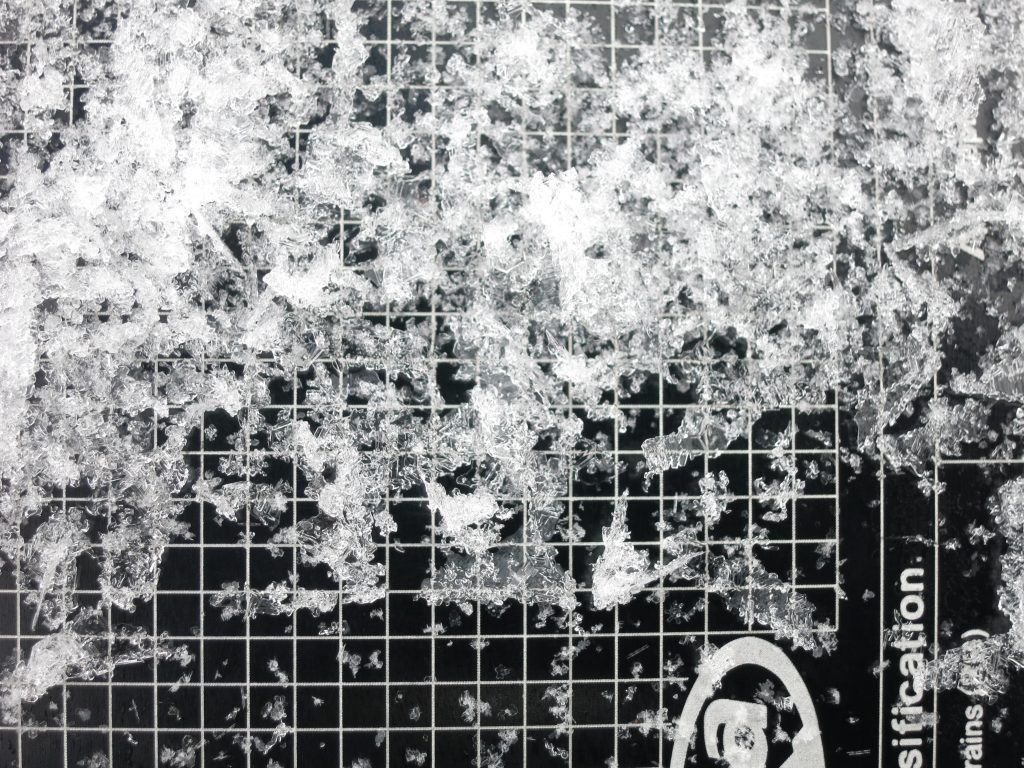 One of the lower piles of debris from the Twin Peaks avalanche that occurred on February 3rd. 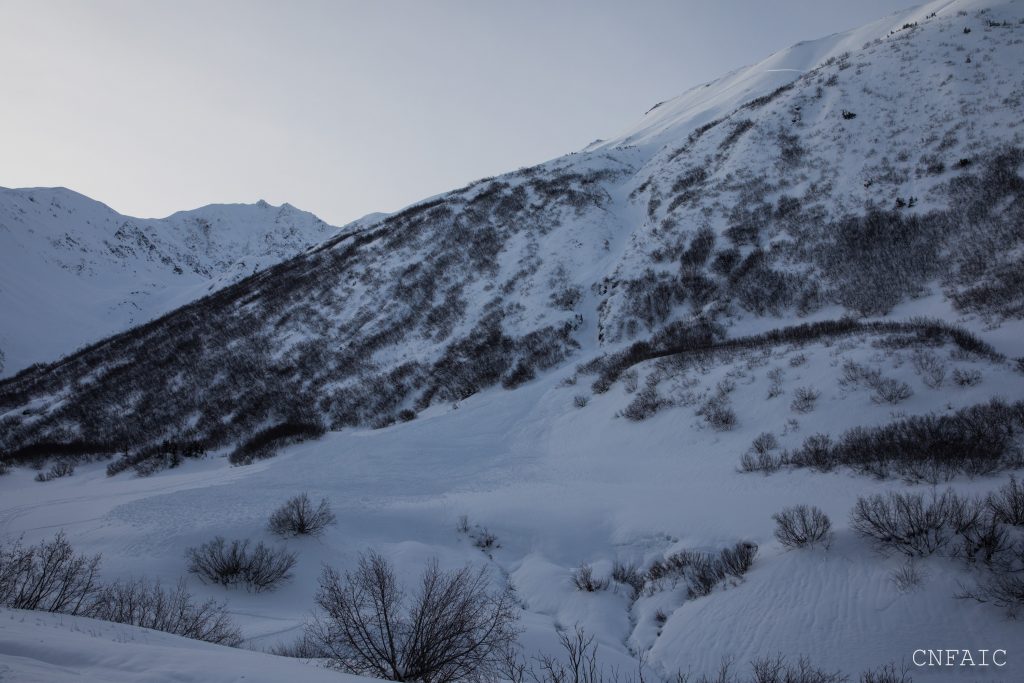 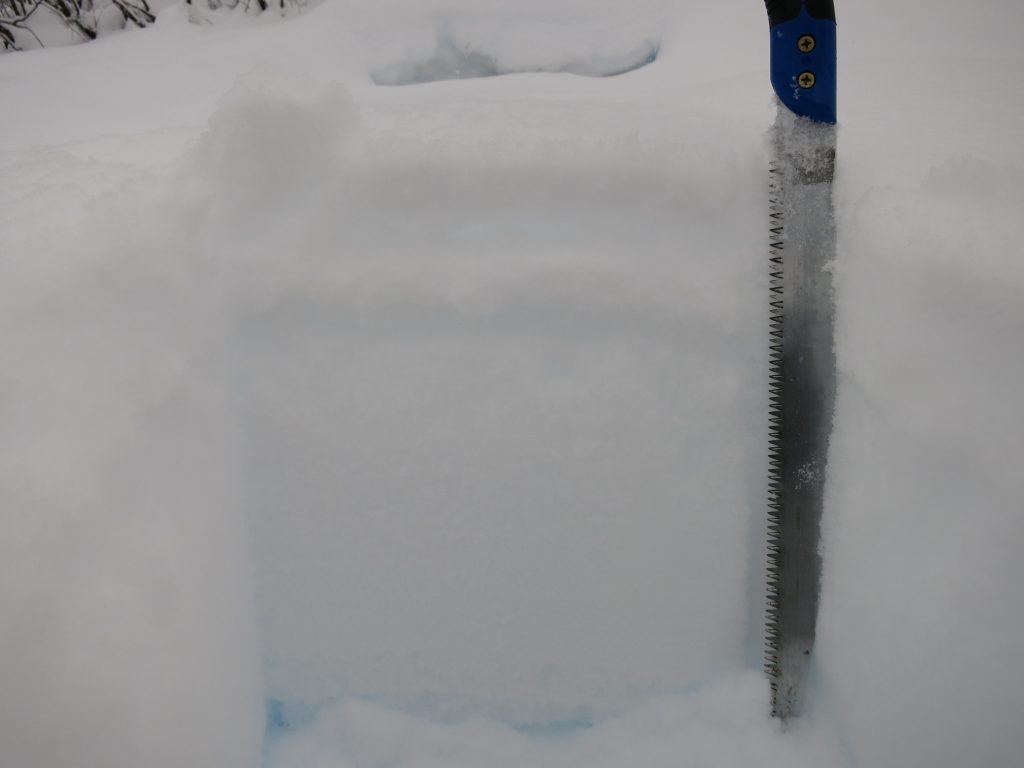 Loose Snow Avalanches, ‘sluffs’: In most places the snow is very loose and ’sluffs’ easily on the steeper slopes. The new snow will add volume to these.  Watch your ‘sluff’ and be aware of the consequences below you.

Cornices: Cornices are unpredictable and can break further back along a ridge than expected. Give these features plenty of space.

Cloud cover should diminish this morning and skies will become clear and sunny. There is the potential for some valley fog. Temperatures will be in the 20Fs and winds will be northerly 5-15 mph. Tonight temperatures drop into the teens and winds remain light and northerly.

Tomorrow and Friday should be clear and sunny with temperatures in the low 20Fs and light variable winds.   There is snow in the forecast for the weekend but the details are pretty uncertain. Stay tuned!