Date:
February 3, 2018 5:18pm
Observer:
Mark Norquist
Avalanche Details
If this is an avalanche observation, click yes below and fill in the form as best as you can. If people were involved, please provide details.
Avalanche Details

I was in a party of three which followed a party of five up the east slope of Twin Peaks to the south ridge. The party of five skied/snowboarded a run successfully at about the time we reached the ridge. We continued on to the south peak. We noticed that two of the party had started to re-climb. At the summit, before starting our descent we noticed a large fan of debris starting from the skin track. This changed our original plan of skiing the middle rib, opting to traverse over to where the previous party had skied and skied down a bit north of their tracks. Viewing from the peak, we thought it was a large shallow slab that lost energy and stopped. Upon descending, we found that the crown ,while only the 12 inches or so of recent snow, extended well to the south, at least 400 yards or so, and the debris continued all the way to the valley floor. After skiing some powder and quite a bit of soft debris, we made it to the bottom where one of the previous party had waited to be sure that we were all ok. We met them again at the parking lot, where they explained that after the initial run, three of the party headed out while two climbed for a second run. At around 3200 ft, while climbing, the fracture released. One of the two was caught but managed to dig into the bed surface and stop sliding fairly quickly. Of interest was the thousand pound chunk of ice that the slide had knocked loose from a small icefall near the bottom of the climb - it rolled quite a ways... sorry I didn't take a picture. So in hindsight, as soon as you turn the corner at Johnson pass you are in conditions much more similar to Summit than Turnagain. We felt pretty good about the snowpack while climbing... obviously our "feelings" were misplaced. Fun times.

Clear, light breeze. Below zero at the highway, teens up on the mountain 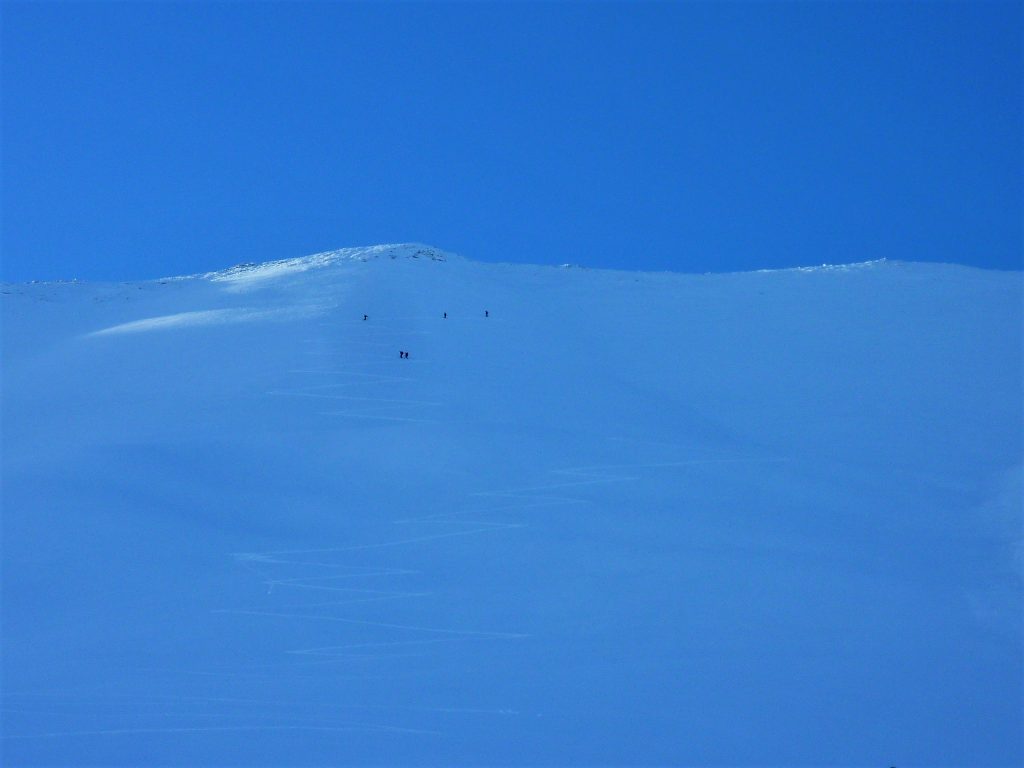 this shows the party of five during their initial ascent. This is very close to the fracture location. 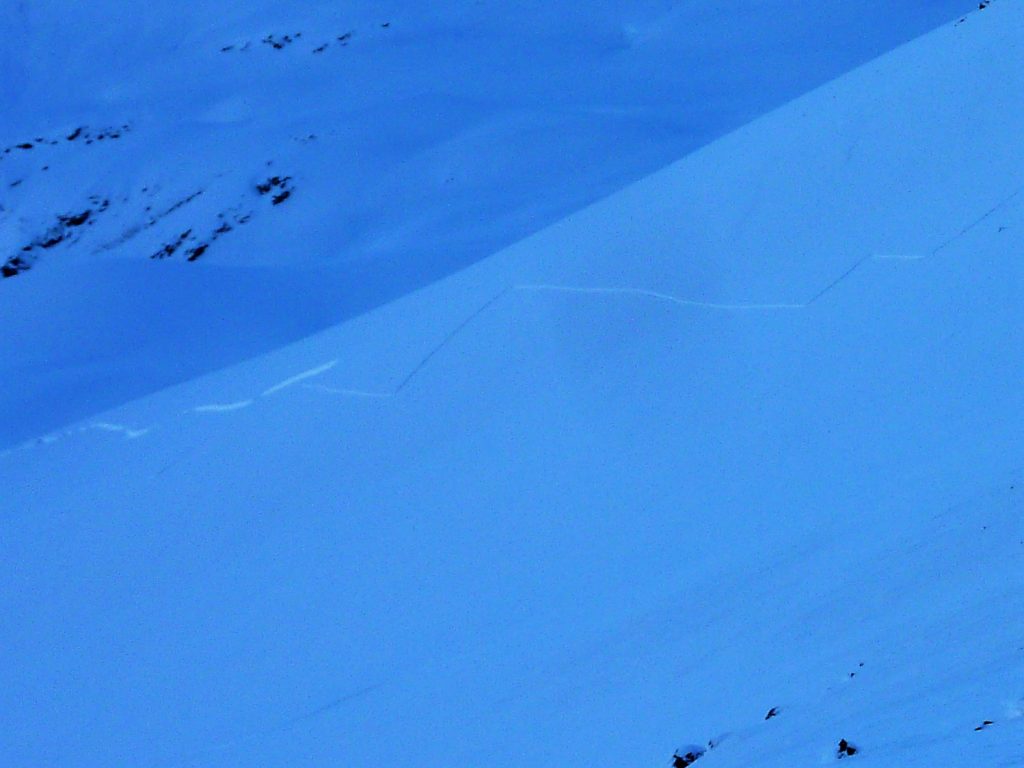 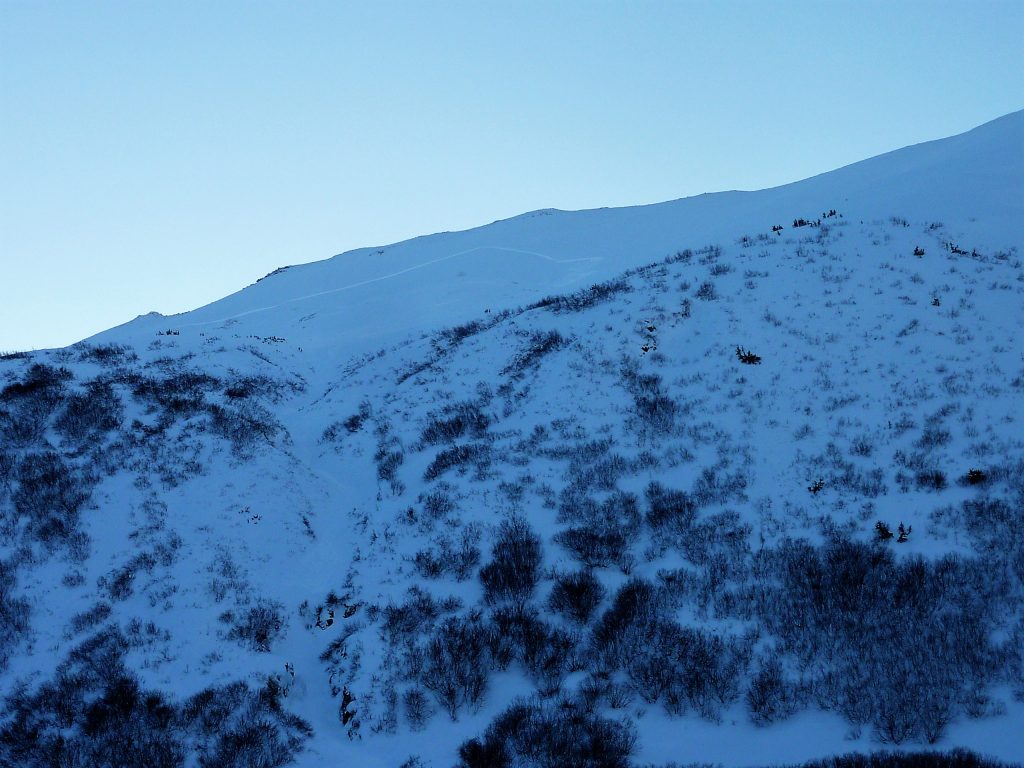 Photo from the valley floor. The fracture is readily visible from the road 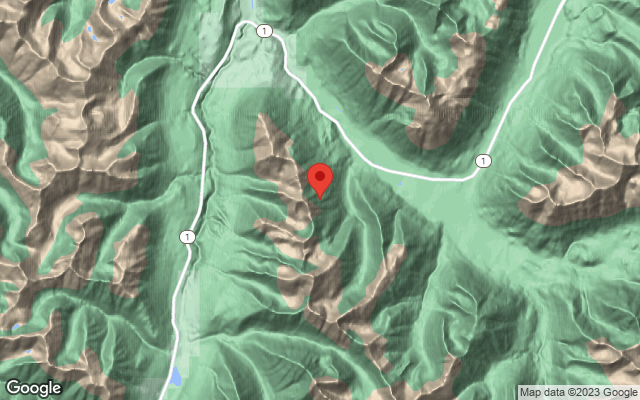