A MODERATE avalanche danger exists at all elevations on slopes steeper than 35 degrees. Human triggered slab avalanches 1-2′ thick are possible on all aspects. These are mostly likely to be found on Southerly slopes later in the day as the snow warms with direct sunshine. Other likely places to find a slab will be wind loaded zones where wind slabs are sitting on faceted snow. Loose snow avalanches (sluffs) should be expected in steep terrain with a loose snow surface. Last, continue to give cornices a wide berth and limit time under them is a good practice, along with limiting time under glide cracks.

Summit Lake:  The summary for Summit Lake comes out tomorrow at 7am, but you can see a report from this area from yesterday HERE.

It has been four days since the end of the ‘sleeper storm’ that hit last weekend. Each day since, folks have been able to trigger an avalanche or two per day. These have all been small pockets and not well connected; a testament to the cold weather keeping the new snow loose and mostly unconsolidated. We had reports of two avalanches yesterday. The first was a small slab below Tincan’s Hippy Bowl. This slide was believed to be remotely triggered from adjacent lower angle terrain. The second was a ‘sun baked’ slab on the South face of Tincan Proper. This slab is suspected to have released naturally due to direct sunshine. Both of these avalanches were roughly a foot thick (composed of the weekend’s new snow) and are likely to have an old sun crust as the bed surface as they both have a Southerly tilt.

For today, with similar weather we can expect similar avalanche conditions. Meaning, triggering a slab avalanche is still possible. Things to keep in mind are:

Despite the avalanche activity above, we have also been finding many areas where the snowpack has adjusted there is good bonding between the new and old snow. However, if this is the case where you are traveling, don’t let your guard down and always be suspect a pocket could pull out. Before exposing yourself, evaluate the consequences if the snow does move.

Small skier/snowboarder triggered slab on Tincan Ridge – the lower roll below Hippy Bowl. Likely triggered remotely by skiers. Note the cracking to the left of avalanche where it was not quite steep enough to avalanche. Photo:  Joe Kurtack 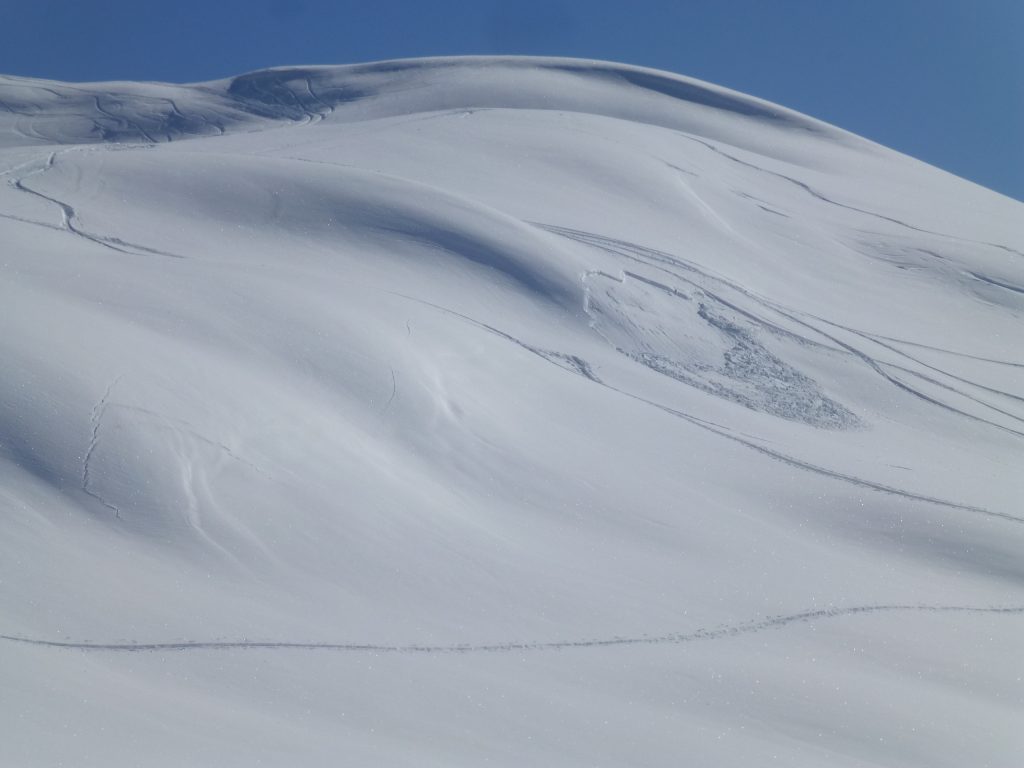 Small(ish) slab avalanche on the South face of Tincan Proper. Thought to have released yesterday naturally due to direct sunshine. Photo: Andy Moderow 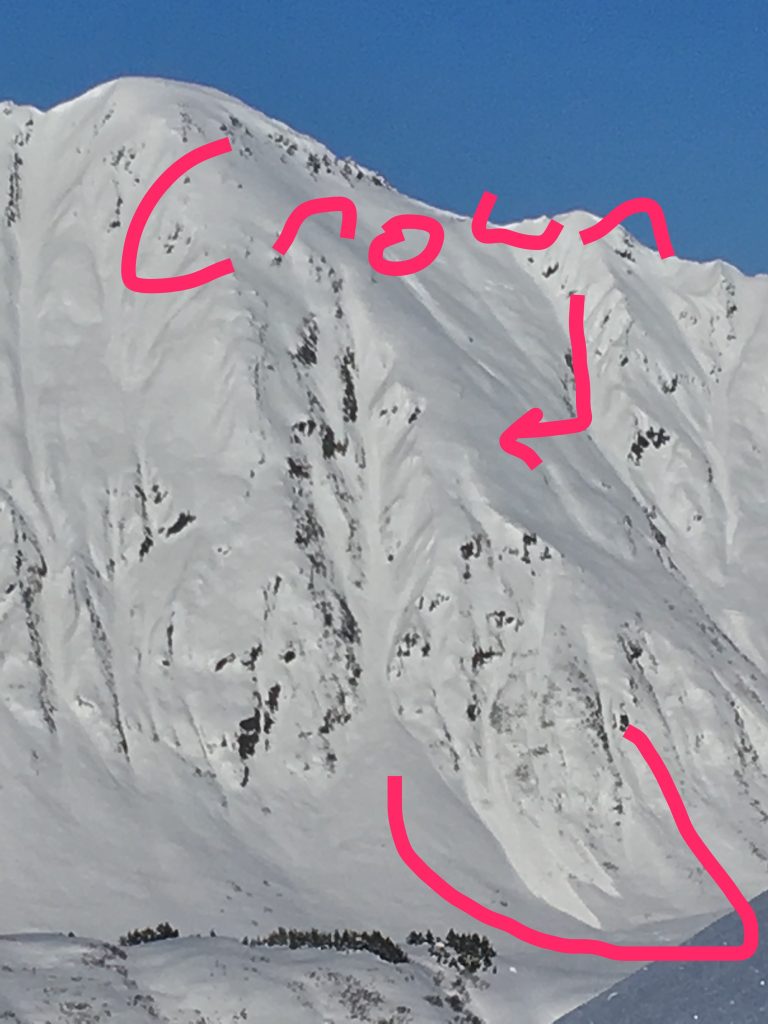 SLUFFS:  Human triggered dry loose snow avalanches continue to be easily triggered on steep slopes without a sun or wind crust on the surface. Watch your sluff if headed to these steep lines with loose surface snow, they could be larger and run further than expected. Once the days become warmer, we should start seeing more wet loose avalanches from direct sunshine; cold temperatures have keep these to a minimum lately.

CORNICES:  We have not seen or heard of any cornice breaks lately, however, they are always worth giving a wide berth and direct sunshine can help to loosen them. Please let us know if you see any recent cornice falls!

GLIDE CRACKS:  Glide cracks continue to slowly ooze open on Seattle Ridge, Tincan’s Library, Lynx creek and other zones. Keep an eye out of them and limit time under them.

Bluebird skies filled the region yesterday once again. Ridgetop winds have remained light from a Northerly direction during the past 24-hours (5-10mph). Temperatures warmed during the day to the low 30’sF at sea level and 20F on the ridgetops before cooling back down to the single digits (and minus single digits) overnight.

Today will be very similar to yesterday, sunny, light winds and warm daytime temperatures. Ridgetops winds should be in the 5-15mph range from the North and West. The strong inversion from overnight should break again, letting temperatures climb into the 30’sF at sea level and 20F along ridgetops.

Looking into the weather model “crystal ball”, a chance for snow showers (to sea level) exists for Monday and a more classic warm wet storm looks to hit later in the week, around Thursday. Stay tuned – winter is not over, but this system later in the week should be rain at sea level if it verifies.