Toured up to the ridgeline on Tenderfoot

Calm, clear, not a cloud in the sky. 8F in the morning at the road. Temperatures warmed quickly in the sun. Light winds in the alpine and down through treeline later in the day. 19F at the car at 3pm. 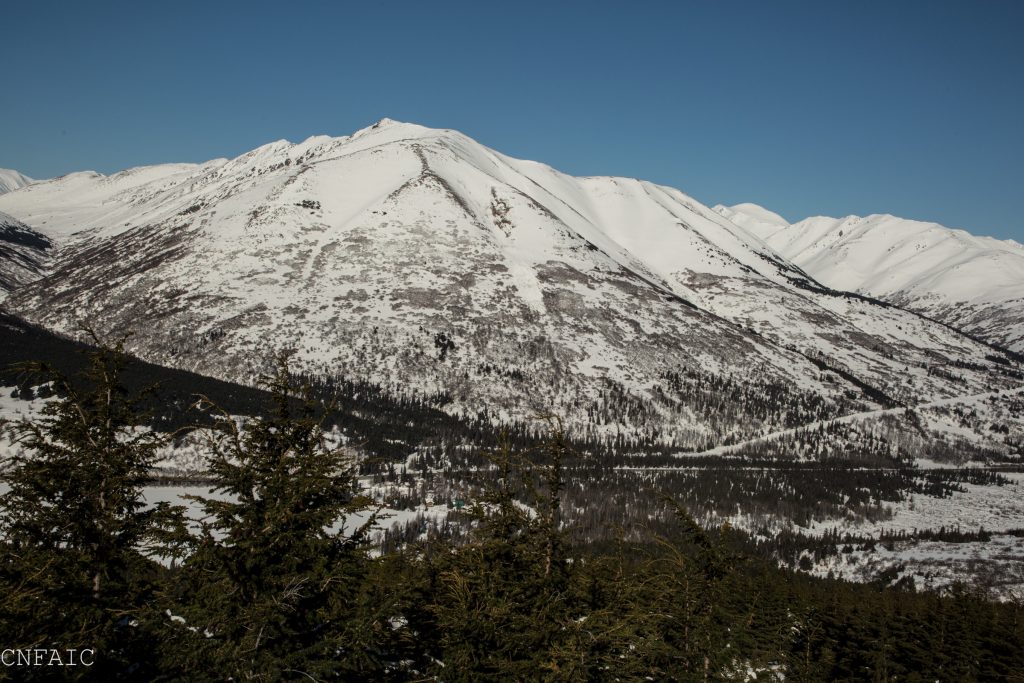 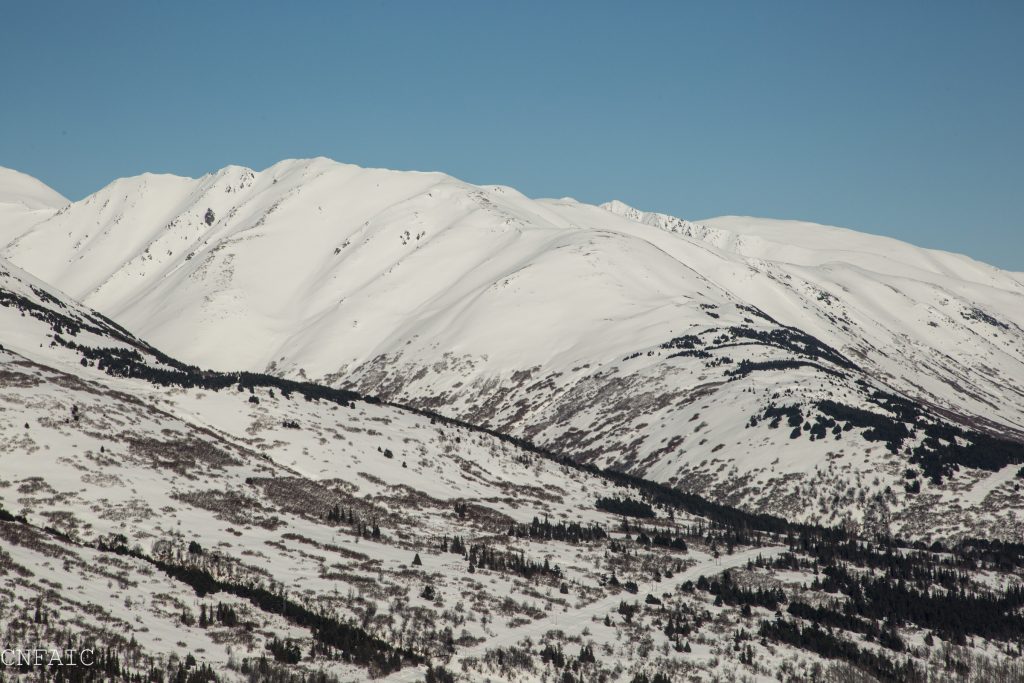 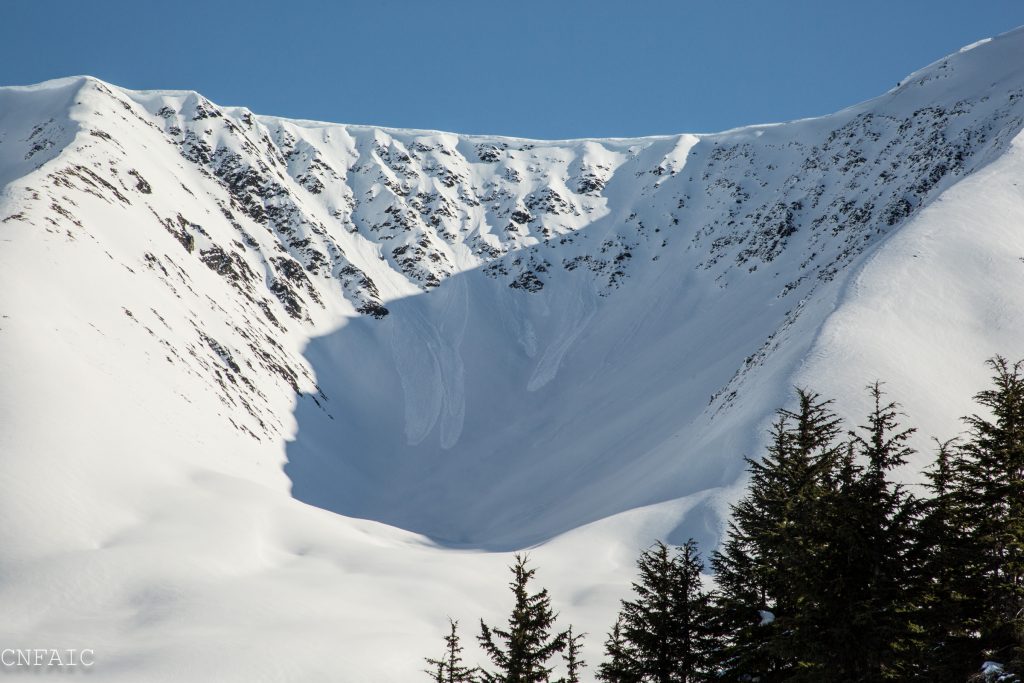 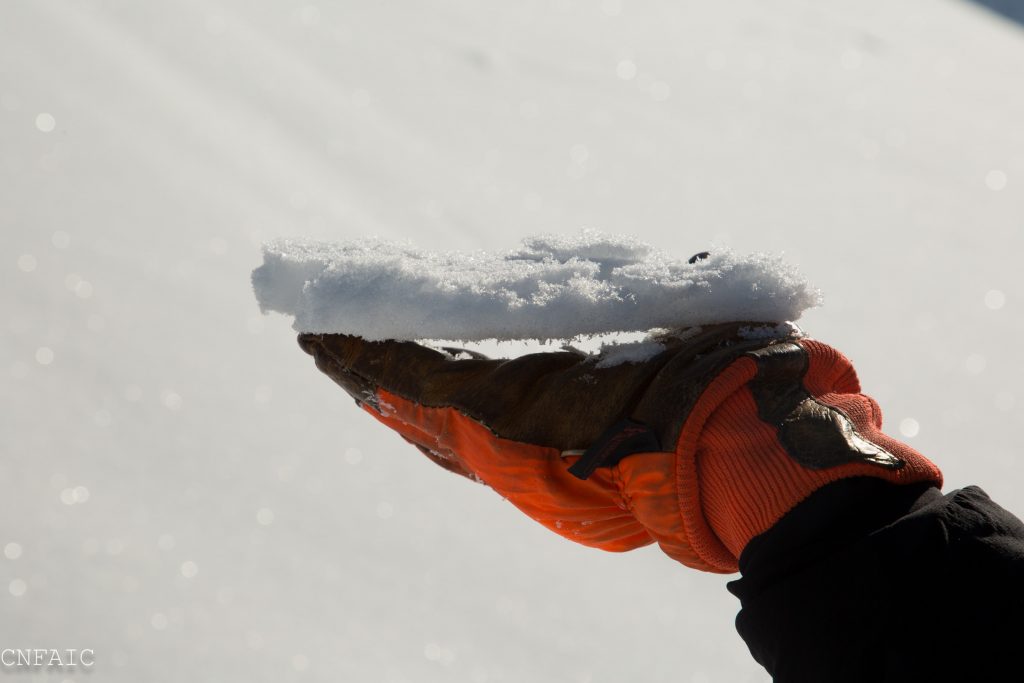 Sun crust from a southerly aspect 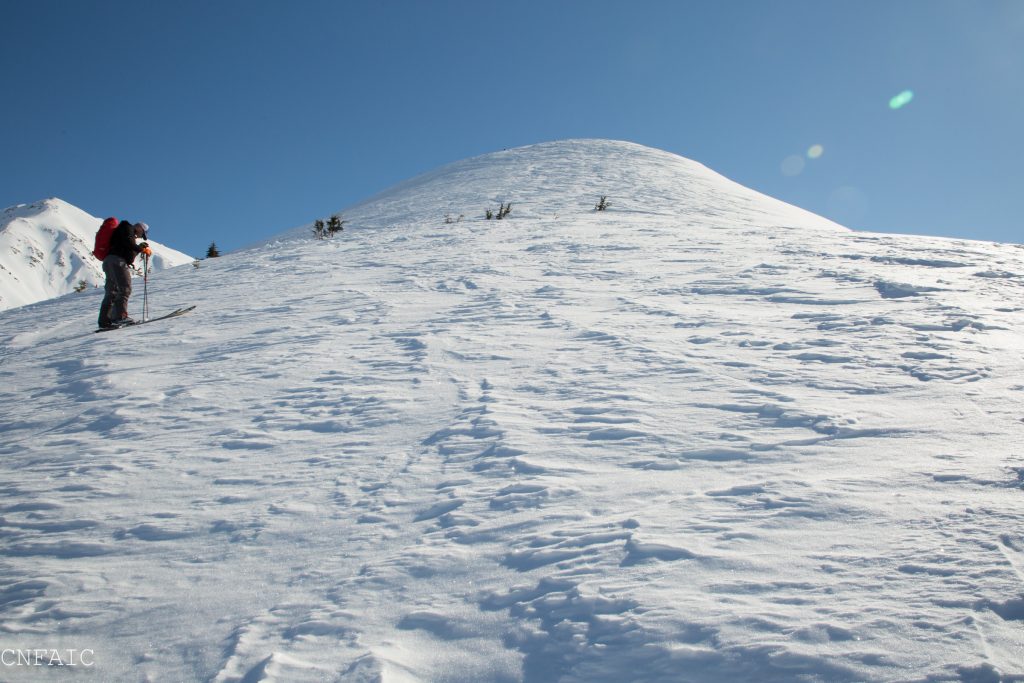 Wind effected snow in the alpine 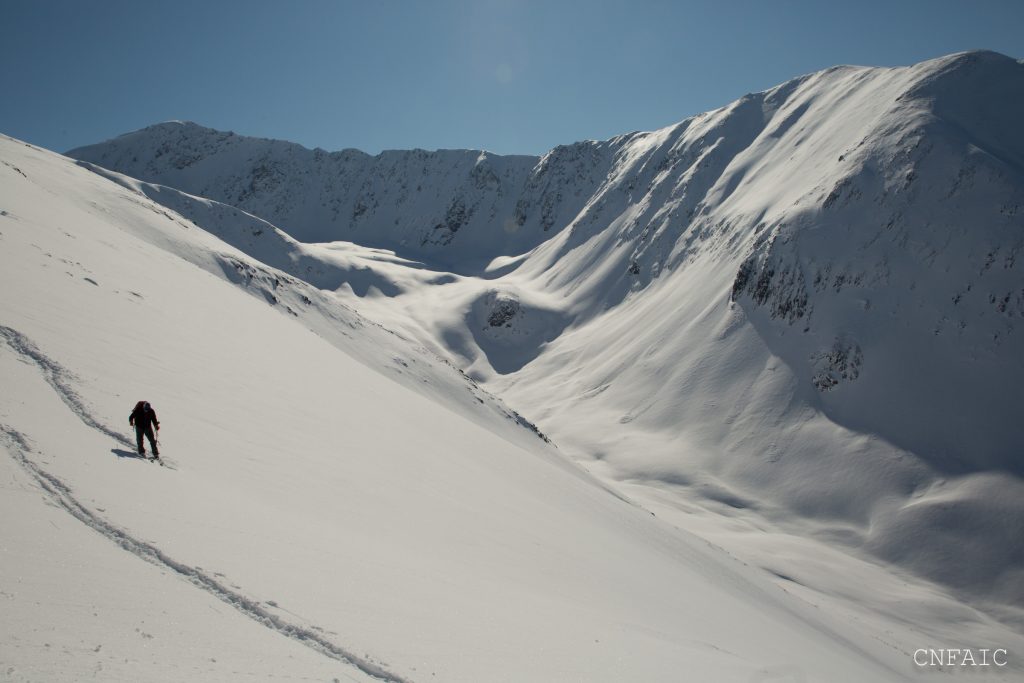 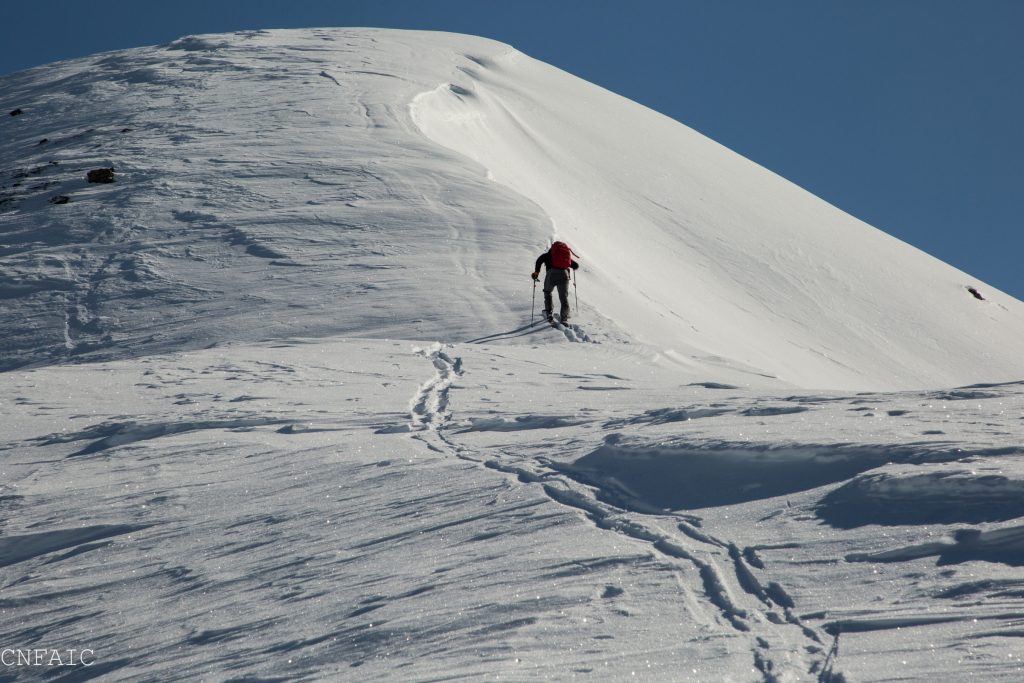 Non breakable wind crust to the left by the rocks, 2-3" of soft wind transported snow on the right by the edge of the ridge. 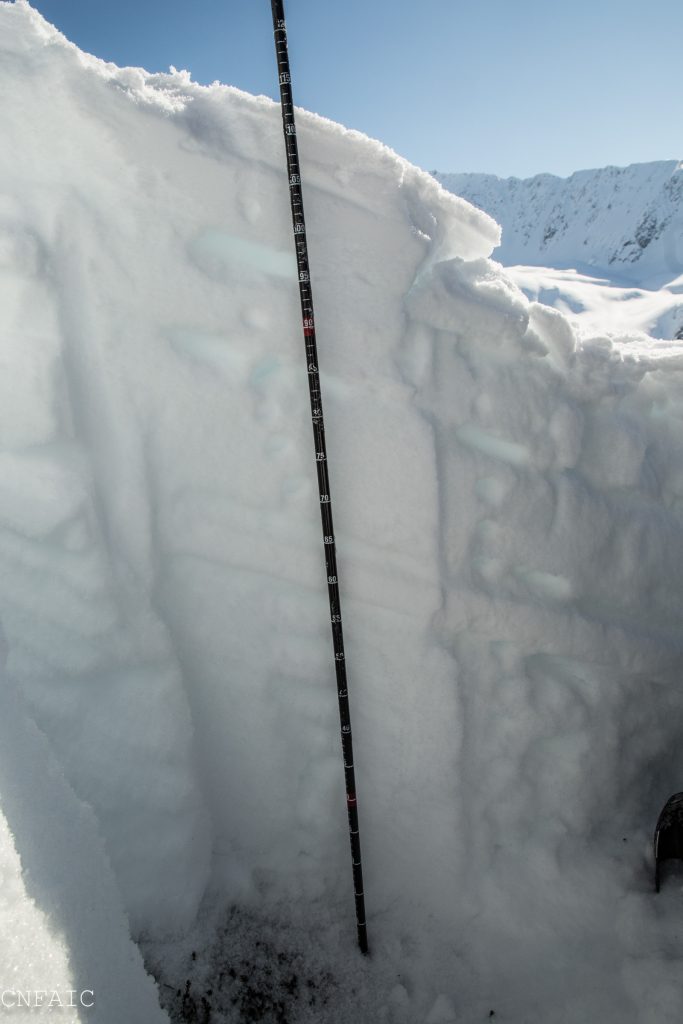 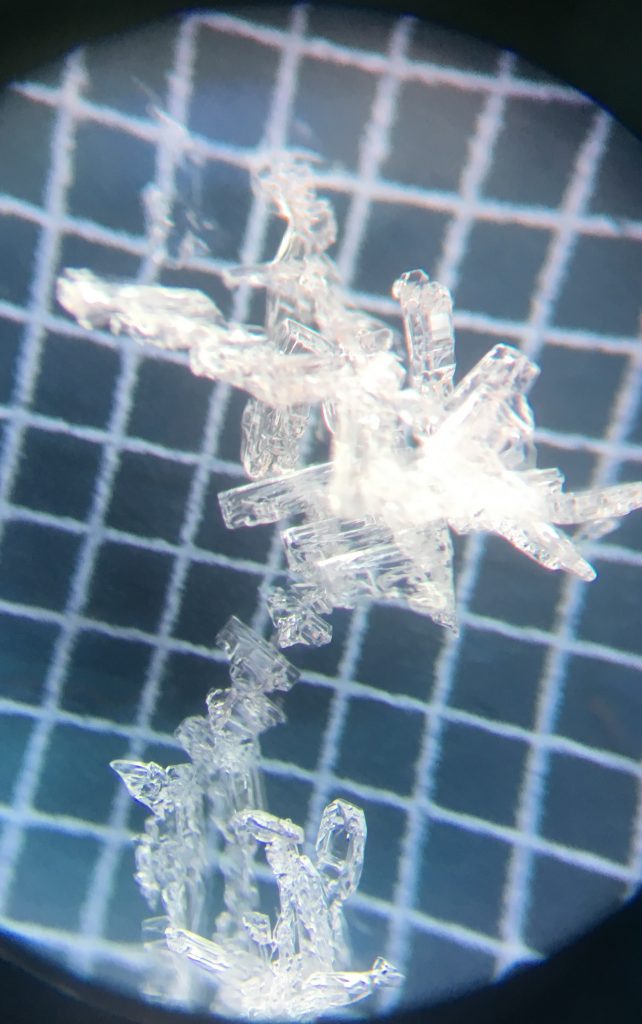 Striated near surface facets from Pit 2. Grid size is 1mm. 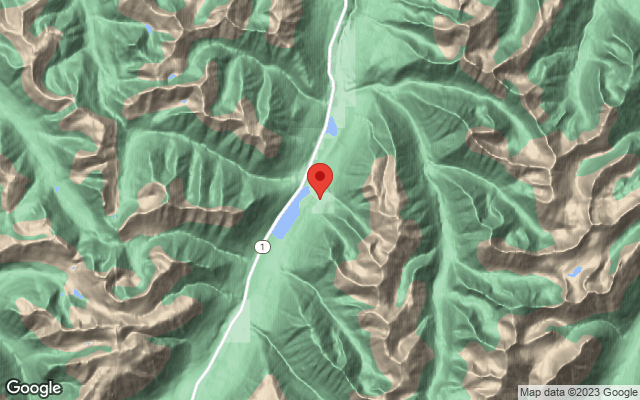