Generally the avalanche danger will be LOW today throughout the advisory area.   However, if areas see more than about 6 € of new snow and winds in the 20’s mph range, the danger will rise to MODERATE where a skier could kick off a fresh, shallow wind slab.   This is more likely in areas susceptible to wind, such as the alpine.   New snow at all elevations will not bond well to yesterday’s loose surface, so keep in mind that steep terrain could also produce loose snow avalanches with higher volumes than we’ve seen this season.

*Continue to practice good travel habits; exposing only one person at a time in avalanche terrain, watch your partners, communicate, have an escape route planned and group up in safe zones.

The Chugach National Forest is monitoring snow coverage and depths across the Forest daily for a motorized opening.   A 36 € base is a general number the Forest uses to determine an area opener but that could be more or less depending on snowpack density  Thanks for your patience and don’t let up your snow dance €¦.. The forecast looks promising!

With skiers and riders eagerly anticipating a change in the weather pattern, yesterday afternoon did not disappoint with the first few flakes falling in over two weeks!  Though yesterday’s surface is now buried, let’s not forget the poor foundation we’ve laid during the first half of December.  Effectively we’ve got buried surface hoar (Nov.16th) obscured by about 12” of loose faceted (sugar) snow capped off by more surface hoar now buried by last nights new snow.  It’s unlikely we’ll get enough of a load today to build a slab on this weak foundation, but with an increase in easterly winds, a skier may be able to tickle out a shallow, tender wind slab.  Any avalanche today is expected to be small and manageable.  That being said, be mindful of terrain traps such as cliffs and rocks where the consequences of getting caught up in a small avalanche are compounded.  Light snowfall is expected to continue throughout the day and increase in intensity after dark.  If snowfall rates begin to intensify during daylight hours, the avalanche danger will rise to moderate, making small, human triggered avalanches possible, particularly in the alpine where wind will be more of a factor. 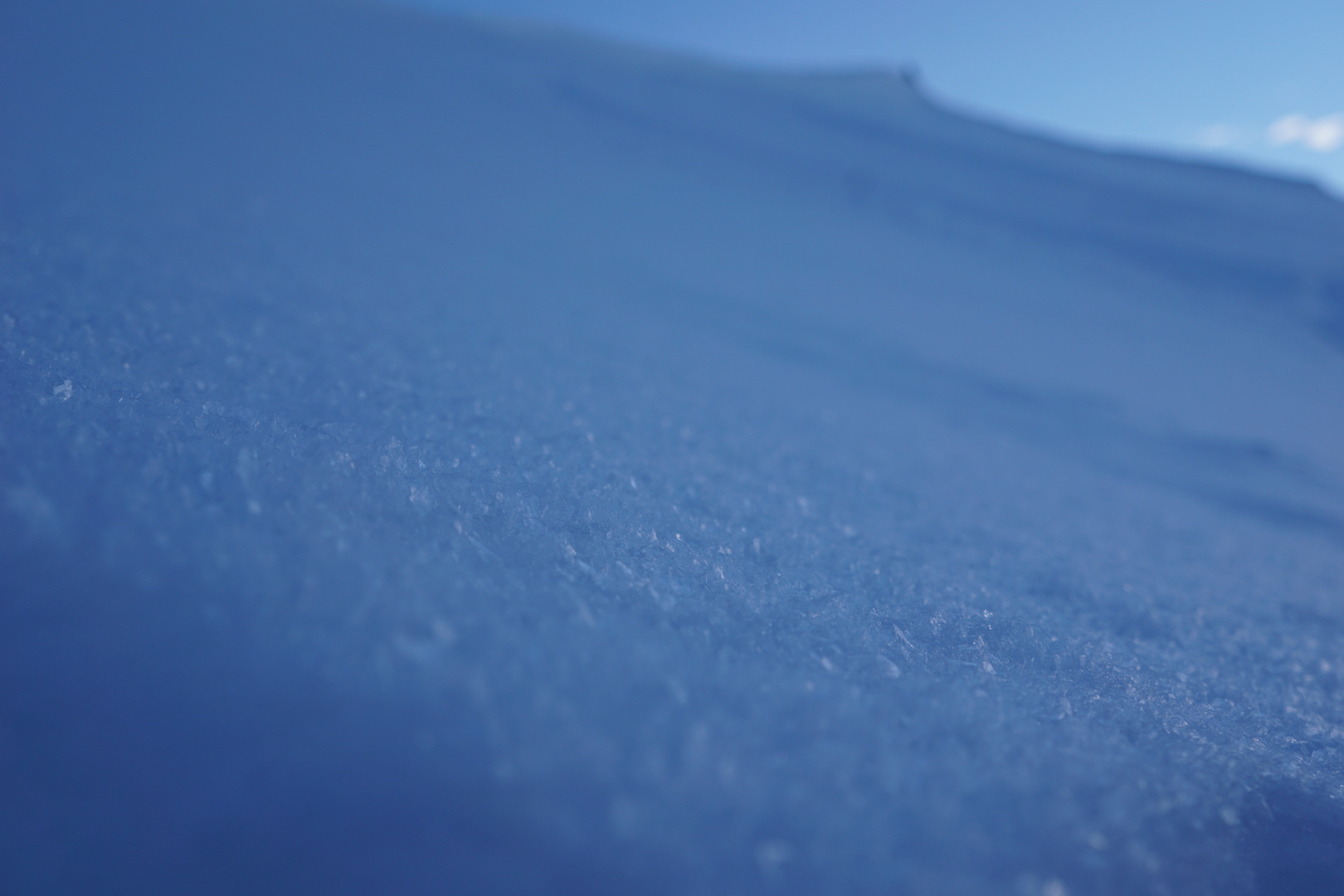 Yesterdays surface: 2-3mm surface hoar, mostly laid down and resting on a 10-12″ layer of weak faceted snow.  This thick layer of facets is likely to act as our next weak layer.

The temperature inversion broke yesterday afternoon with temps at sea level rising from single digits to the mid to high 20’sF overnight.   Ridgetops temps were comfortable in the low 20’s for most of the day and winds began to kick up from the ESE last night with the approaching storm.   Skies were mostly clear with high clouds streaming in during the daylight hours yesterday and the first few flakes falling around 5PM.

Storm totals overnight were less than impressive with Summit Lake looking to be the winner with about 3 € new snow.   Turnagain pass and Girdwood are reporting 1-2 € this morning.

Today we can expect a bit of a lull as this current short wave moves out of the area to be replaced by a slightly stronger wave of energy this evening and overnight.   We can expect light snow during the daylight hours (another 1-3 €), ridgetop winds from the SE in the 10-25mph range and temps at 1,000′ in the 26-33 degree range.

In general we have entered a stormy period, where a parent low in the Bering Sea looks to be supporting unsettled weather across south-central Alaska at least through the weekend.   For the most part temperatures appear to be cold enough to support mostly snow to sea level, though we may see a short period of rain/ snow at sea level overnight tonight before turning back to snow by the weekend.