A quick hitting storm on Thursday, Nov 5th has dropped 12-15″ of new snow above treeline in the Turnagain Pass area; smaller amounts below treeline and at the road. Strong winds  accompanied the new snow, which has likely formed large drifts and wind slabs. This is a classic “rapid loading” event that has increased the avalanche danger and caution is warranted the next couple days.

If you are headed into the backcountry on Friday or over the weekend, keep in mind HUMAN TRIGGERED AVALANCHES ARE POSSIBLE. These are most likely to be stiffer wind slabs 12-18″ thick and in areas that were windloaded during the storm. Things to keep an eye out for:

All of the above indicate an unstable snowpack and the potential for a person to trigger an avalanche.  Don’t be fooled by the thin snow cover as it does not take much snow to cause a dangerous slide. Ways to reduce your risk:

1)  Always be on the lookout for the 4 clues stated above
2)  Quick hand pits are a great way to suss out how the new snow is bonding to the snow beneath it
3)  If you want to avoid avalanche danger altogether, stick to slopes below 35 degrees with nothing steeper above you
4)  Expose only one person at a time if choosing to travel in steeper terrain

The new snow is sitting on roughly 6″ of older snow, making the total snowpack depth in the neighborhood of 1-2 feet; depth increasing with elevation. This is just enough snow to hide rocks and other hard objects that could ding your equipment, or your knees. 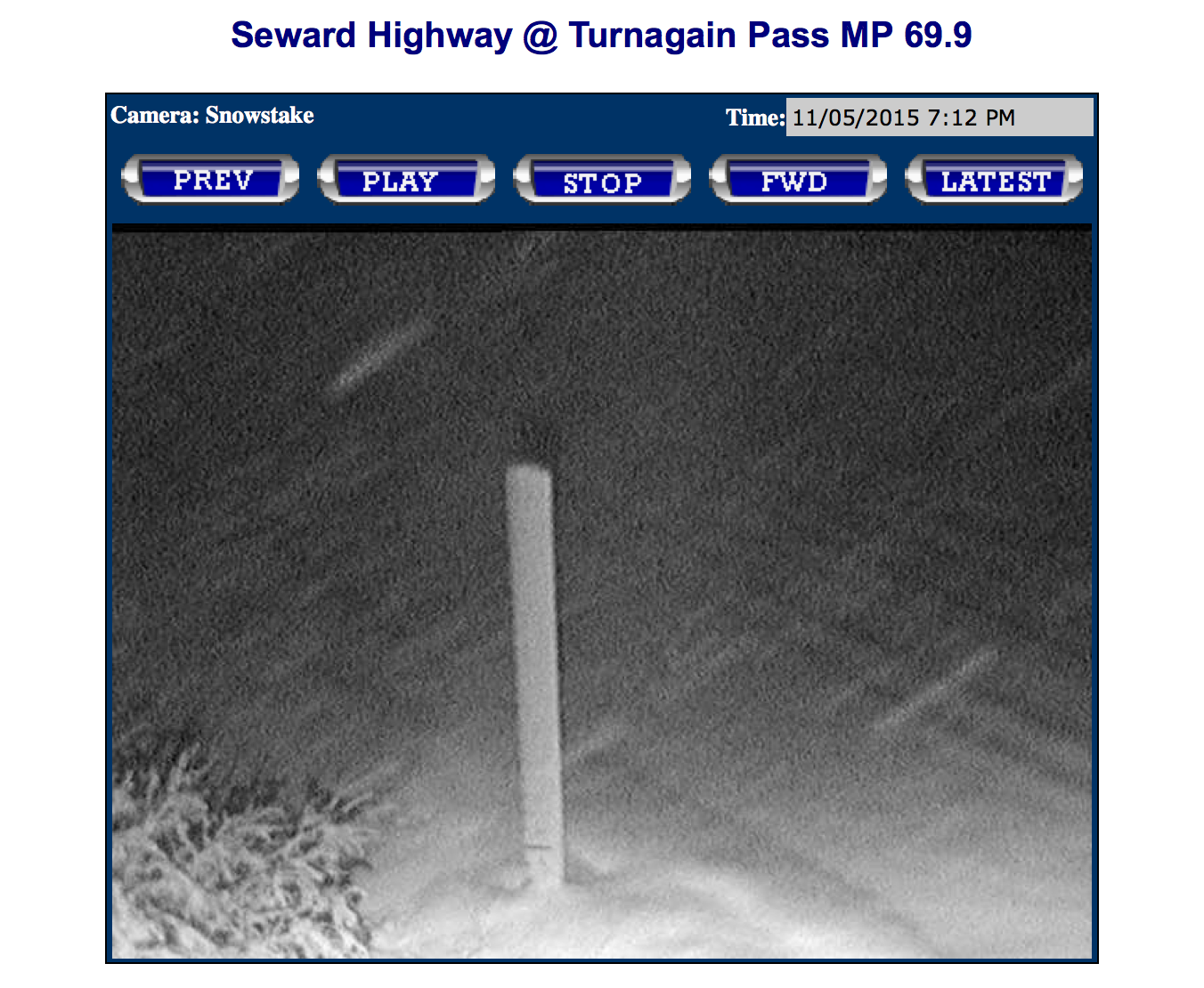 This is the AKDOT snow stake on Turnagain Pass from Thursday evening (still image of ~6″ accumulation but snowing heavily – and we will take it after last winter…).

Have a safe weekend everyone !!