As our cold and clear weather persists, we continue to be high and dry for snowfall this early season. However, the weather models are showing a low pressure system developing south of the Aleutians,  this  will hopefully track in our direction for the weekend.

Where does our snowpack stands as of now? Weak and thin. We have roughly 6″ to 30″ of snow on the ground from sea level to 4,000′ respectively. This snow is becoming looser and more faceted by the day. In exposed areas, much of the snow cover is being capped by variable wind crusts and/or a thin melt-freeze crust (the melt-freeze crust was formed by a warm air mass that moved through last Thursday – see graph in mt. weather section). Old wind slabs are scattred about as well. Yet, these crusts and older slabs are slowly being eaten away by the cold temperatures.

The last avalanche activity was 5 days ago on Nov 14th when several point release damp snow avalanches occurred due to the warm temperatures. Before that was the Nov 10-11 storm day avalanche cycle.

Below is a photo that was sent in on Sunday showing the snow surface in the Summit Lake area. This image also captures what has been seen in the Turnagain area: A thin wind/melt-freeze crust with very loose snow in variable depths underneath. 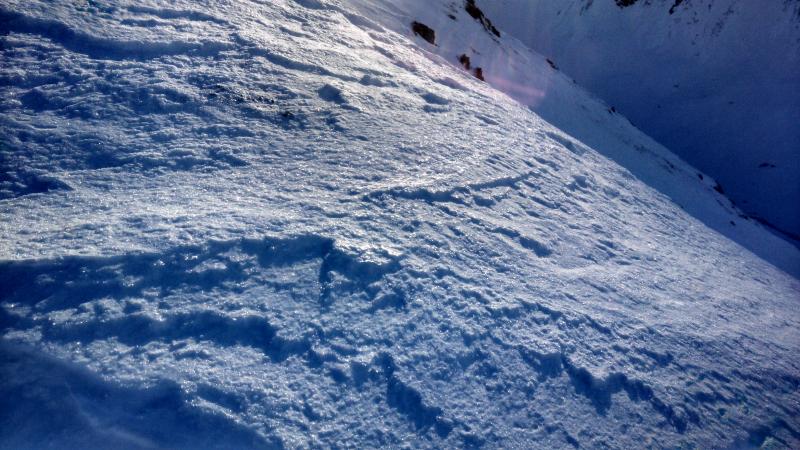 As we look forward to the next snowfall we are keeping a close eye on how this existing surface develops. Right now, we have a classic weak layer set up: faceted snow on the ground, intermittent crusts capping that and in some location surface hoar topping the whole enchilada. Things are looking ripe for some exiting avalanche conditions with the next storm.

Note: Thanks to those folks who have passed on observations  !

With minimal snow cover on the ground in the Turnagain Pass area, we are still issuing intermittent updates. Full advisories, 4-5 days a week, will begin with the next good storm system – hopefully not too far away. Starting in early December we will be fully funded and staffed with the arrival of John Fitzgerald (aka “Fitz”) and  7 day a week forecasts will begin.

Winds lately have been mainly from the northwest. However, with terrain channeling we have been seeing south and southwesterly winds as well – mostly confined to the mid elevations. If you are getting out in these frigid conditions, keep a look out for any wind deposited snow on just about any aspect. These are likely stubborn and stiff but also likely sitting on loose faceted snow and something to watch for.

Photo below was sent in Saturday Nov 16th – Pastoral Peak from Tincan. Even though it’s been a few days, this continues to be the theme in the Turnagain region – clear sky and moderate NW winds. Note the wind in this picture is blowing from the SW due to terrain channeling. 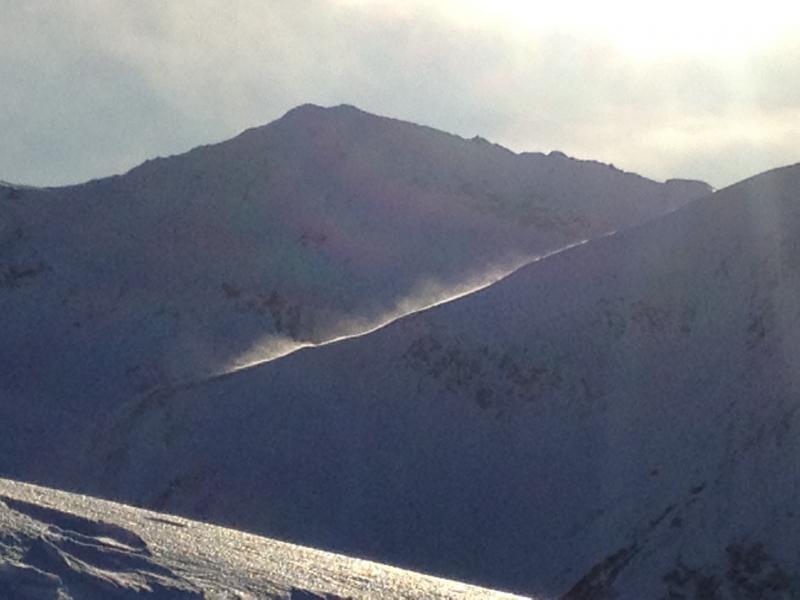 Most of Alaska continues it’s descent into the deep freeze – as seen by the green line in the graph below. Minus single digits have covered most areas during the past 24hrs and a nice inversion has set in with minus double digits in the creek bottoms. Winds have been NW for the past five days blowing 5-15mph with gusts into the 20’s on the ridgelines.  The persistent clear/cold weather will last through Wednesday and our next chance for snow looks to be Thursday night into Friday. Stay tuned. 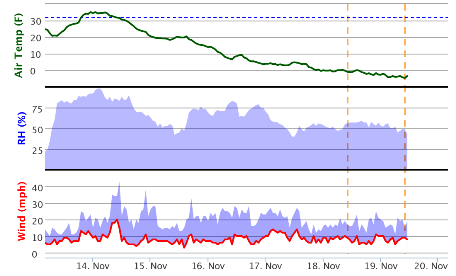 Wind above has predominantly been from the NW during this entire period. The warm up on the 14th was due to a warm moist air mass that quickly moved through from the west.

Our monthly weather charts are now up and running. These are updated every few days and found on the Weather History link under the Weather tab. Here is November to date.

Sunburst and Seattle Webcams: We are working on getting these back up and running and apologize for  the inconvenience.