As the weather starts to change today be aware of changing avalanche conditions. The forecast is calling for 1-6″ of snow over the next 12 hours combined with moderate Easterly winds. This is enough wind and precipitation to form new wind slabs on steep leeward features, unsupported slopes or cross loaded gullies. Although wind slabs are expected to be small they could be tender, and even a shallow slab could have high consequences in the wrong place. Due to early season conditions, rocks and exposed terrain features are abundant and pretty difficult to avoid right now. Its important to keep in mind that our current surface conditions will be suspect weak layers as snow starts to accumulate. Cold temperatures over the last few weeks have faceted out the snowpack in many places creating a weak foundation. There is at most seven inches of low density snow is sitting on the ground from the road to mid elevations of Turnagain Pass, and in the alpine it’s extremely variable. Check out recent observations and a video below from  Seattle Ridge  and  Tincan  this week.  Remember if there snow to ride, there’s enough snow to slide! Pay attention for any clues of instability: wumpfing sounds, shooting cracks, or any recent avalanches.

This week expect a big pattern change in the weather as a strong low pressure moves into the Gulf of Alaska. Although there’s still some uncertainty as to how much precipitation the Kenai Mountains will get, expect warmer temps and a shift away from the cold pattern we’ve experienced over the last few weeks. We will be issuing another update on Monday and if this storm materializes, Monday will mark the beginning of daily advisories. 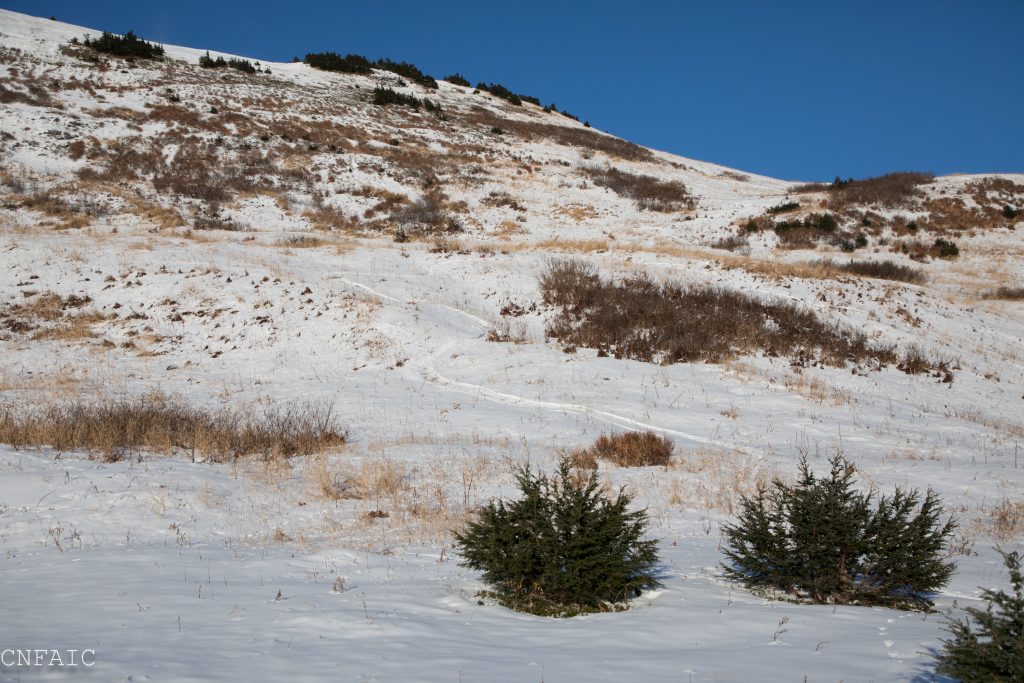 Facets have been forming throughout the month of November due to cold temperates and a very thin snowpack. Our current surface conditions could be our next problem layer once we get snow. 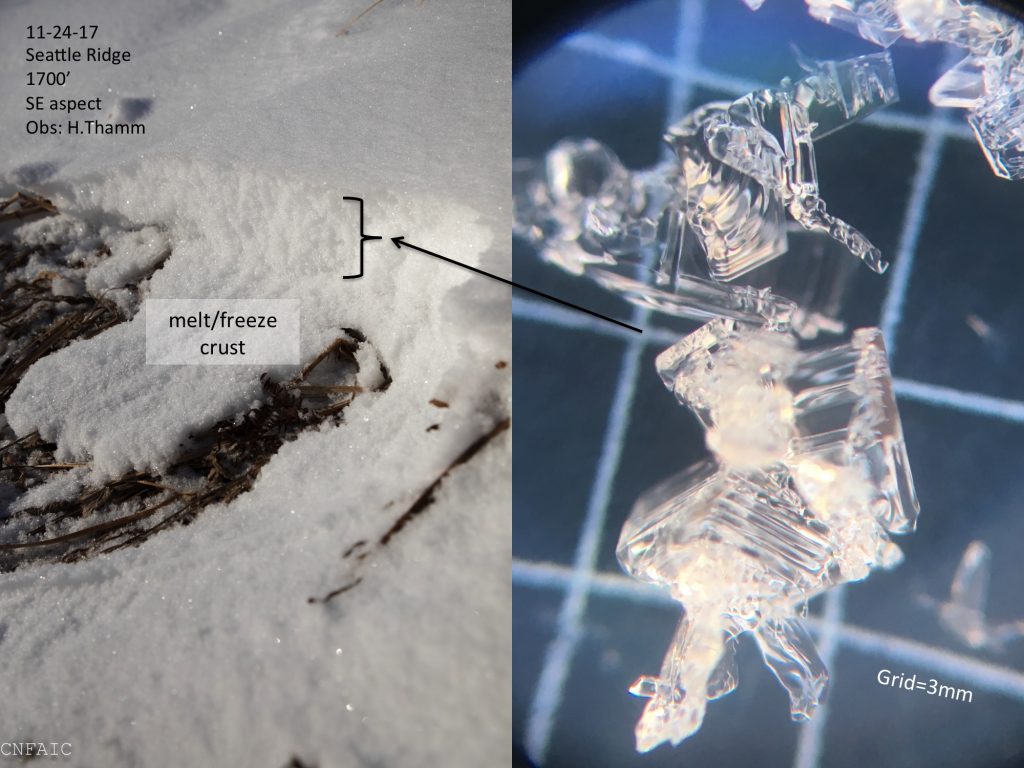 Keep an eye out for hollow sounding snow and avoid steep terrain if it looks to be wind loaded: smooth pillowed features. 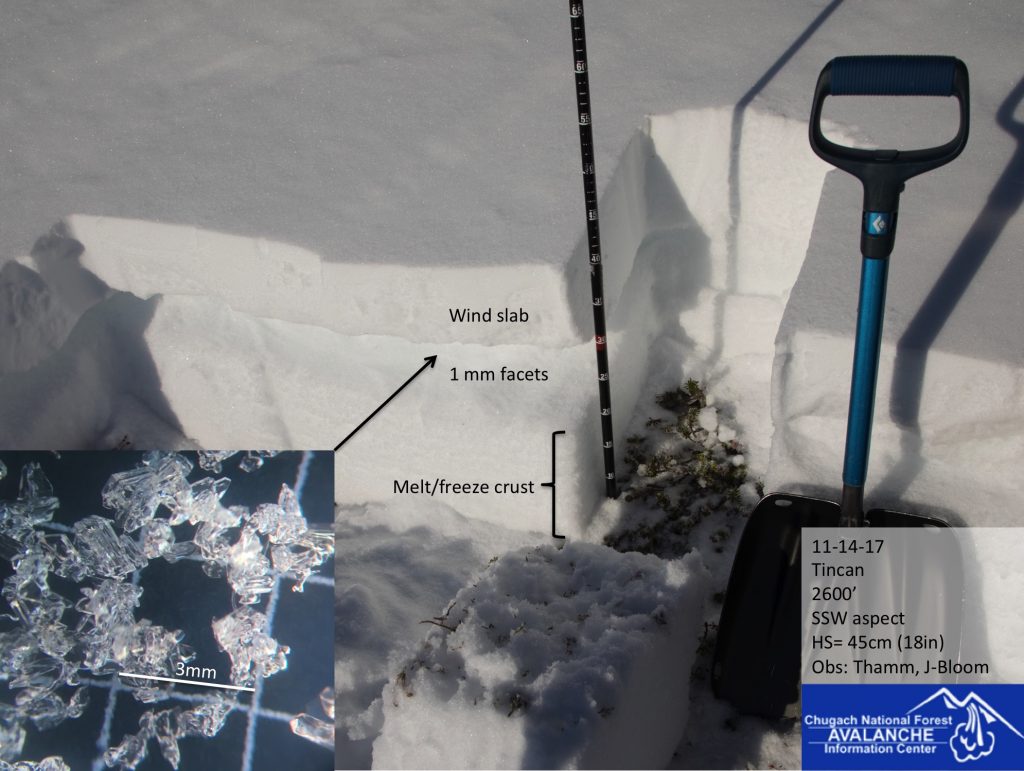 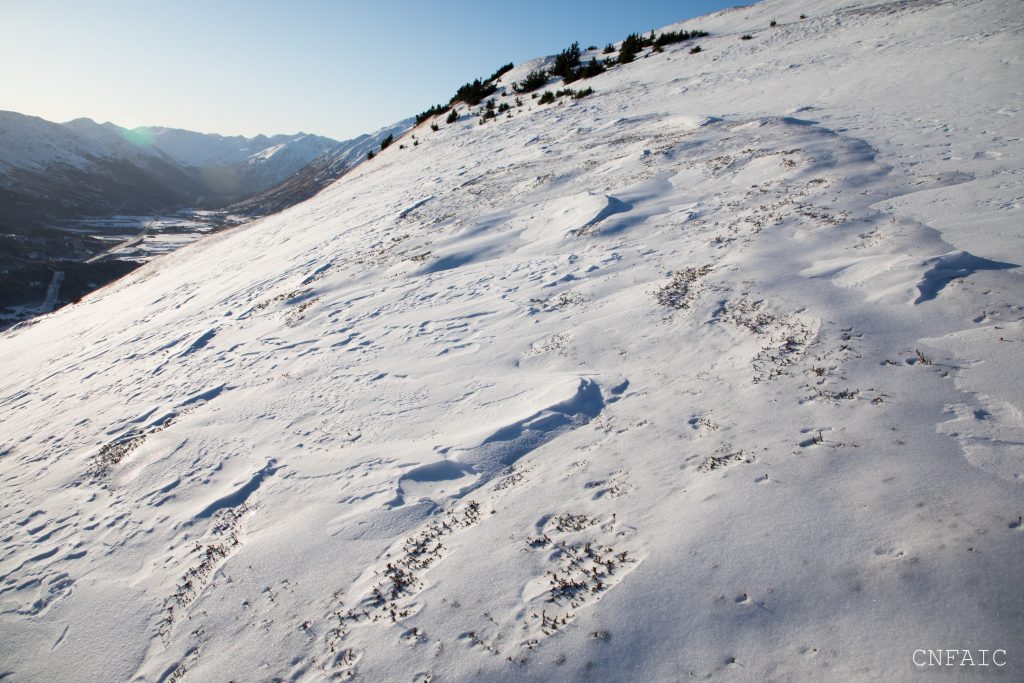 Are you Rescue ready?

An avalanche transceiver, shovel and probe are the minimum required avalanche rescue equipment for backcountry travel, but simply carrying this gear isn’t enough. This means making sure your equipment is up-to-date and functional, and you are proficient at using this gear under stress. Old avalanche beacons should be up graded to new technology similar to how we upgrade our smart phones. Replace batteries, assemble your probe, and practice before you go into the mountains. Everyone should strive to become an expert at companion rescue. This means taking an avalanche course and practicing your skills regularly under stress. Refreshing your avalanche rescue skills is just like keeping your CPR and first aid skills current. If its been more than a few years take a course you’ll be surprised how much has changed and how little you remember.

For weather information during these updates, see: