The avalanche danger remains MODERATE today above 1000’. Human triggered slab avalanches are still possible in steep terrain that has seen prior wind effect due to a layer of weak snow, buried 1-2’ deep. Evaluate the snowpack and terrain carefully. Give cornices a wide berth, limit time spent under glide cracks and watch your sluff.

SUMMIT LAKE: This area was more impacted by the NW wind event on Sunday and Monday with natural avalanches observed. There are multiple buried weak layers in the snowpack.  Extra caution is advised. Choose terrain carefully.

With clearing skies and light winds, travel into the upper elevation terrain will be appealing today. While there is plenty of soft snow to enjoy it will important to pay attention to and look for past wind-loading.  This might take a bit of investigation due to the few inches of snow that fell Tuesday night without wind. The goal is to avoid steep slopes with the prior loading. There is a weak layer of snow (surface hoar and near surface facets) that formed early last week that was subsequently buried by the snow that fell at the end of the week. After the snow there was wind from both the east and the west which formed wind slabs over the weak layer on different aspects. Over the weekend there were human triggered wind slab avalanches and a couple of natural avalanches in Summit Lake on Monday. As time has passed since the wind-loading and because of the type of weak layer, we are now dealing with a persistent slab issue. The most suspect areas are loaded slopes at higher elevations.  Keep in mind that the amount of snow that fell was also really variable across the forecast area. As you choose where is go today it will be important to determine whether the wind formed a slab of stiffer snow above the weak layer or not and how deep the slab is. As you travel is the snow loose and sugary or stiff and supportable? Do you sink into soft snow on your skis or snowmachine or not?  Be on the lookout for signs of instability like cracking, whumpfing. Also know that signs of instability may not be present even though avalanche danger lingers when you are dealing with a persistent weak layer in the snowpack.  Slab or no slab? That is the question to answer as you travel today!

Loose snow avalanches (sluffs): Sluffs are likely to be high volume and fast running. They could entrain the few inches of new snow as well as the faceted snow that sits below it. These could have serious consequences if they carry you into terrain traps like cliffs, trees, or rocks.

Cornices: Large cornices are peeling away from ridgelines and cracks are opening. Be sure to give them plenty of space along the ridge and minimize the amount of time you spend below them. 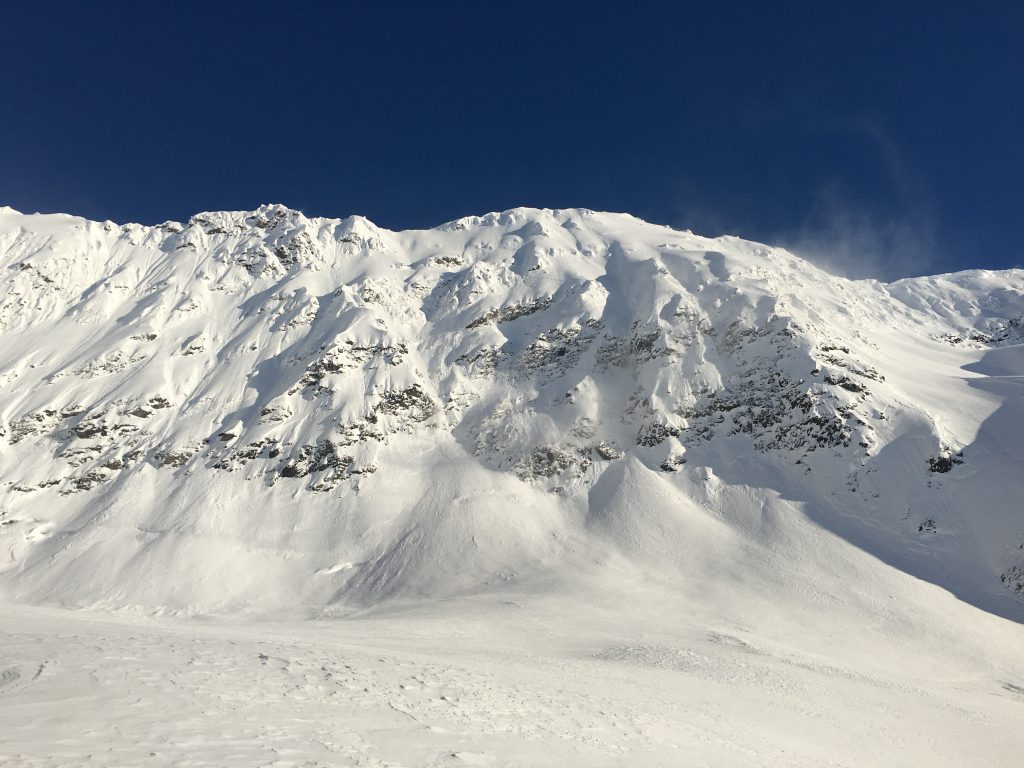 Wind moving snow off the ridge, and down the slope, Glacier Gulch, 2.1.21 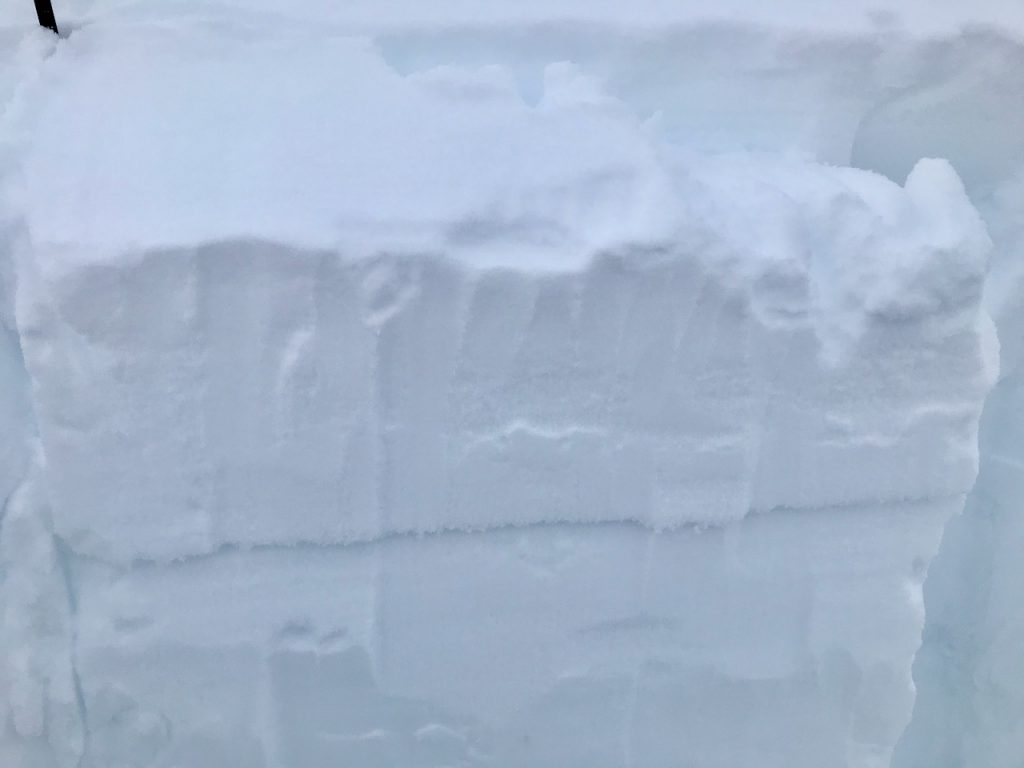 Extended column test showing propagation on a layer of buried near surface facets in Summit Lake, 2.2.21.

Tomorrow: Skies will be mostly cloudy with a chance of snow showers in the afternoon and evening.  Temperatures will be in the 20°Fs and winds will be light and easterly.  Looking ahead to the weekend the clouds will move out on Saturday with some sunshine in the forecast for afternoon and on Sunday.