The avalanche danger is CONSIDERABLE. Human triggered storm slab avalanches 2-3′ deep are likely and natural avalanches are possible. The avalanche danger may rise to HIGH late this afternoon as winds increase and snowfall continues. Caution is advised today, carefully select terrain and be aware of the consequences. Avalanches may be large and dangerous.

The National Weather Service has issued a Blizzard Warning starting at 3 pm this afternoon in effect until 4 am tomorrow, January 30th.

PORTAGE VALLEY: Snowfall and wind are forecast to be intense in this area. The avalanche danger is HIGH.  Today is not the day to go to Byron Glacier and avalanche paths may run to the lake late in the day as the winds increase.

Conservative travel is recommended today. The likelihood of triggering a large slab avalanche in steep terrain is increasing. There is weak snow that formed during the long cold, clear period. This is now buried 1-2′ deep and will be even deeper after the storm today. The snow that fell Monday triggered a few small avalanches but was still mostly light, soft and not acting quite acting like a slab. That may all change today. Four to eight inches of snow has fallen since yesterday morning, it is snowing now and there is more snow in the forecast. The temperatures are rising so the snow will be heavier and strong winds starting this afternoon could quickly add weight. Snowpack tests yesterday showed the potential for the buried facets and surface hoar to become reactive with more of a load. As the slab develops over the weak snow avalanches could become large and may even be triggered remotely. Pay attention to both how steep the slopes are that you are traveling on are and what’s above you. When the winds increase this afternoon the potential for natural avalanches and cornice falls will also increase. Look for cracking and collapsing (whumpfs), both signs that the snowpack is unstable and choose terrain very carefully. Don’t be the trigger that tips the balance! The snowfall today will be heavier than yesterday creating an upside-down snowpack. This may act as a slab on it’s own and an avalanche triggered in the upper snowpack may step down to the lower weak layers.

Loose snow avalanches:  On steep slopes where the slab hasn’t developed loose snow avalanches (sluffs) both natural and human triggered may occur. There is now both old soft snow and new soft snow that may easily move and be quite pushy. This is another good reason to choose terrain carefully. 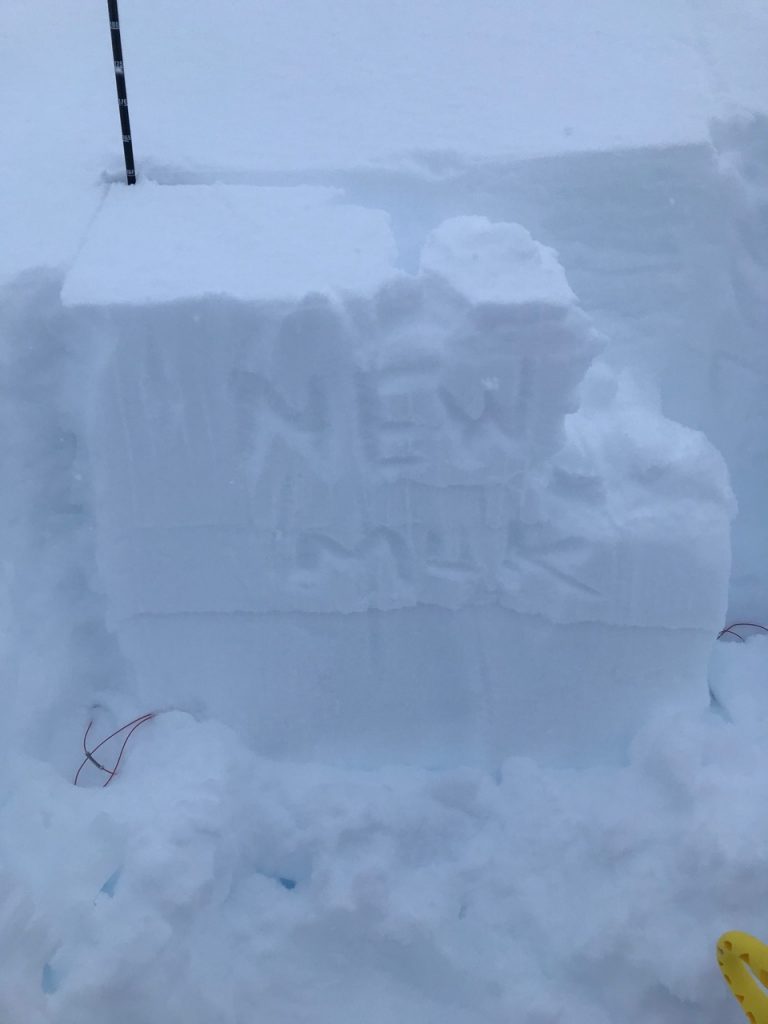 Snowpack test at 2500′ on Tincan yesterday failed on the weak snow below the MLK jr storm snow. More load is expected on top today. 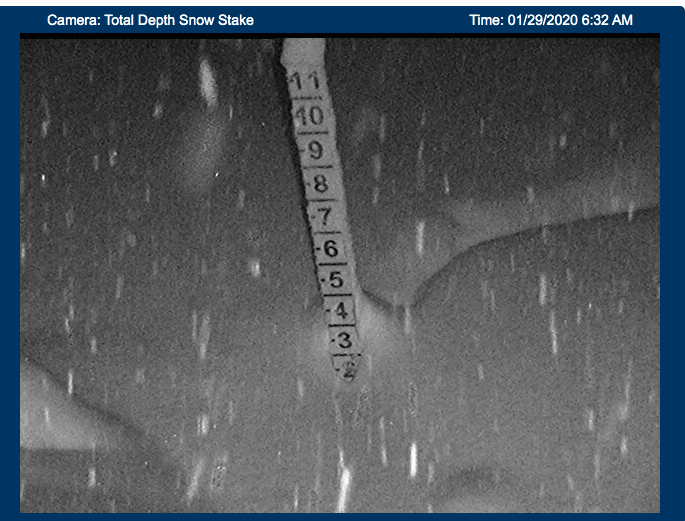 Turnagain Pass snowfall this morning. More snow load is being added to the snowpack with buried weak layers.

Yesterday: Skies were mostly cloudy with a quick mid-morning clearing. Light snow started up again in the afternoon with 4-8″ of accumulation. Winds were easterly 5-15 mph with gusts into the 30s. Temperatures ranged from below zero into the low teens with a slow rise during the day. Overnight at most locations temperatures continued to rise into the high teens. Winds were easterly and snowfall continued, favoring Turnagain Pass.

Today: Snow to sea level will continue and may be heavy at times. Portage to Turnagain Pass will be continued to be favored by this system with another 10-15″ in the forecast. Winds will be easterly 10-25 mph with gusts into the 30s. Winds will increase in the afternoon becoming 25-40 mph with gusts into the 60s. A Blizzard Warning in effect from  3pm today until 4 am tomorrow. Temperatures will be in the mid teens to high 20Fs.

Tomorrow: Snow showers are likely with temperatures in the teens. Temperatures will drop back into the single digits by the evening. Winds are forecast to decrease in the early morning but remain easterly.