The avalanche danger remains LOW at all elevations. Triggering an avalanche is unlikely in the majority of the forecast zone. There could still be a chance however a person might find and trigger a small old wind slab on a crust in upper elevation steep terrain. Additionally, small sluffs on steep slopes harboring several inches of loose snow over a crust may also be triggered.

With continued quiet and chilly weather, the snowpack remains generally stable and we are in a Normal Caution regime. The two small avalanche issues one might encounter on steep slopes are some old lingering wind slabs and even a small sluff or two. The amount of debris that could be generated is not likely to be enough to bury a person, more likely to knock someone off their feet.

Old shallow wind slabs:  These are shallow, less than a foot deep, and found in isolated areas in the upper elevation terrain. They are most likely sitting on a crust and, due to being many days old, should be fairly stubborn to trigger.

Small loose snow avalanches:  Small sluffs may be triggered on any steep slope with several inches of loose snow over the crust.

The surface of the snowpack is our focus now as this will be our future weak layer once buried. The several inches of windblown snow over the New Year’s crust is faceting and becoming looser and the crust itself is being eaten away in places by the cold temperatures. In short, the surface is quite variable. The crust is anywhere from very thin and breakable to over an inch thick and supportable. To cap it all off, a batch of surface hoar is forming; how large the feathers will get in the start zones will be a question to answer the next couple of days. 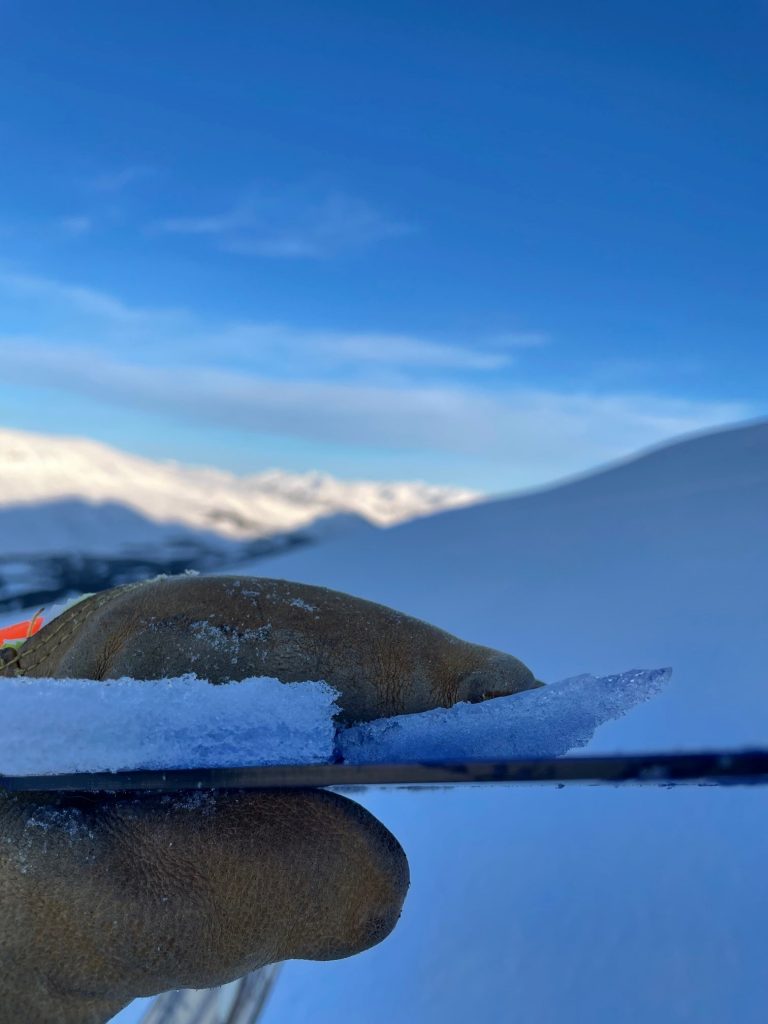 Thicker and thinner crusts that were found next to each other on Sunburst earlier this week. Photo Andy Moderow, 1.2.22. 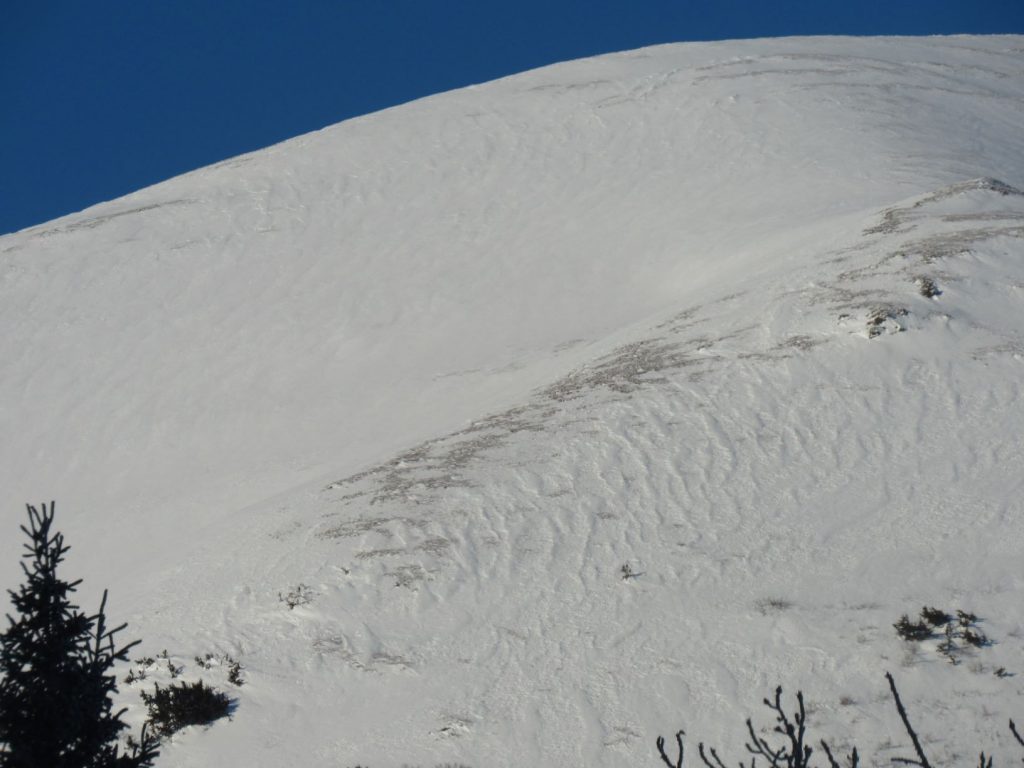 The big news we are all waiting for is: when is it going to snow again…?! There is a pattern change coming soon, but it’s looking like it’s being pushed back to Sunday into Monday. Weather models are showing a warm(ish) storm system pushing in late on Sunday that could bring heavy snowfall to Turnagain Pass and rain to sea level through the early part of next week. There is still a lot of uncertainty to the snow amounts and rain/snow line, but it should warm us up and hopefully make for some better riding and skiing conditions in places away from the impending avalanche hazards that will come along with the new snow.

Yesterday:  Mostly clear skies with light to moderate NW winds (5-10mph) were over the region. Temperatures remained cold, single digits along ridgelines and minus single digits in valley bottoms.

Today:  Another sunny day is forecast today. Ridgetop winds will remain NW in the 5-15mph range before turning easterly tonight. Temperatures are still in the -20 to 0F realm in valley bottoms this morning, but have warmed overnight along ridgelines and are in the 20’s above zero – a fairly significant inversion. Valley bottoms should warm several degrees through today.

Tomorrow:  Partly cloudy skies, some fog, and light easterly winds are forecast for Saturday. Temperatures should slowly begin to warm tomorrow ahead of the next weather system moving in on Sunday. Snowfall is expected late Sunday through the early part of next week. Stay tuned.