The avalanche danger is LOW on all aspects and elevations today. Triggering an avalanche is unlikely, but lingering wind slabs in steep terrain could still exist. The winds died down as of Monday so these pockets of wind slab should be stubborn to trigger. On steep terrain 3-5″ of new snow on top of an ice crust could cause dry loose avalanches (sluffs), which have the potential to knock you off balance but are not large enough to bury a person.

Another day of cold and clear weather with no major changes to the avalanche conditions. We are in a period of normal caution, where triggering an avalanche is unlikely but there are still hazards out there that we need to look out for. Over the past week a melt freeze crust formed on all aspects and elevations up to about 5000′ followed by 3-5″ of snow on top of the frozen crust that was then redistributed by strong NW outflow winds. In areas that were exposed to the winds the snow surface is mostly scoured back down to the crust. In protected areas or wind loaded terrain there is still some soft snow to be found.

Lingering Wind Slabs – The best chance of finding an avalanche right now is in steep wind loaded terrain where a pocket of wind slab up to a foot thick could release and run on the icy bed surface. These wind slabs could still be triggered by a person due to the cold temps and crust underneath, but it has been several days since the winds died down so they should become less reactive with time.

Dry Loose – In steep terrain where the wind has not stripped away the new snow it is possible that dry loose avalanches will run fast and far along the crust. With only 3-5″ of new snow over the crust these will be relatively low volume but a dry loose avalanche could be enough to cause a fall in steeper terrain.

With the current avalanche conditions being pretty static, we can start to think about what things will look like this weekend when we should get our first significant snow load in the past few weeks. The combination of an icy crust topped with a few inches of new snow that has been turning into facets during this week of cold weather could create a recipe for unstable avalanche conditions if a new load is rapidly added. In addition, we have seen some surface hoar forming at valley bottom elevations which could contribute to the new snow not bonding well to the existing snow surface. Overall, the surface conditions are quite variable right now with a mix of crust, wind hardened snow, and loose faceted snow that could cause a high degree of spatial variability with the avalanche conditions after the next storm. Stay tuned for more updates on surface conditions and snowfall estimates as the next storm approaches. 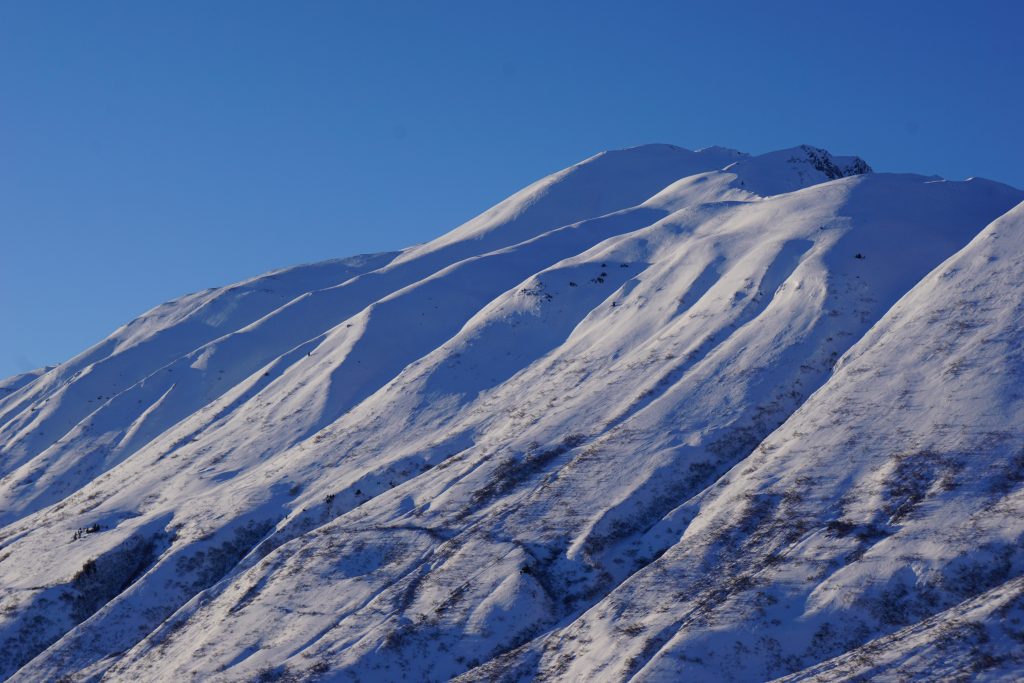 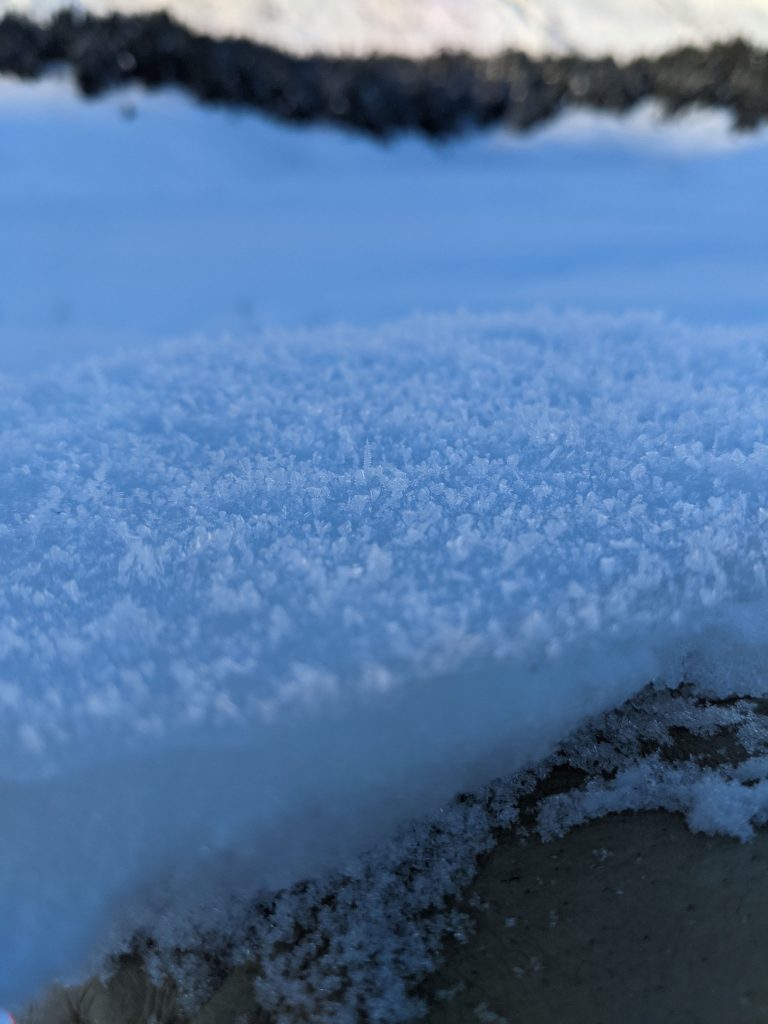 Surface hoar at valley bottom elevations could add to the potentially unstable conditions if we get a new load of snow this weekend. Photo 1.5.22

Yesterday: Cold and clear with calm to light winds. Some localized bands of clouds developed through the day but overall it was a beautiful and cold winter day.

Today: More of the same on tap for today. Temperatures should stay in the single digits with light winds in the 5-10 mph range.

Tomorrow: One more day of calm and cold weather on Friday before a low pressure system starts to impact our area through the weekend. Winds will shift to the east Friday evening and cloud cover will start to build overnight and through the day on Saturday. Snowfall looks to start Saturday evening and could persist for several days. The exact timing and amount of snowfall is still uncertain, but this looks like a storm that could favor our area.