The avalanche danger is  CONSIDERABLE  today.  Human triggered slab avalanches 2-3′ thick are likely on steep slopes and may be triggered remotely.  Careful snowpack evaluation, cautious route-finding and conservative decision-making are essential. Give cornices a wide berth and watch for wet snow moving in low elevation terrain.

SUMMIT LAKE:   Despite only a few inches of new snow, this area has a very shallow and weak snowpack. Strong winds may have overload buried weak layers and caution is advised if heading to this area.

LOST LAKE:    Caution is advised in the Seward region. New snow and wind have created dangerous avalanche conditions. Large human triggered avalanches should be expected in this zone as well.

Our deepest condolences go out to the family, friends, and everyone affected by the  fatal avalanche that occurred near Crescent Lake Saturday. Details are limited but CNFAIC forecasters will share pertinent information as it becomes available.  https://sewardsun.com/ €¦/one-dead-after-avalanche-near-cres €¦/

Triggering a large storm slab avalanche is still likely on steep slopes today and extra caution is advised. The snowpack still needs time to adjust to the recent load. The storm over the weekend brought 2-3 feet of snow and winds gusting above 100 mph. The snow fell on a variety of old snow surfaces including crusts, surface hoar and facets. There were a few natural avalanches that occurred during the storm reported yesterday. Observers in a couple of locations found the new snow bonding fairly well but overall there is still the potential for a large avalanche to be triggered. A few large whumpfs were experienced by groups in Turnagain and Summit Lake yesterday. Continued warm temperatures that can help the new snow bond to the old snow may first make the storm slab more cohesive and avalanches could be larger and more connected today. Wind-loaded areas are most suspect. High winds and heavy snow tend to make slabs lower down on the slope than expected, watch for pillowed areas and unusual loading.  The winds also created some mid-storm layers that were reactive and noted in observations. As temperatures rose yesterday the snow became wetter and heavier at lower elevations. Roller balls and wet sluffs/push-a-lanches may be possible today in steep low elevation terrain as there was no freeze overnight near sea level. Steer clear of cornices and choose terrain carefully. It may not be the first skier or snowmachine on the slope that triggers the avalanche and there is still the potential to trigger an avalanche remotely. 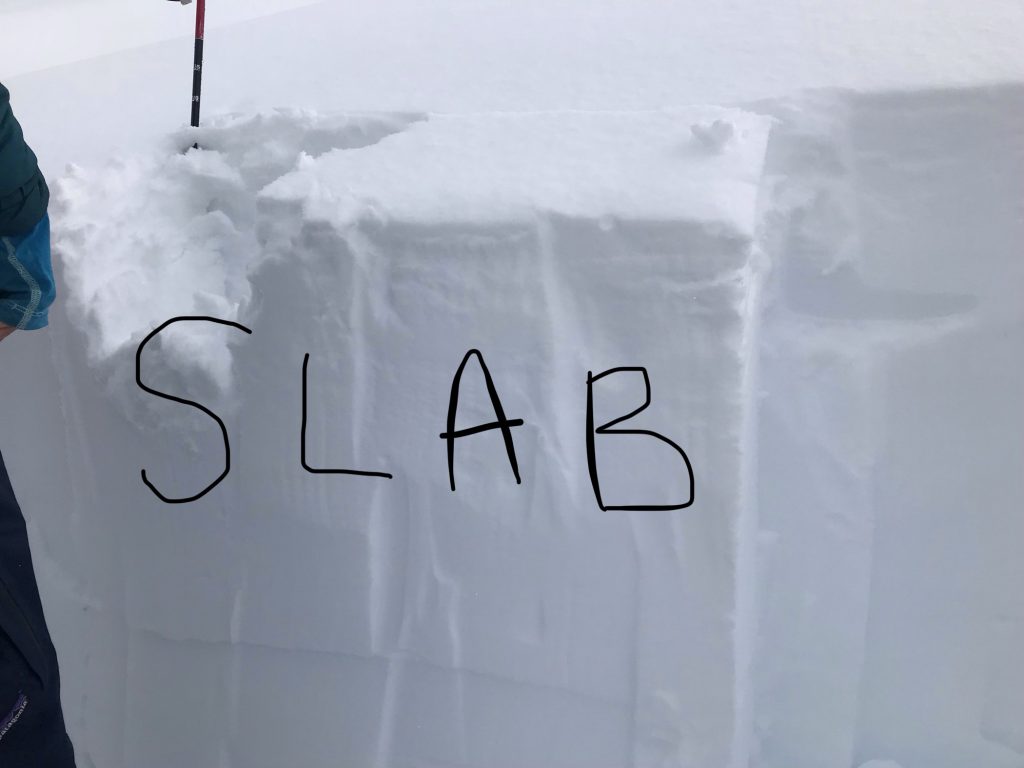 Storm snow at 1500′ on Tincan yesterday. There was propagation at the new/old snow (small facets) interface, 3-10-19. 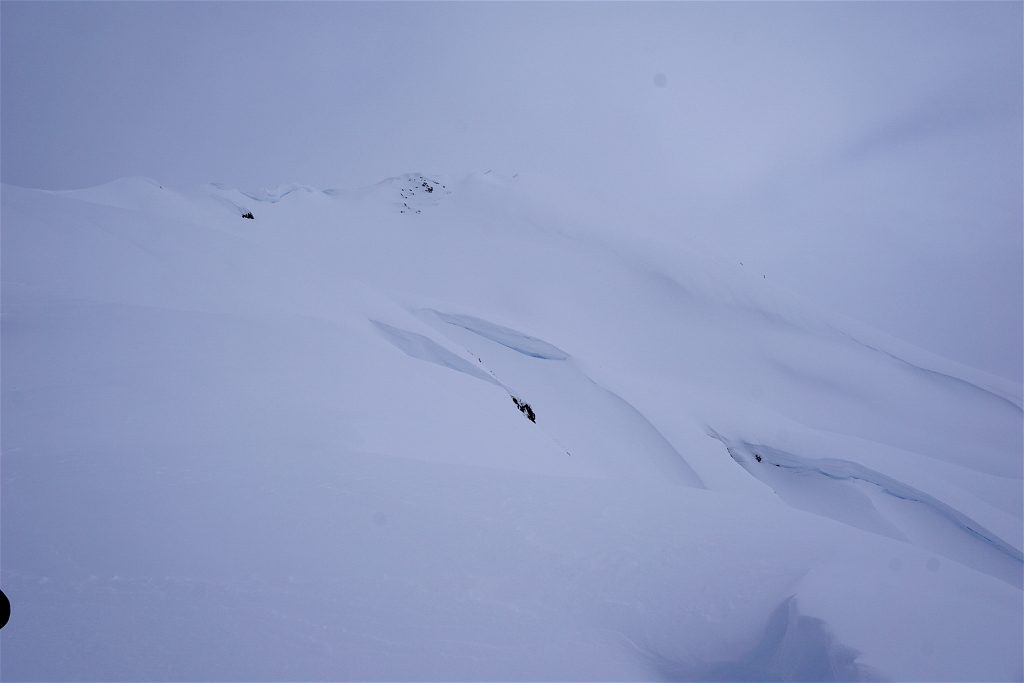 Today: Mostly cloudy skies with temperatures in the high 20Fs to high 30Fs. Snow and rain showers are forecast with a couple of inches of snow expected and rain/snow line around 1000 ft. Winds will be southerly 10-15 mph with gusts into the 20s and 30s. Temperatures look to cool overnight dropping into the teens and 20s.

Tomorrow: Partly sunny with temperatures in the 20Fs and 30Fs. Chance of snow showers later in the day.   Light winds increasing overnight into Wednesday. The next storm looks to impact the area Wednesday evening.