A generally  LOW  avalanche danger remains across the advisory area. Triggering a slab avalanche is unlikely. Watch for sluffing on steep shaded slopes, avoid travel under glide cracks and give cornices a wide berth. Pay attention to changing conditions.

Southeasterly winds kicked up yesterday averaging 5-10 mph with gusts into the high teens. This may have formed very shallow, small wind slabs in leeward terrain. Hopefully the wind was enough to knock over/blow away some of the surface hoar in exposed terrain but that is probably wishful thinking. In anticipation of snow, we have been closely mapping the surface conditions as well as watching for new surface hoar growth. Surface hoar has been observed from valley bottoms to the Alpine and is resting on a variety of surfaces. There is a stout sun crust on southerly facing slopes. On shaded aspects 4-8″ or so of soft near surface facets sit over a firmer base. Along ridgelines and areas affected by the NW wind events there is hard sastrugi, wind crust and/or rime crust. This set-up does not bode well for bonding when then next loading event does occur and the surface hoar gets buried. Cloudy skies, light winds and a chance of snow today should not change the avalanche danger yet. However, watch for changing conditions if more snow falls than forecasted.

Today will be another day of Normal Caution (LOW danger). In addition to looking for mini wind slabs here are things to keep in mind if you are headed into the backcountry: 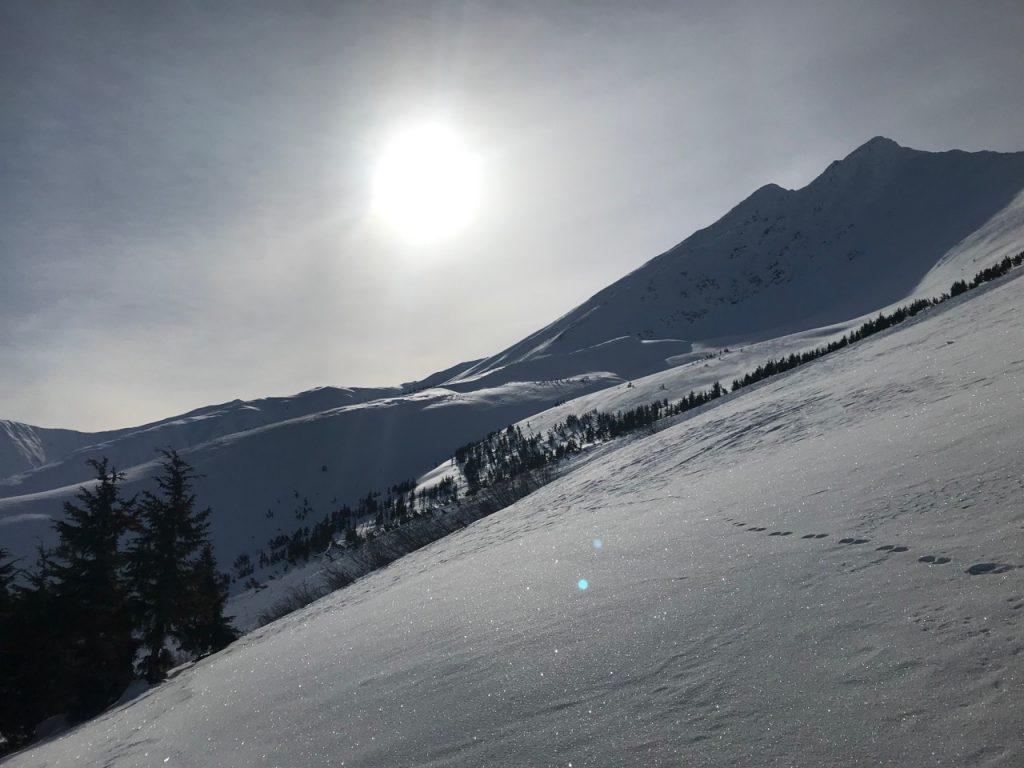 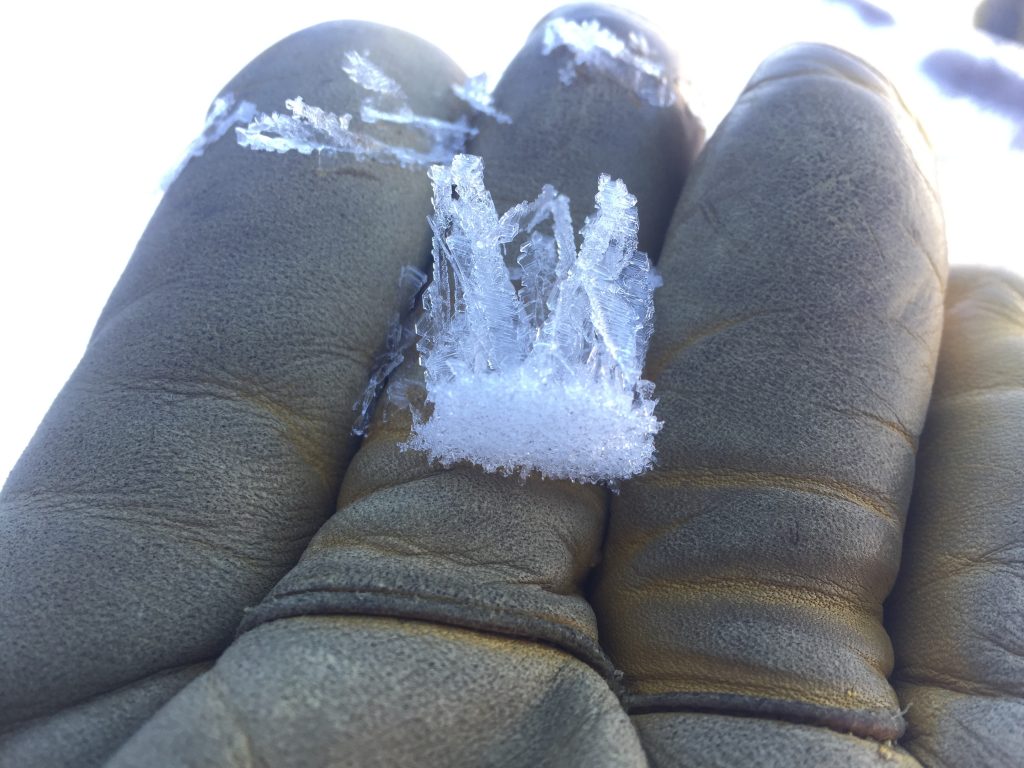 Yesterday: Mostly cloudy skies with temperatures in the 20Fs to low 30Fs and no precipitation. Winds were southeasterly 5-10 mph with gusts into the high teens. Overnight winds became calm.

Today: Mostly cloudy with a chance of snow showers. Temperatures will be in the 20F and 30Fs. Winds will be light and easterly. More of the same overnight.

Tomorrow: The day looks to start off similar to today with cloudy skies, chance of snow, light winds and temperatures in the 20Fs. Wind speeds and the likelihood of snow will increase in the late afternoon.   Overnight into Friday looks to be the beginning of the active pattern for the advisory area with up to a foot of snow in the forecast! Stay tuned for more details and think cold thoughts.