Strong winds impacting the region today will cause the avalanche danger to rise to MODERATE at all elevation bands in exposed terrain as triggering a wind slab becomes possible. As these slabs build over the weak surface snow the danger may rise to CONSIDERABLE in the Alpine later in the day. Natural avalanches may become possible and human triggered avalanches may become likely. Pay attention to changing conditions. In addition, glide cracks may release into avalanches. Limiting/avoiding exposure under them is prudent and give cornices a wide berth.

There is a Winter Weather Advisory issued for 9 pm this evening to 11 am Sunday for Portage Valley and Turnagain Pass.

SUMMIT LAKE / JOHNSON PASS / LYNX DRAINAGE:  Keep in mind buried weak layers exist in the middle and base of the snowpack. More potential for triggering a large slab avalanche exists in this zone, especially with wind-loading. Choose terrain wisely.

After enjoying sunny skies and a mostly stable snowpack a series of storms will begin to affect the advisory area today. Temperatures are on the rise, winds are increasing and precipitation will start to fall later in the day. Today is the day to expect changing conditions and be on the lookout for signs of instability. Initially increasing winds may trigger small loose snow avalanches but as they continue and intensify, wind slabs will build in exposed terrain. There is soft snow available for transport and wind slabs may be quite tender as they develop over very weak surface snow formed during the cold weather. Well developed surface hoar was observed at lower elevations and along some ridge tops. Near-surface faceted snow was observed at all elevations. Below 1500′ there is a crust below the weak snow. This is not a good set-up for new snow and wind-loading. Look for blowing snow, cracking, collapsing and be especially heads-up if natural wind slabs start releasing.

Rapidly warming temperatures and the additional blowing snow may also make cornices easy to trigger over the next few days. As always, give these a wide berth. 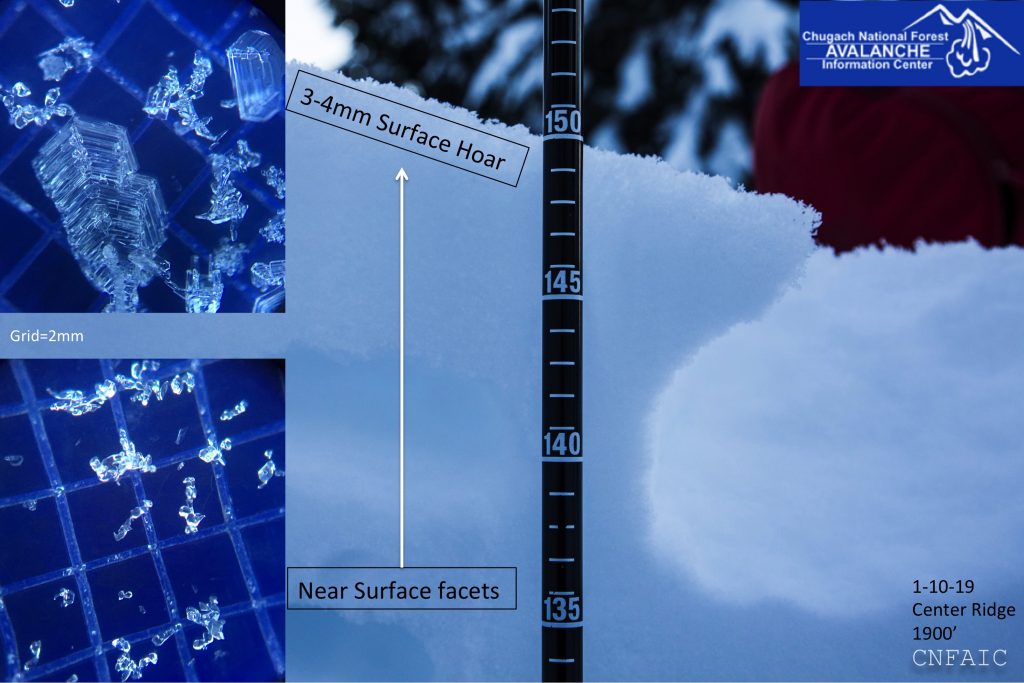 Weak surface and just below the surface snow on Center Ridge, 1-10-19. 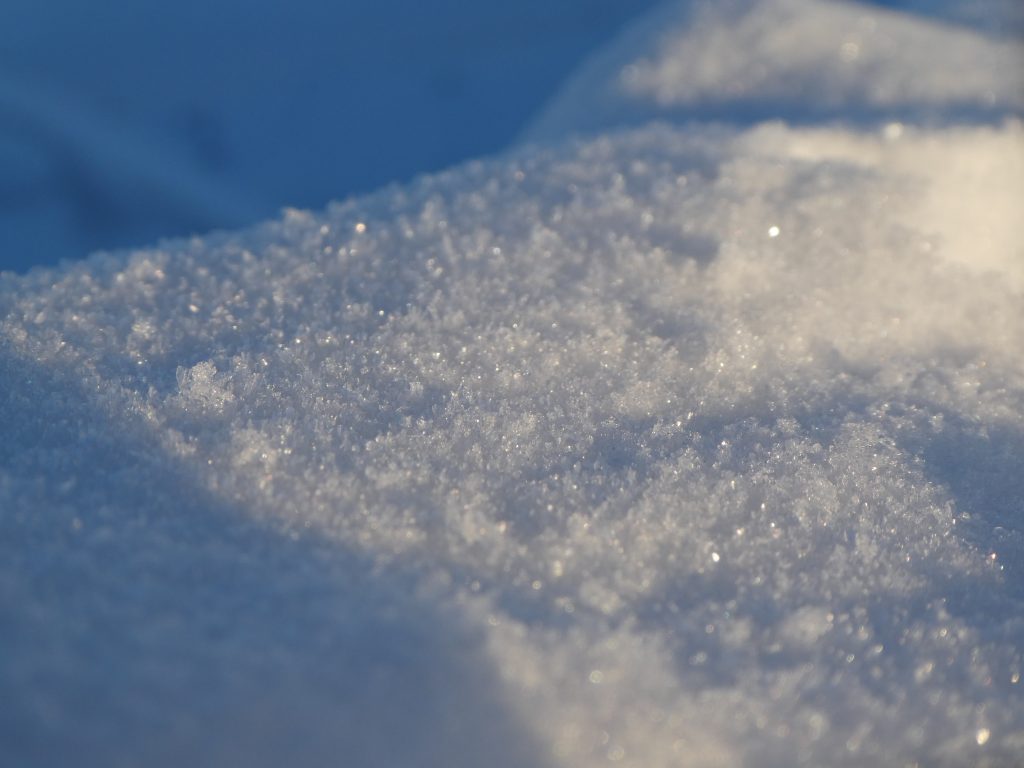 South of Turnagain – Lynx Creek/Johnson Pass/Summit Lake zone:  As the weather pattern changes and the potential for wind loading increases it becomes even more critical to remember that a poor snowpack structure exists in these areas. The Christmas buried surface hoar has been found as well as concerning facet/crust combinations in the bottom of the snowpack. Avalanches may initiate near the ground and be quite dangerous. If you’re headed this way, evaluate terrain exposure and the snowpack as you travel. Be on the lookout for signs of instability.

Identify glide cracks and avoid spending any time under these features. Glide cracks are opening and have avalanched within the last week. Glides are completely unpredictable and not human triggered. The rapid temperature rise and additional snow load over the next few days may or may not cause an increase in glide activity.

Yesterday:  Skies were clear and temperatures were cold with daytime highs in the single digits. Valley bottoms remained below zero. Winds were light and easterly. Overnight clouds bulit and temperatures began to increase.

Tomorrow:  Cloudy skies and snow continues tomorrow with the brunt of the storm in the early morning. Winds will remain strong and temperatures will continue to rise with the warmest temperatures on tap for Monday. The series of fronts and lows are forecast to impact the region into the week.