The avalanche danger is  CONSIDERABLE  for elevations above 1,000′.  Several feet of new snow fell over two days at the mid and upper elevations overloading the snowpack. Human triggered slab avalanches may be likely and will increase in likelihood with elevation. We are in the window of the first 24 hours after a significant storm, which means cautious routefinding and conservative decision-making are essential.

PORTAGE and GIRDWOOD:    Up to 6′ of snow has fallen in Portage Valley and 3′ in the upper Girdwood Valley. Avalanche danger is highest in these zones that saw the heaviest snowfall yesterday.

SUMMIT LAKE:    A  very weak and  shallow snowpack exists  under the storm snow. Slab avalanches 1+’ deep are expected to be easy to trigger on the steeper slopes. 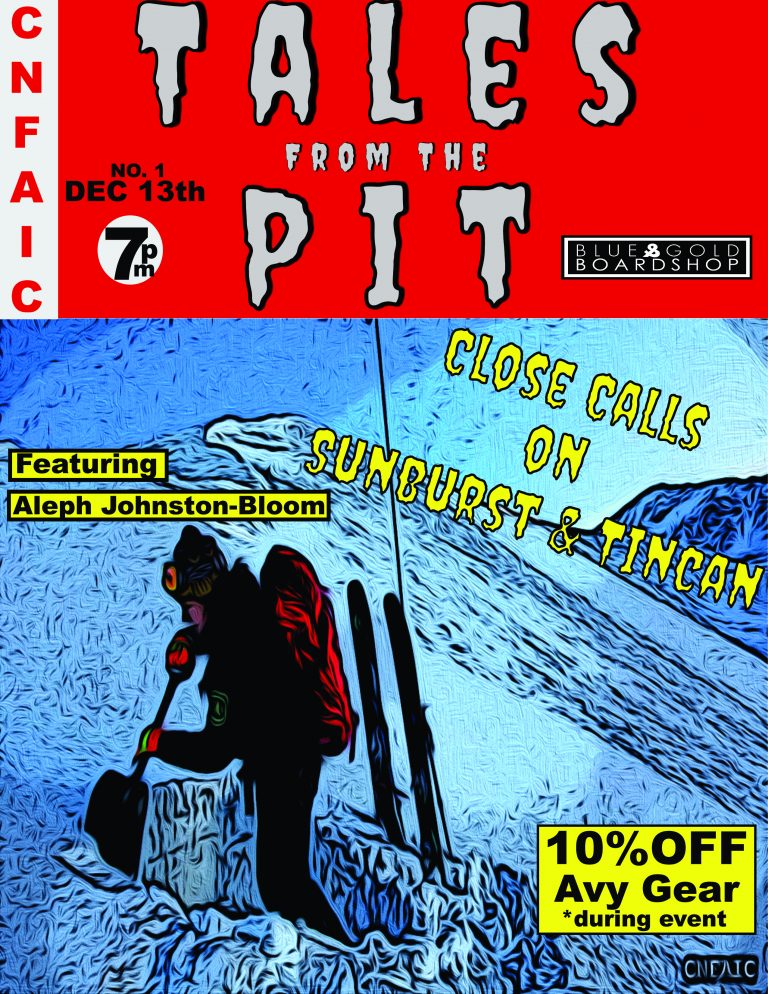 After two days of stormy weather, a break has arrived along with cooler temperatures. Today’s partly cloudy skies should allow for easier travel above treeline and with that, the chance a person could trigger a large avalanche if venturing into avalanche terrain. Depending on location, between 1 and 6 feet of new snow has fallen in the mountains – this is good news for many, but remember, it’s been less than 24-hours since the storm ended.

Storm snow avalanches, such as wind slabs along ridgelines, storm slabs in the sheltered zones, cornice falls and loose snow sluffs should all be viewed as likely today. It’s a day to carefully evaluate terrain and consequences if an avalanche does release. We need to give the mountains time to adjust. Low angle slopes without steep slopes above are great ways to enjoy the new snow without worry.

Red flags to watch for:
–  Recent avalanches, from today or was there avalanche activity from during the storm?
–  Whumpfing (collapsing) of the snowpack, sure sign to avoid avalanche terrain period.
–  Shooting cracks, likely to be seen near ridgelines where the wind has formed wind slabs.

The good news is the new snow should bond relatively quickly. From what we know, the pre-existing snow surface lacked any persistent type of snow grain and was mainly old wind slab and settled powder. As always however, the snowpack is guilty until proven innocent and there are always surprises out there – it’s the first day after a storm and we can’t get caught being over confident.

DEEP PERSISTENT SLAB:
Above 2,500′ there is a thin layer of buried surface hoar anywhere from 2-5′ deep in the snowpack. This layer was buried on Nov 23rd and we are keeping track of it. This storm may have brought it back to life in places – meaning the rapid loading of new snow may have overloaded the layer causing it to collapse and initiate large avalanches. However, that has yet to be determined and something we are focused on. That said, keeping this layer in mind and although the new snow may be bonding well, there is a deeper potential weak layer lurking. 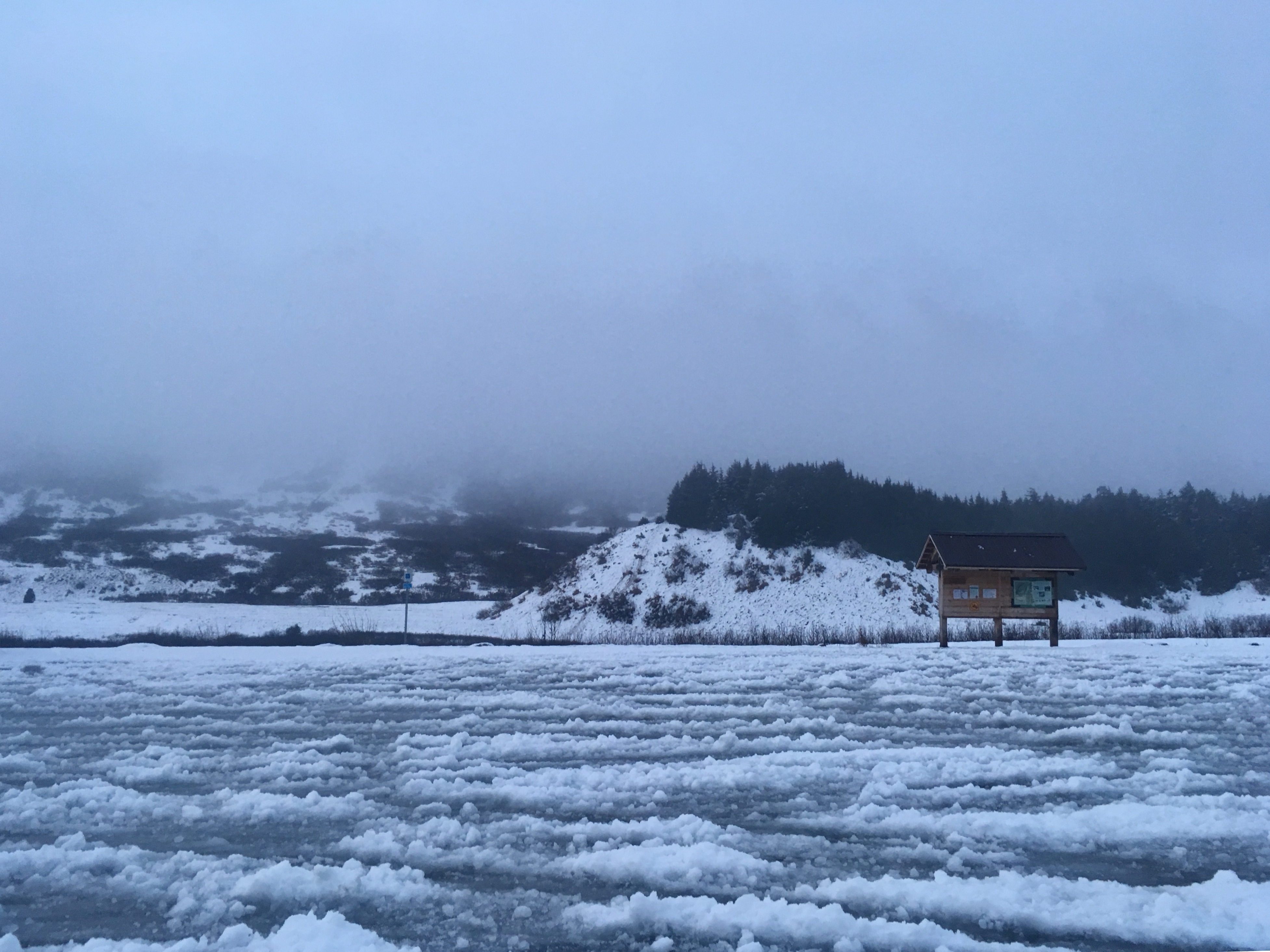 Turnagain Pass motorized parking lot at 3:30pm yesterday (Saturday). Low visizibility and a few inches of slush at the road.

Yesterday:   Heavy rain was seen in the Portage and Girdwood Valleys dropping almost an inch of water before turning to snow in the evening (6-10″ snow above treeline). Areas to the south of the Arm, Turnagain Pass and Summit Lake, were in the drier air and saw a rain/snow mix along the road with only .2″ of water (1-3″ snow above treeline). Winds were moderate out of the East, averaging around 10 mph with gusts into the 30’s. Temperatures were in the mid 20’s along the ridgetops and lower 30’s at 1,000′.

Today:   Partly cloudy skies with valley fog is expected today. Ridgetop winds will be in the 5-10mph from the east along ridgetops before picking up to the 30’s tonight ahead of another storm front moving in. Precipitation will also begin again tonight with 3-4″ of snow falling to sea level (yay!) by Monday morning. Temperatures should remain cool, near 32F at sea level and 20F along ridgetops.

*Seattle Ridge anemometer (wind sensor) is rimed over and not reporting.