There is a  MODERATE  avalanche danger today in the alpine and treeline elevation bands where triggering a hard wind slab will be possible on steep, unsupported slopes.  Above 3,000′ triggering a much larger and more dangerous deep slab avalanche is also possible due to weak snow near the ground.  Heightened avalanche conditions exist on specific terrain features. Evaluate snow and terrain carefully.

*Please remember your safe travel practices! This includes, exposing one person at a time in avalanche terrain, watching your partners, being rescue ready and having an escape route planned.

Be suspect of unsupported slopes steeper than 30 degrees that have a fat, smooth, pillow-type shape to them. Strong Easterly winds over the weekend changed the surface conditions of our forecast zone, creating hard wind slabs on leeward features. The wind slabs may be farther down slope due to the high wind speeds or only found on one side of gully features due to cross loading. Observations Sunday found hard supportable wind slabs as low as 1600’ on Eddies. These slabs averaged around 5” thick and were failing in hand pits on old weak snow. Any wind slabs today will be hard and supportable (to a skiers weight), they could be stubborn to initiate and may lure a skier well onto a slope before it fails. Listen for that hollow, drum-like sound below your skis or use a pole to probe for that hard snow over weak set up.  These slabs could be as thick as 1-2’ deep in upper elevations and if triggered in the alpine have the potential to initiate a much larger and more dangerous deep slab avalanche. More on this below in the secondary concern. 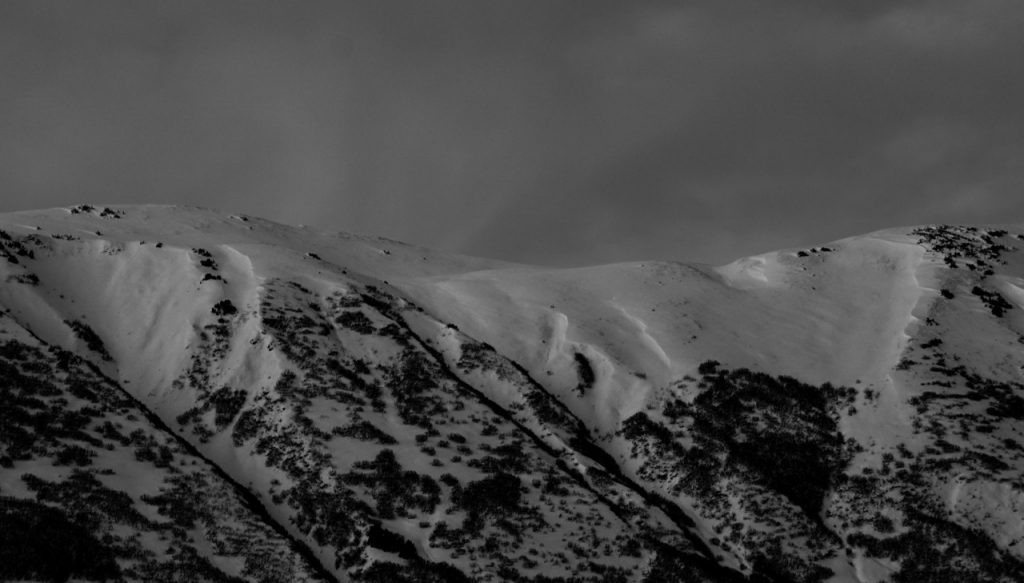 Deep slab avalanches have been a concern in the advisory now for two weeks. We are not trying sound like a broken record but the message is the same. This set-up continues to warrant elevated caution and respect. This is a high consequence avalanche problem that is impossible to outsmart. The snowpack recipe for deep slab avalanches has been found in the upper elevations of our forecast zone, above 3000’ on slopes that did not avalanche during the early December storm cycle. The snowpack ranges from 3-5+’ thick and is sitting on weak basal facets. Observations over the last few weeks indicate this poor structure is widespread across our region in the alpine elevations.

When dealing with a deep slab avalanche problem, keep in mind:

Obvious clues like ‘whumpfing’ and shooting cracks may not be present until it is too late. Evaluate snow and terrain very carefully and steer clear of large loaded slopes.

Poor snowpack structure in the alpine, hard snow over weak snow near the ground.

Yesterday was mostly cloudy with a few light snow showers and drizzle below 500′. The winds were light and easterly and temperatures were in the low 30Fs to mid 20Fs. Overnight skies cleared and temperatures dropped a bit into the the low 20Fs and teens. Winds shifted to the west and remained light.

Today will be mostly sunny with some patches of valley fog and temperatures in the low 30Fs to mid 20Fs. Winds will be northwesterly 5-15 mph. Tonight temperatures will drop down into the teens and skies will be partly cloudy.

Wednesday is forecasted to be partly sunny with temperatures in the 20Fs and calm winds. Thursday looks to be pretty similar with some more sunshine on tap. Stay tuned for possible snow over the weekend.