Iditarod Trail to lower meadow below Western slopes of Eddies. Standard route lookers left side near trees to 2000′. Our objective was to look at surface conditions and see how the strong winds this week have been changing the snow in middle elevations.

Moderate winds from the East were transporting some snow at times, and transport increased at 2pm when snow started falling.

Overcast becoming obscure by 2pm
Snow started falling around 1:30pm, 1cm of accumulation in the mid elevation by 2:30pm
Winds - E. teens gusting into 20's mph
Temps were warm 42F at road (600') at 3:30pm
Cooler temps as you gained elevation and precip was falling as snow even at lower elevations

Dug numerous hand pits. Wind slabs varied from 1-6" thick. Only had one hand pit fail on isolation in an area with a supportable wind slab. The weak layer was on a density change of decomposing buried surface hoar mixed with near surface facets at 1900'. See photo below.

The melt/freeze crust formed in mid December could be felt with your ski pole the entire way up Eddies. Anywhere from 2" to 12" of varying densities of snow was on top of this crust.

Probed around at 2000' along broad West ridge. The height of snow averaged around 90cm at this elevation, but this was in an area blown clean with either sastrugi or the exposed crust from December. 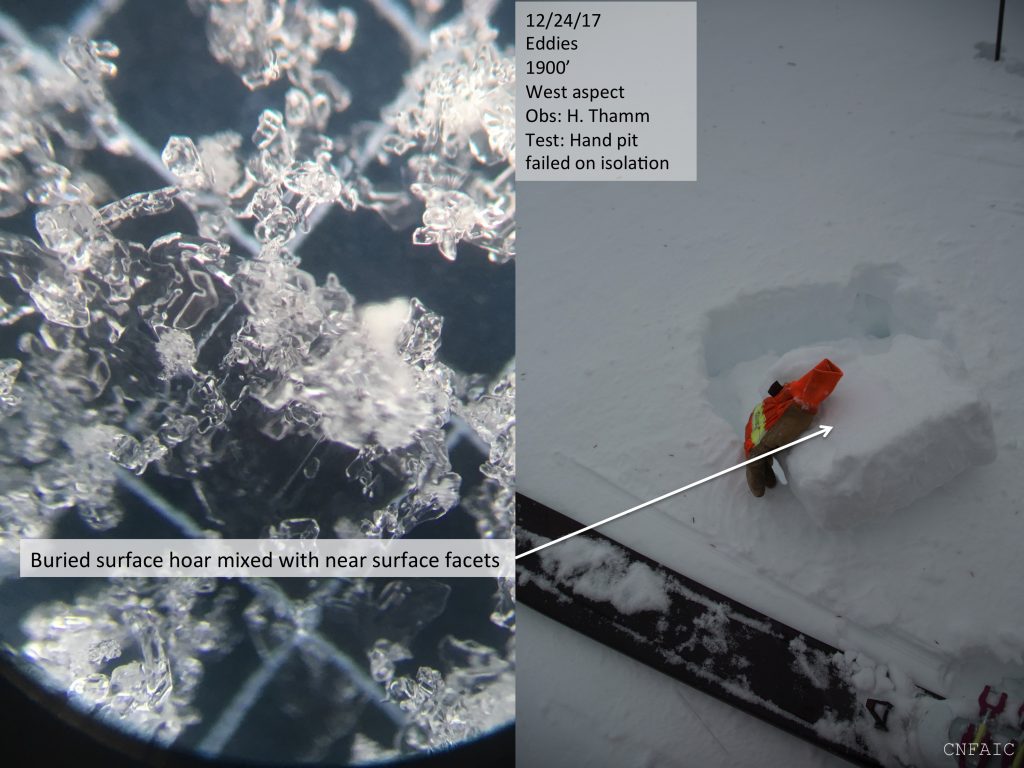 Hand pit failed on isolation at 1900' on a West aspect of Eddies. Slope angle was about 30 degrees. 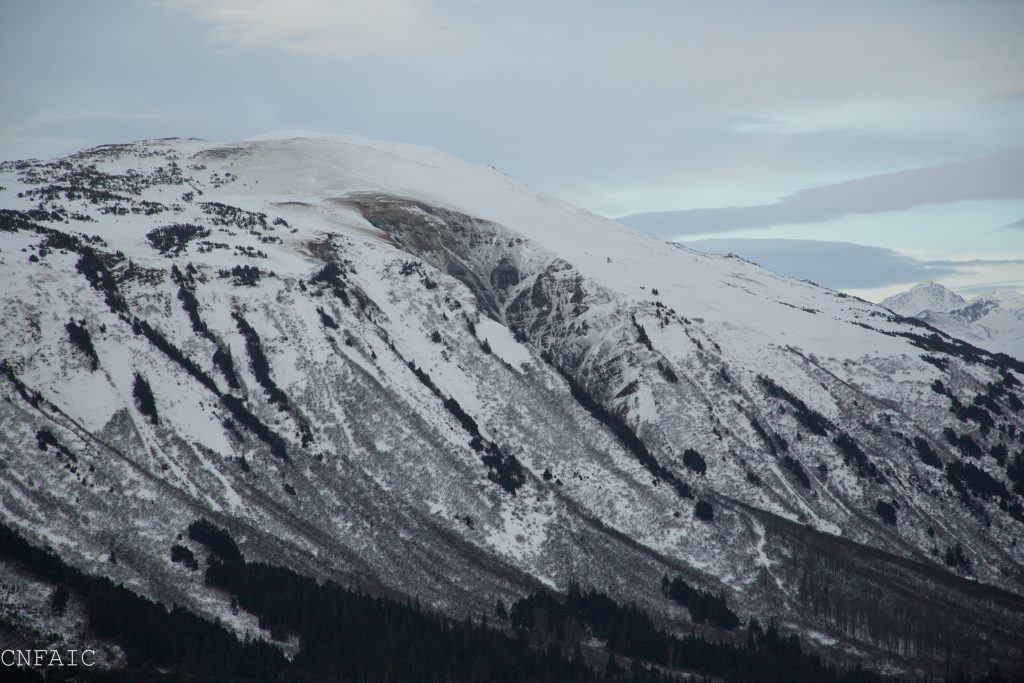 East facing slopes of Seattle Ridge near Pyramid. Crazy how this gully was blown clean down to dirt. Couldn't see any old debris in gully, but never had a good view of runout. 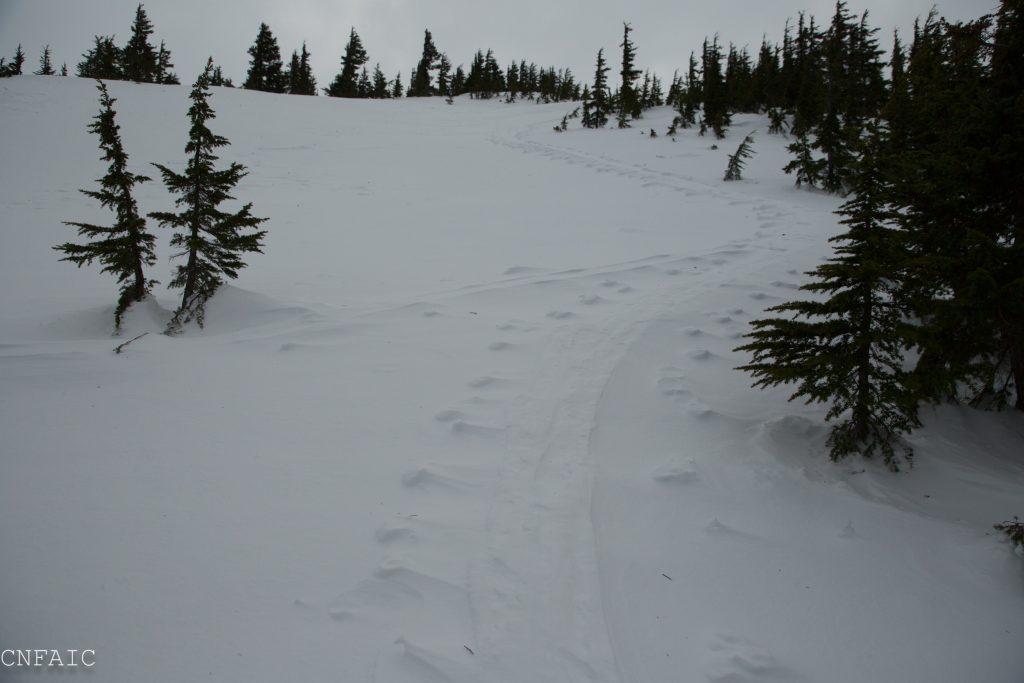 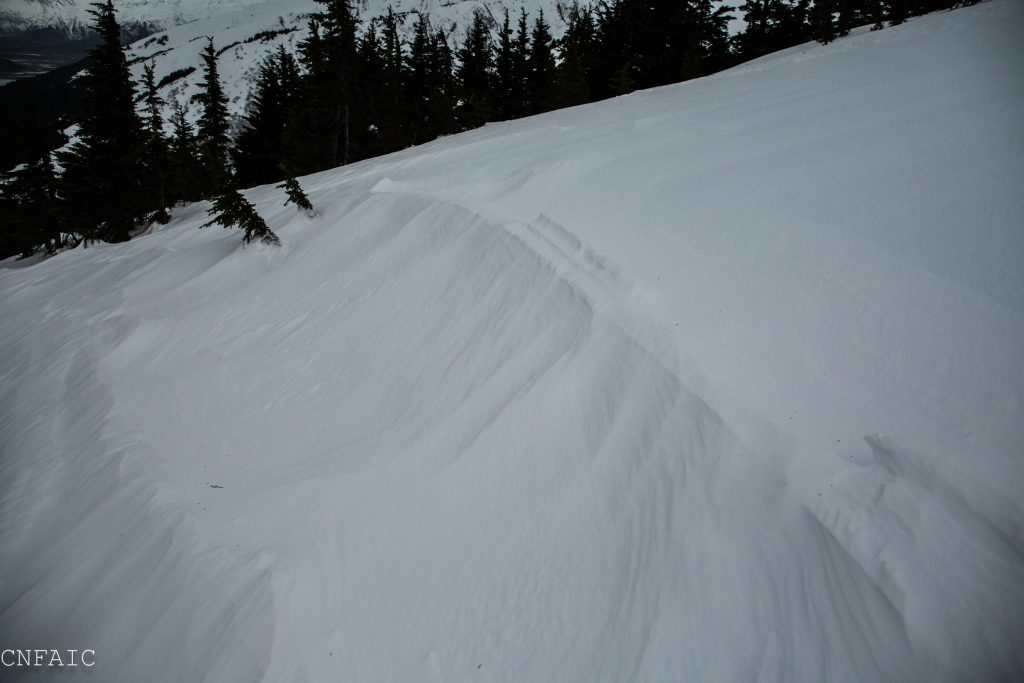 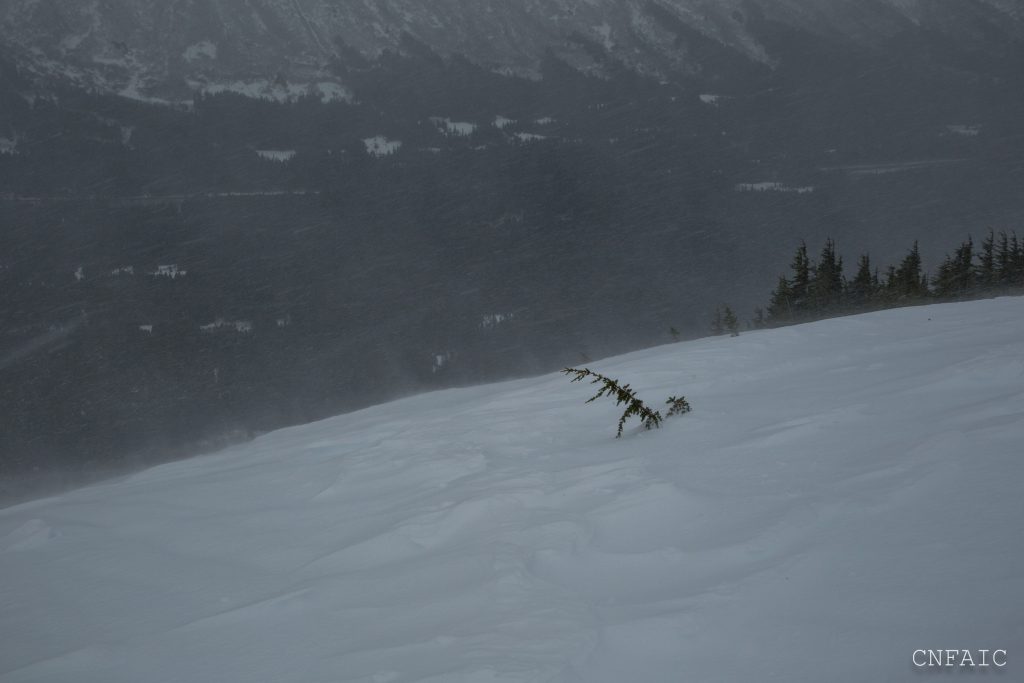 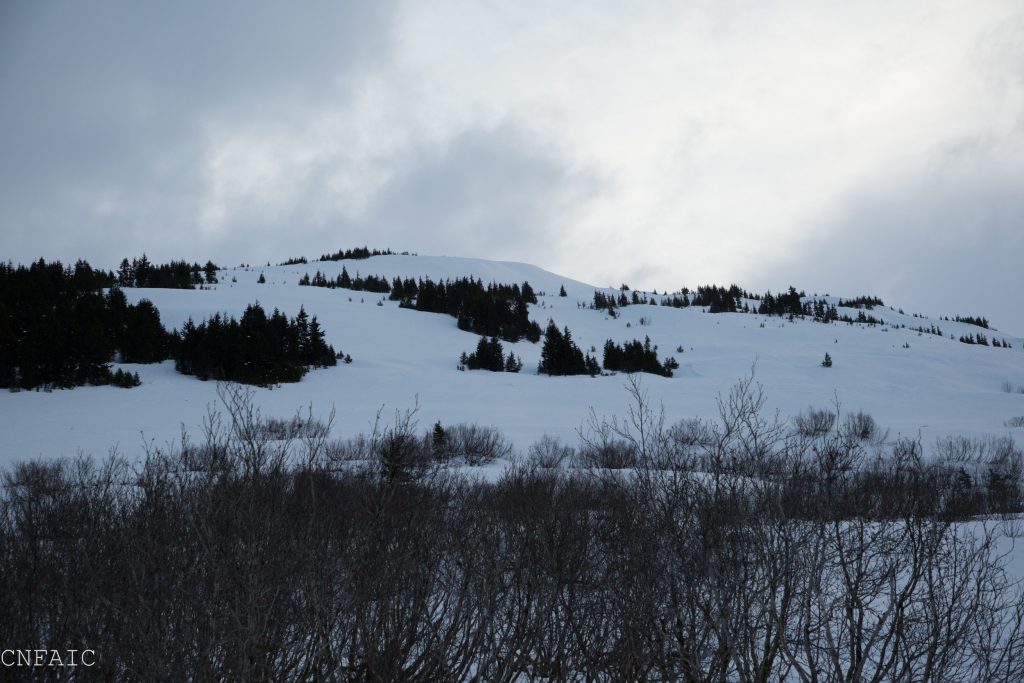 Eddies lower meadows at about 12pm before the weather changed. 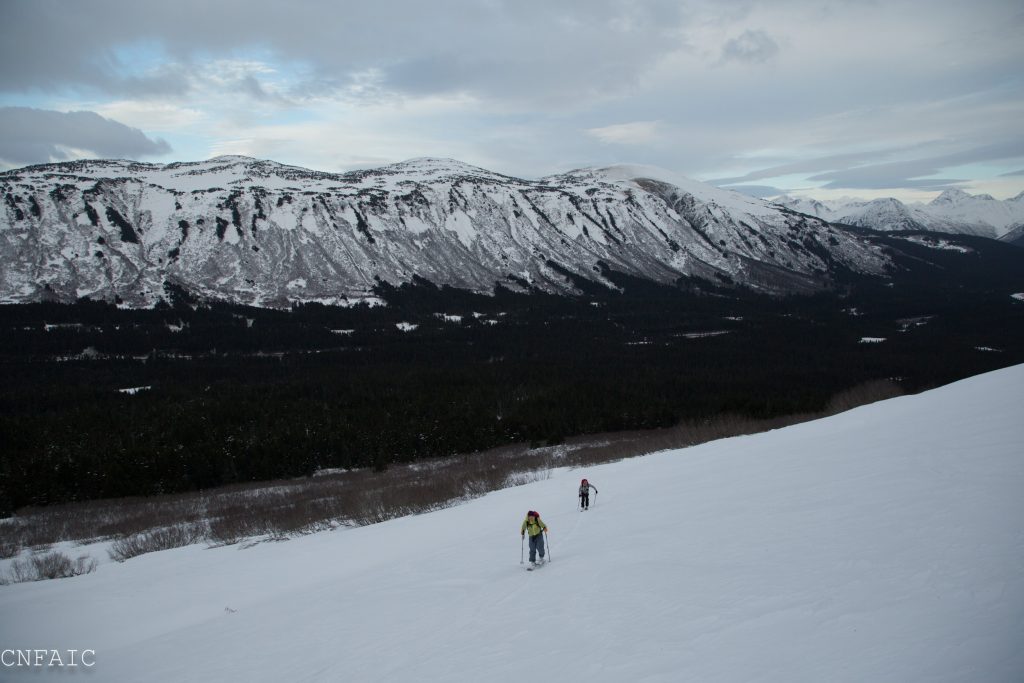 Snow was still pretty soft in the lower elevations before changing pretty abruptly at around 1600' where winds have been moving snow around. 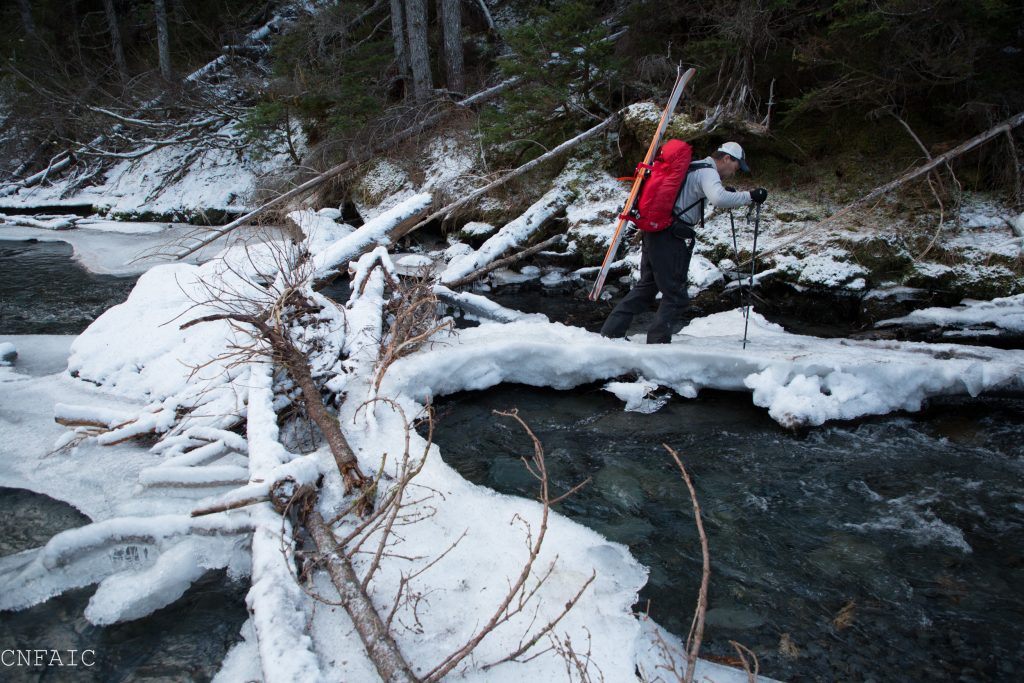 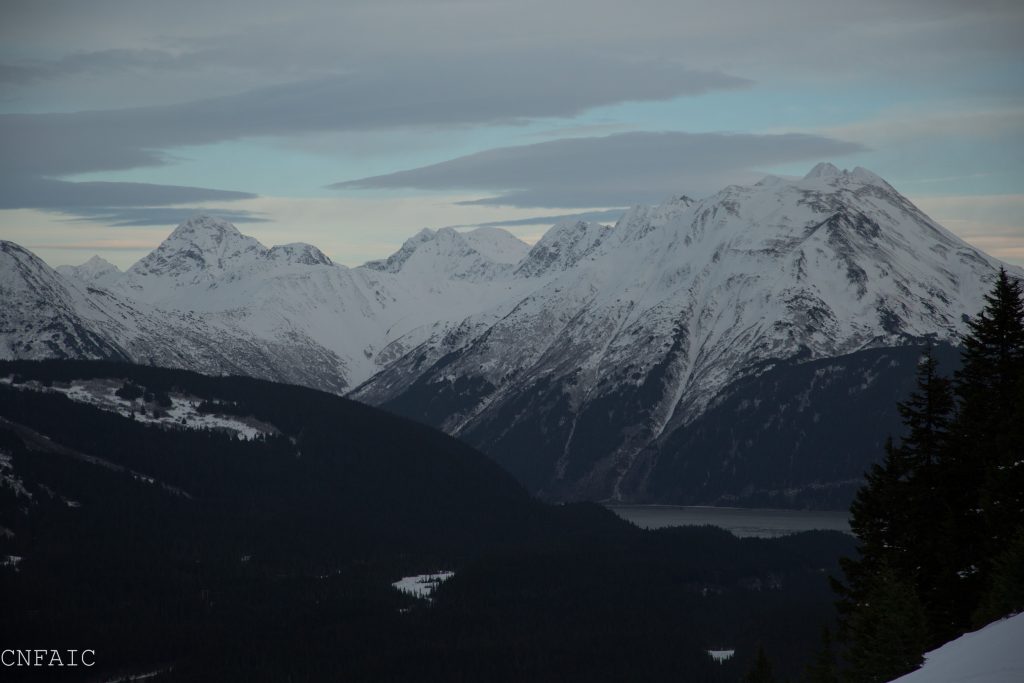 View of Peterson headwall and S facing slopes of Blueberry from Eddies. 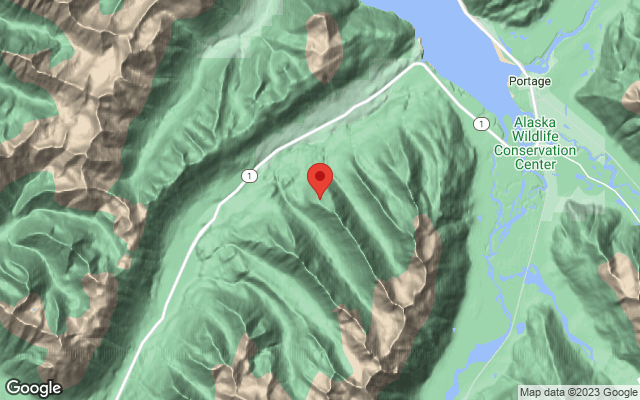