Image of Tincan at 3pm Sunday, Nov 5th after 3″ dusting of snow.  Turnagain Pass is still very thin – snowpack from 0″ to possibly 1′ at the high elevations, even 2′ where the winds have blown in snow. 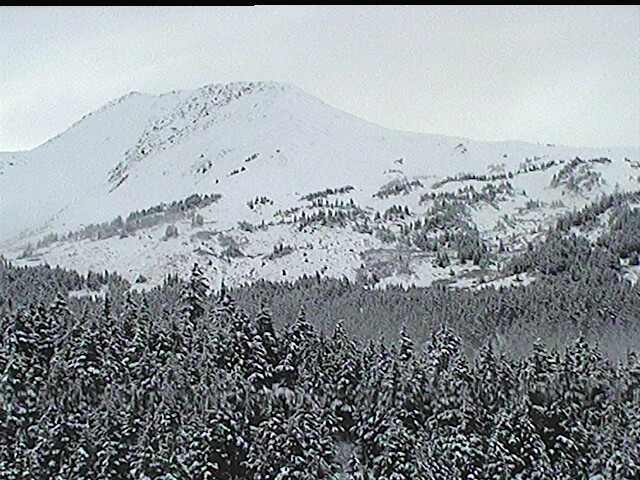 Photo from Peter Wadsworth of  Sunburst on Monday Nov 6th. 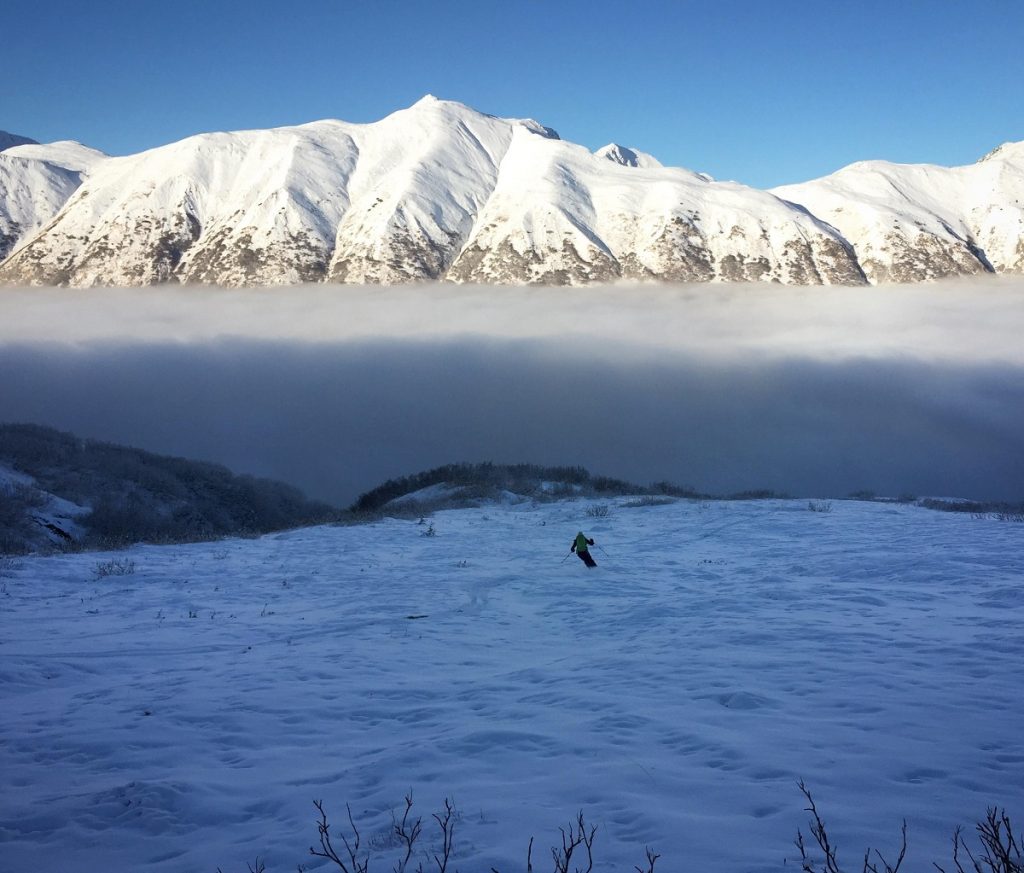 In anticipation of the next storm, we are expecting the cold weather to break down the existing snow and turn it to facets (bad news for the base of a snowpack). Hence, we will be mapping out where and how thick the older snow is to assess future avalanche potential. Hint: photos of slopes, valleys, ridges, etc are a great way to help us with this! What about the wind? There is cold air pushing down from the interior which will create strong winds in Southcentral. Turnagain Pass may be spared but other areas may not. Winds can increase avalanche hazard by rapidly loading slopes – and on that note, we’d like to remind folks about  some  early season avalanche tips.

Little snow. Keep it simple. What to clue into:

1)  Rapid changes in weather? This includes recent or current snowfall, wind, rain on snow and warm temperatures after a storm. One layer of snow can be a slab!

4) What are the consequences if the slope does slide? Will you go off a cliff? Into a crevasse? Over the rocks? Are there other terrain traps? 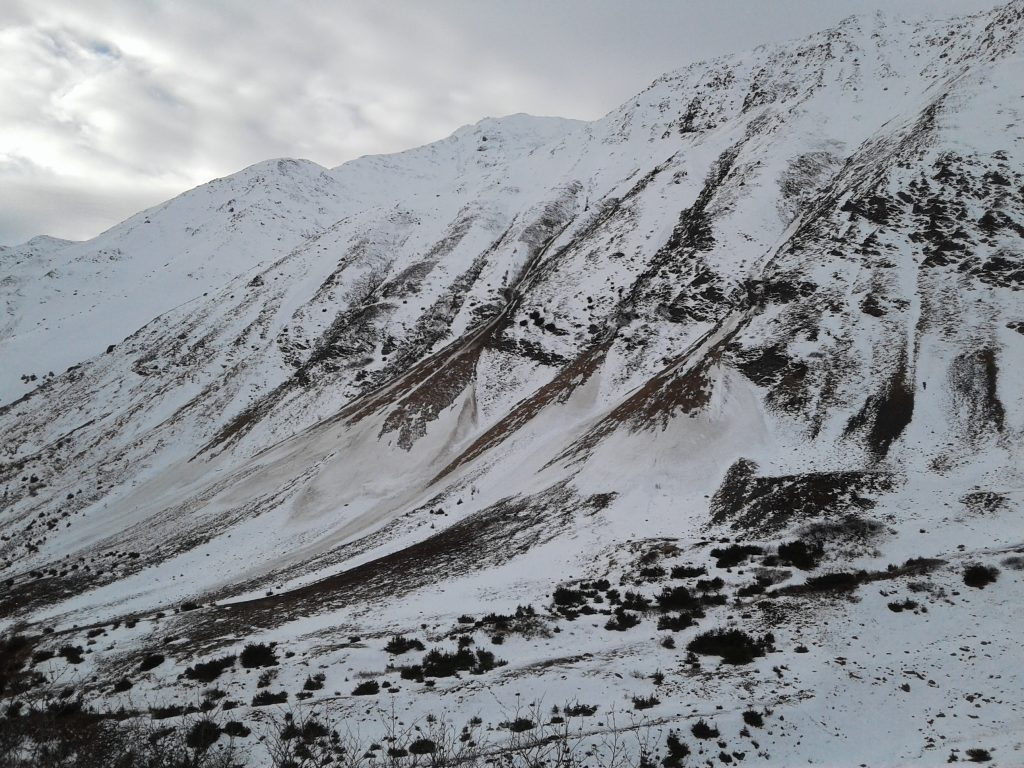 **Remember the Crow Pass trail crosses several avalanche paths and even a small early season storm can produce slides that run over the trail.

A little over a 2 foot snowpack at 5,000′ at the head of the Milk Glacier. Location of a very large whumph. The top 10″ layer of harder snow is suspected to have collapsed into the weaker faceted snow below (classic set up for slab avalanches). (Mike Records photo) 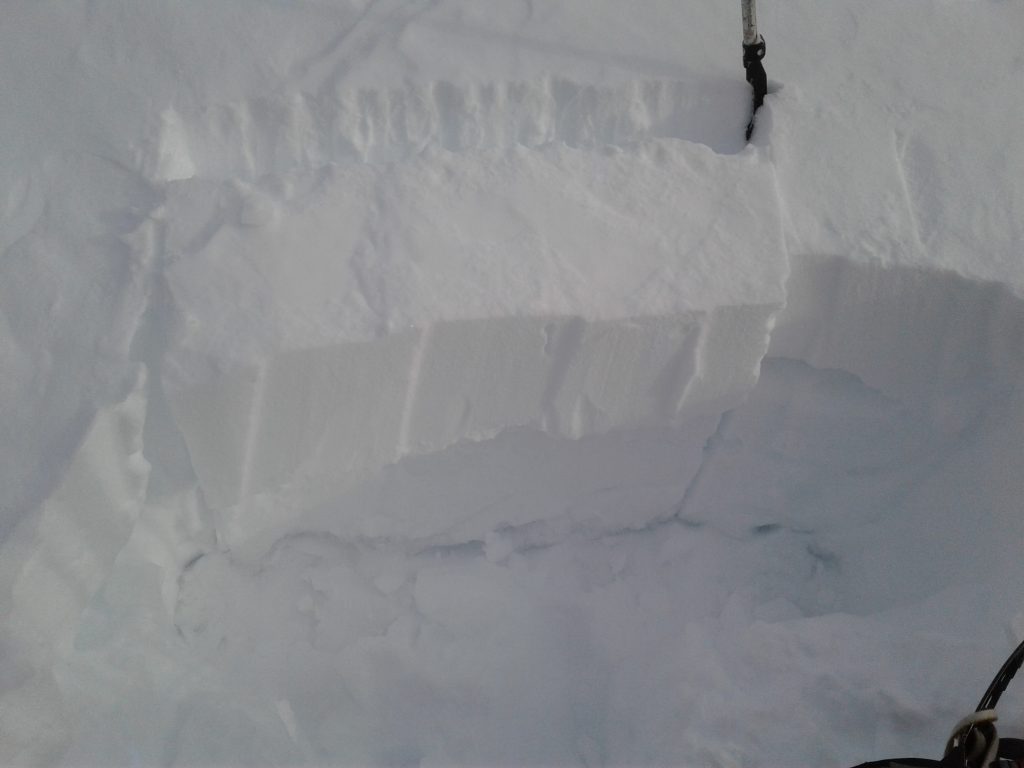