The avalanche danger is CONSIDERABLE on all aspects and elevations today. 1-3′ of new snow sits on weak snow. Triggering a slab avalanche and/or loose snow avalanche is likely on slopes 35 degrees and steeper. Warming afternoon temperatures and a chance of sunny skies will make natural avalanches possible. Cautious route finding and conservative decision-making are essential.  Watch for changing conditions. Avoid travel on or under cornices and give glide cracks a wide berth.

The forecasted scattered snow showers turned into a full-blown storm and 7-24 inches of snow fell across the advisory area in the past day and a half. Turnagain Pass received a foot. Girdwood Valley 7-10″, Portage Valley 18″ and Skookum/Placer was the winner with up to 24″. The new snow fell on weak surface snow that formed during the 3 weeks of high pressure (near surface facets and surface hoar). Yesterday observers reported natural loose snow avalanches and small slabs. Today as the snow settles and the slab sets up triggering a larger storm slab avalanche will be likely on steep slopes from sea level to the Alpine.  Along ridgelines NE winds have stiffened snow and wind slabs will be likely in leeward terrain. Warming temperatures this afternoon and the possibility of clearing skies and sun will add to the likelihood of triggering and may cause natural avalanches. Whumpfing and shooting cracks were observed yesterday, both are obvious clues that the snowpack is unstable. Be on the lookout for these signs today. 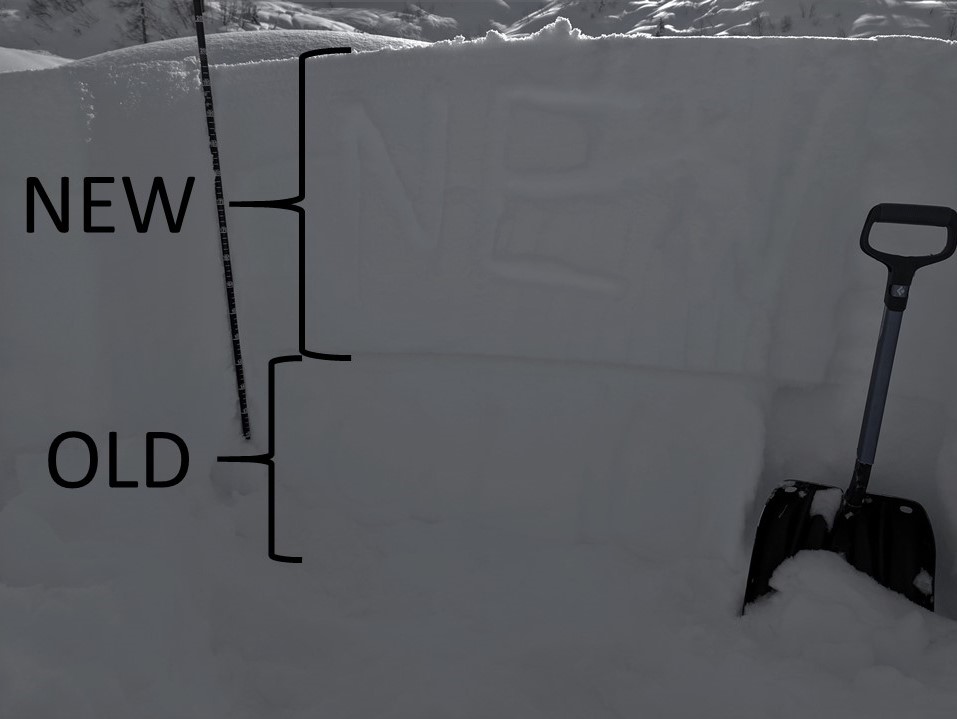 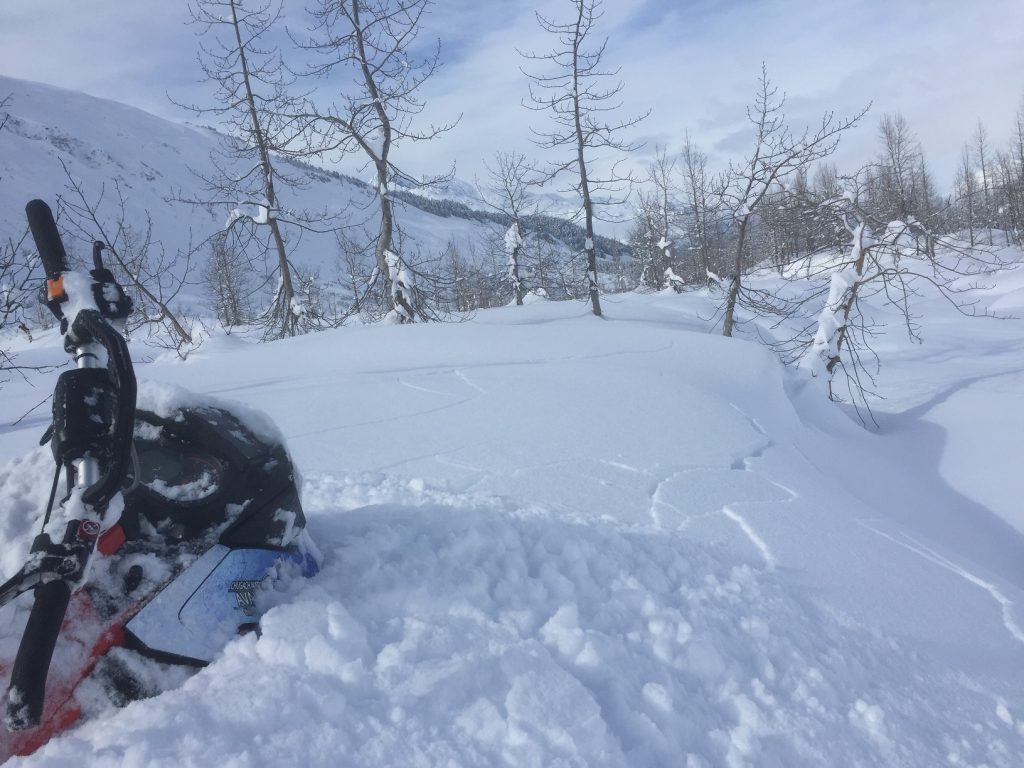 Persistent Slabs and Deep Slabs: In addition to the now buried weak surface snow (near surface facets and surface hoar) there are a variety weak layers in our thin snowpack. The February 9th buried surface hoar sits 2-4+’ below the surface and faceted snow sits in the mid and base of the pack. Due to the lack of changing weather over the past three weeks, these weak layers (with varying degrees of strength) have been in a ‘dormant stage’.  Although unlikely today, an avalanche breaking deeper in the pack isn’t completely out of the question especially in areas such as Johnson Pass, Lynx Creek and on the Northern side of Girdwood Valley (near Crow Pass). Observers continue to find poor structure. The buried weak layers will require monitoring as the load on top increases incrementally and as temperatures rise. Yesterday was the warmest temperatures we have seen in the last month. An avalanche triggered in the upper snowpack could trigger a deeper avalanche. 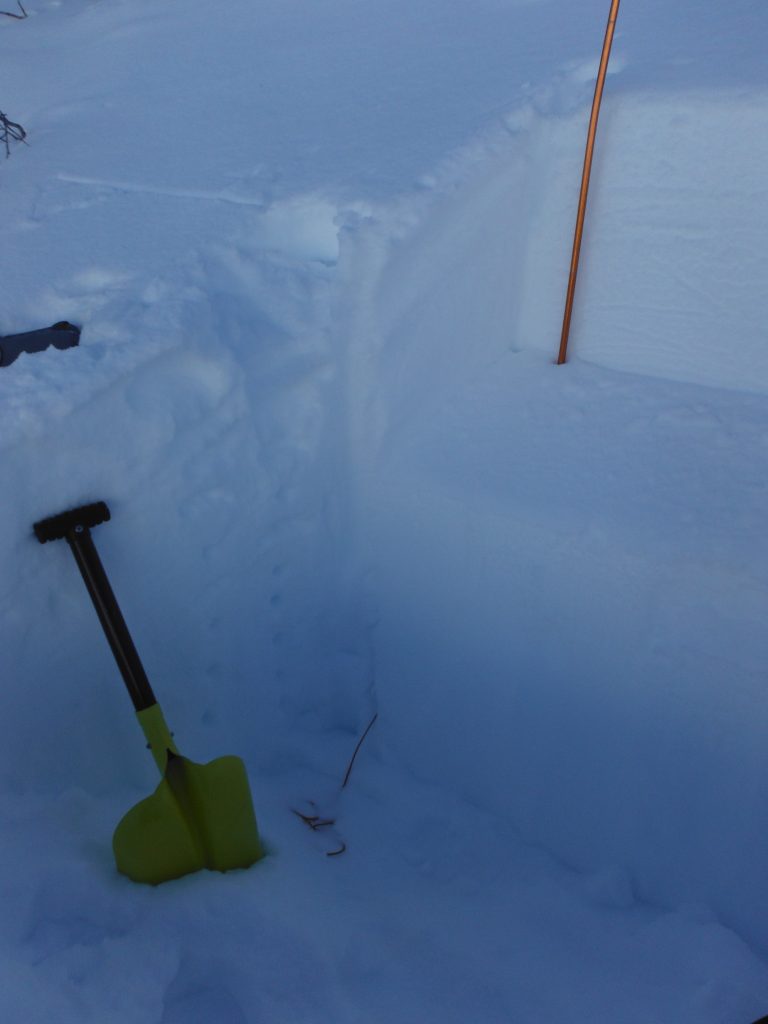 Yesterday was mostly cloudy in the morning with snow falling until around 1pm. Snowfall was heavy at times. As noted above storm totals ranged from 7-24″. Skies became partly cloudy in the afternoon and temperatures rose. A few low to mid elevation weather stations hit just above 32F. The temperatures in the Alpine stayed in the teens to low 20Fs. Winds were predominately NE 10-20 mph gusting into the 30s. Overnight another couple of inches fell and skies were partly to mostly cloudy.

Today there is a chance of snow showers throughout the day with potential clearing this afternoon. Skies will be mostly to partly cloudy. Winds will be light and easterly. Temperatures will be in the 20Fs to 30Fs with the high forecasted to be above freezing.

Overnight there is a chance of showers and tomorrow is forecasted to be clear and sunny with highs in the 20Fs. Sunshine and mostly clear skies look to be the dominant pattern for most of the week.