The avalanche danger is CONSIDERABLE  for  all elevations around Turnagain Pass, Placer Valley and Girdwood due to dangerous avalanche conditions. Natural avalanches are possible and human triggered avalanches are likely.  Careful snowpack evaluation, cautious route-finding and conservative decision-making are essential today.

Have you purchased your tickets yet for the  3rd Annual SNOWBALL??  If not, get them  HERE!!  Come out, get your groove on, win some door prizes, bid on some amazing silent auction items and support avalanche safety and education!  All proceeds to benefit  Alaska Avalanche School  and  Friends of the Chugach National Forest Avalanche Information Center.

Natural avalanches were again observed yesterday in the advisory area as the second wave of the storm brought another round of strong winds, heavy precipitation and rising temperatures. Rain fell up to approximately 2000′ and saturated the upper layers of the snowpack at lower elevations. In the past 2.5 days Turngagain Pass has received 3 inches of water (SWE) and over 3.5 was recorded in Girdwood. This water weight (either as snow or rain) combined with strong winds overloaded the existing snowpack. Many of the avalanches observed were releasing at the new snow/old snow interface but a few looked to have released farther into the snowpack on the old faceted layers.

It is important to remember that today a variety of avalanche concerns are present and will likely be triggered if you venture into the mountains. Snow is expected to fall today will an additional 5-15″ forecasted as temperatures cool down. Storm slab avalanches at all elevations, wind slabs in leeward terrain, large cornices along ridgelines and wet snow at lower elevations should all be taken into consideration. Natural avalanches are still a possibility today and it’s crucial to understand that human triggered avalanches are likely. Keep slope angles less than 30 degrees and avoid being in avalanche runout zones. Pay close attention to signs of instability: recent avalanches, cracking and collapsing (whumpfing).

Large avalanche on the west face of Pyramid observed yesterday from Tesoro. 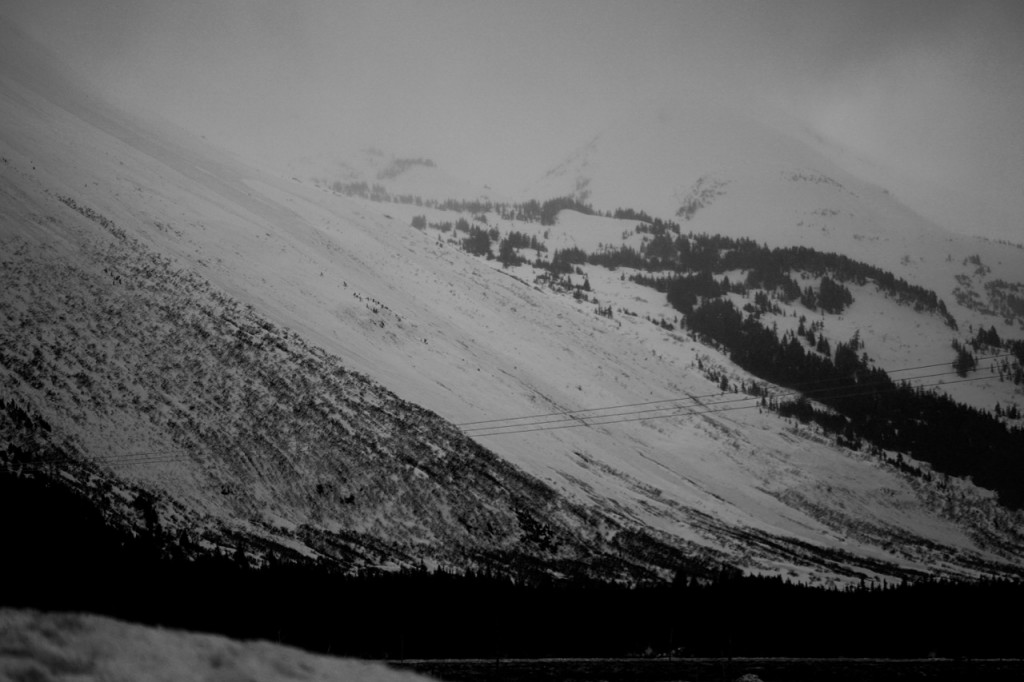 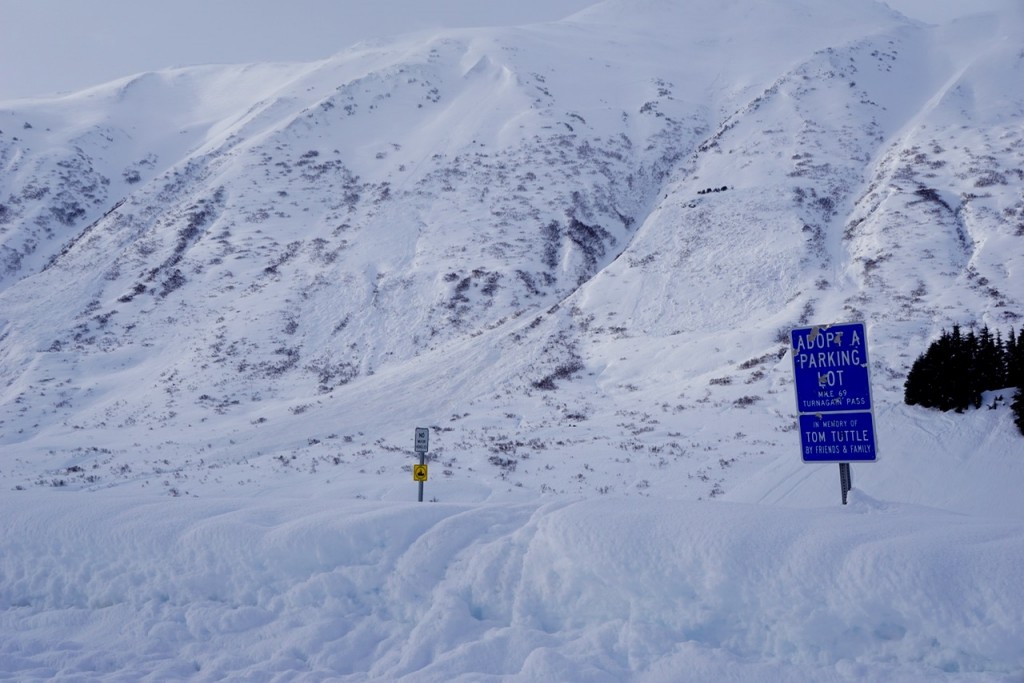 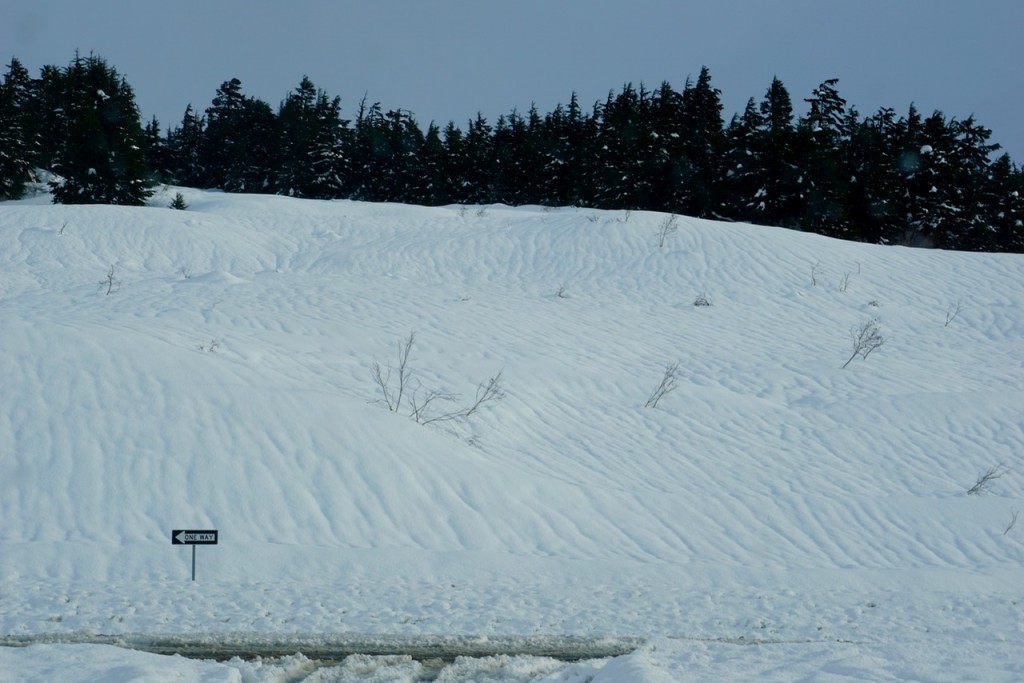 Sustained high ENE-SE winds continued to move snow yesterday and obvious cross-loading and scouring was observed. Expect leeward areas to be loaded and sensitive to triggering. Winds are not forecasted to be very strong today but with additional snow in the forecast watch for changing conditions if they do increase and start to move the snow around.  Look for cracking and avoid pillowed or drifted areas.

Warm, wet snow and high winds are the perfect cornice building conditions. Steer clear of ridgelines. Cornices may break farther back than expected and poor visibility may make it really hard to judge where they are. If they do fail they could trigger a slab avalanche below. 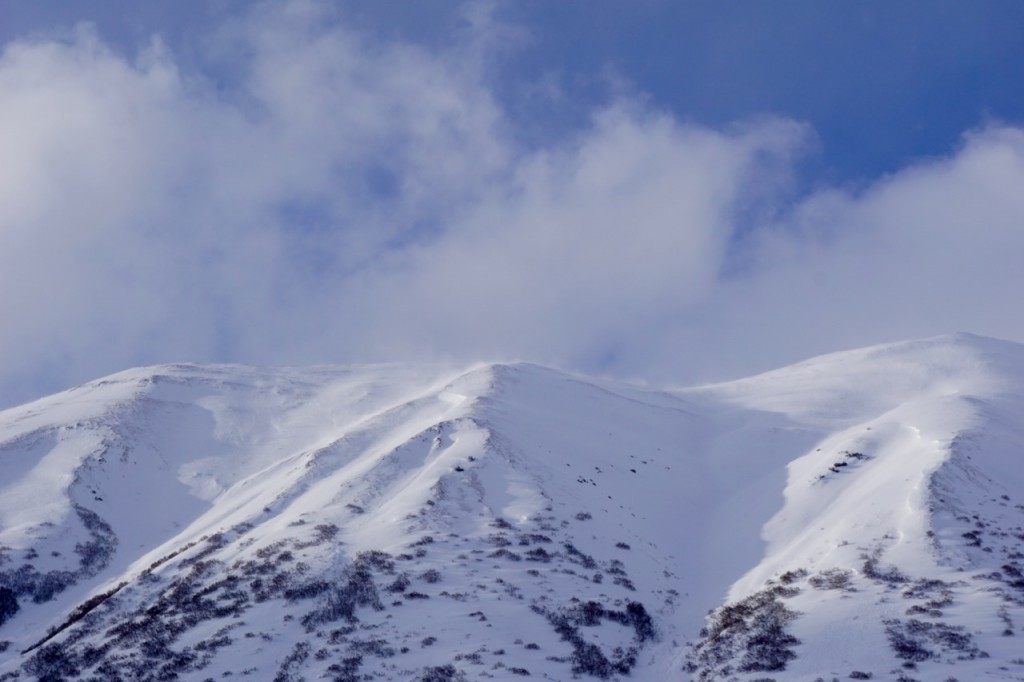 Weak snow (facets and depth hoar) in the lower layers of the snowpack continues to be a concern in our advisory area. Avalanches occurring in the upper layers have the potential to step down and release the entire snowpack in some places. If this does happen the volume will be large and could run long distances. As more and more weight is added to the snowpack this becomes more of a concern. A few of the naturals yesterday looked to have run into older faceted snow. The possibility of these large avalanches is another reason for conservative terrain choices today.

Yesterday was mostly cloudy with a window of clearing in the afternoon. Snow and rain fell throughout most of the day. Rain/snow line was approximately 2000′. Temperatures were in the high 30Fs in the valleys and mid to high 20Fs at upper elevations. ENE-SE winds were gusting up to 100 mph early in the morning.  They stayed in the 30s with gusts in the 40-50s for much of the day. Snow and rain showers continued overnight and winds mellowed out early this morning. Temperatures cooled slightly in the last few hours.

Today will be mostly cloudy and another pulse of moisture is expected to bring 5-15″ of snow. Winds are expected to shift to the SW and be 10-20 mph with gusts into the 30s. There is a general cooling trend forecasted throughout the day with cold air moving in from the south (yep sounds odd). From the NWS discussion this morning, “Arctic air has wrapped all the way around from the  Bering Sea within the larger scale surface low.” There is another pulse of moisture tonight and a generally unsettled pattern forecasted throughout the week.

*Seattle Ridge is recording intermittenly, data from 6am-6am is incomplete.