The avalanche danger remains  CONSIDERABLE  below 2500′ due to glide avalanches that are releasing daily in popular recreation areas.  Avoid being under the runout of glide cracks.  In addition, human triggered and natural wet loose avalanches are possible in steep terrain due to saturated snow, purple rain and warm temperatures.

In the Alpine the avalanche danger is generally LOW,  keep in mind  pockets of lingering wind slab on lee slopes and wet loose avalanche potential in steep terrain. As always steer clear of cornices.

As mentioned in the advisories earlier this week, the glides have “migrated” across the road. Magnum and Cornbiscuit both had glide avalanches occur in West facing terrain in the last few days. New cracks continue to appear and existing cracks keep growing. With new glide avalanches being observed daily the travel advice remains the same… Avoid being under the runout of glide cracks. The small glide crack near the common skin track on Sunburst has grown and is above a terrain trap. 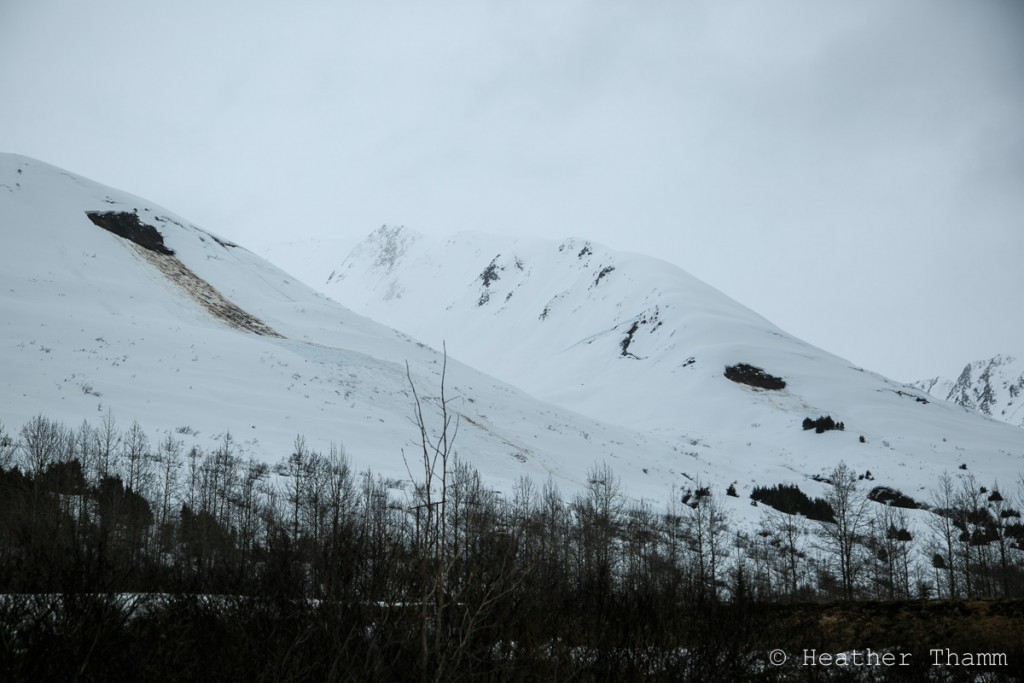 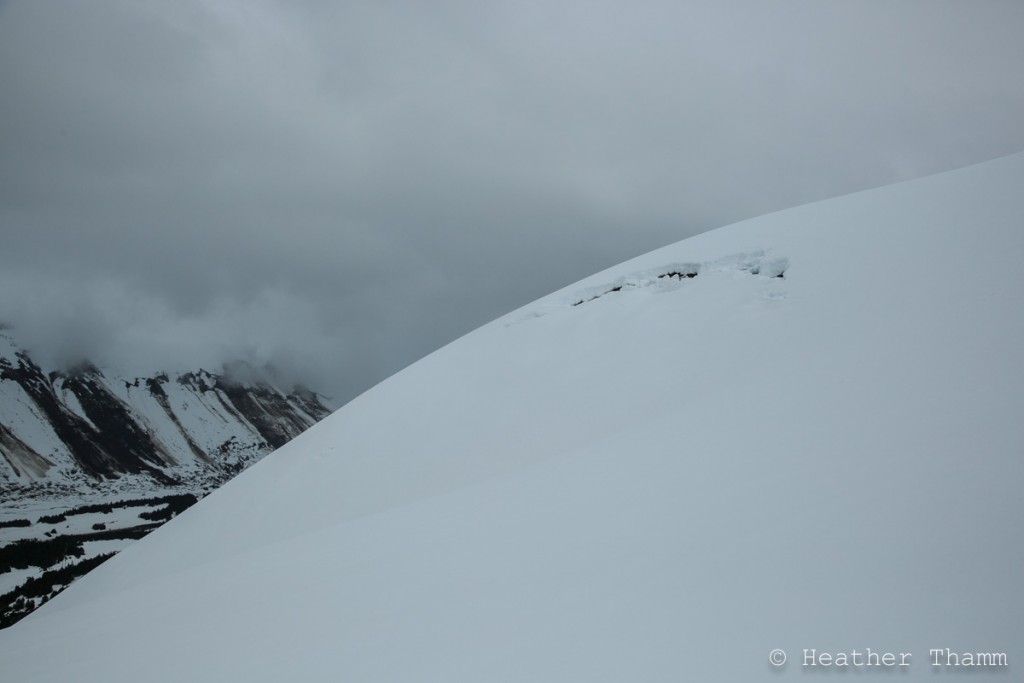 The rain/snow line today is forecasted to be 4100′. The precipitation amounts should be minimal but the overall wetting of the snowpack will rise in elevation with the warm temperatures. There was little to no freeze last night. 2-5″ of snow fell on Tuesday above 2000′ (more in the Girdwood Valley). Below 1800′ the snowpack is saturated and barely supportable.  All these ingredients combine for wet loose avalanche potential today. Below 2500′ triggering a wet loose avalanche is likely in very steep terrain. In the Alpine wet loose avalanches in the new snow may also be a consideration as the newer snow gets more and more saturated. Pay attention to how much snow is getting pushed while making a turn and watch for moving snow that may entrain surface snow as it gets moving.

At elevations above approximately 2,500′ (in the Alpine) the snowpack is generally stable. Watch for unstable snow on isolated terrain features.

Yesterday was overcast and there were rain showers throughout the day. Temperatures were in the low 40Fs at 1000′ and the low-mid 30Fs at 3000′. Winds were moderate and easterly.

Today will be mostly cloudy with rain showers forecasted throughout the day. Temperatures are expected to climb into the 40Fs at 3000′. Easterly winds will be 10-25 mph.

Temperatures may cool a bit overnight but Sunday looks to be very similar to today. The overall pattern of cloudy skies and rain showers remains in place for the week to come.