The avalanche danger is MODERATE in the Alpine where wet loose, glide avalanches and unstable cornices are the main problems to contend with today.

The danger is LOW at Treeline, where avalanches are unlikely with the exception being shallow wet loose activity.

Avalanche Center operations are wrapping up this week. This is the final advisory of the 2014-2015 season.   We will post our end of the season/springtime tips report on Thursday, April 30th. A BIG thank you to all of you for tuning in this winter despite the challenging snow year!!

Sustained mild temperatures have helped to destabilize the snowpack over the past several days.  Overnight refreezing has occurred, but is likely only superficial.  As a result there are several ways in which snow can release today in the Alpine:

Wet Loose
Both natural and human triggered wet loose avalanches are likely on slopes over 40º in steepness.  Volume of these will be generally low but will increase on sustained steep slopes.

Glide Avalanches
While this is not a widespread problem, we observed several glide releases yesterday on the South side of Tincan ridge (see photo below).  A shed cycle of sorts has begun in certain areas such as this.  Exposure to the sun will increase the chances of full depth wet slabs releasing today. 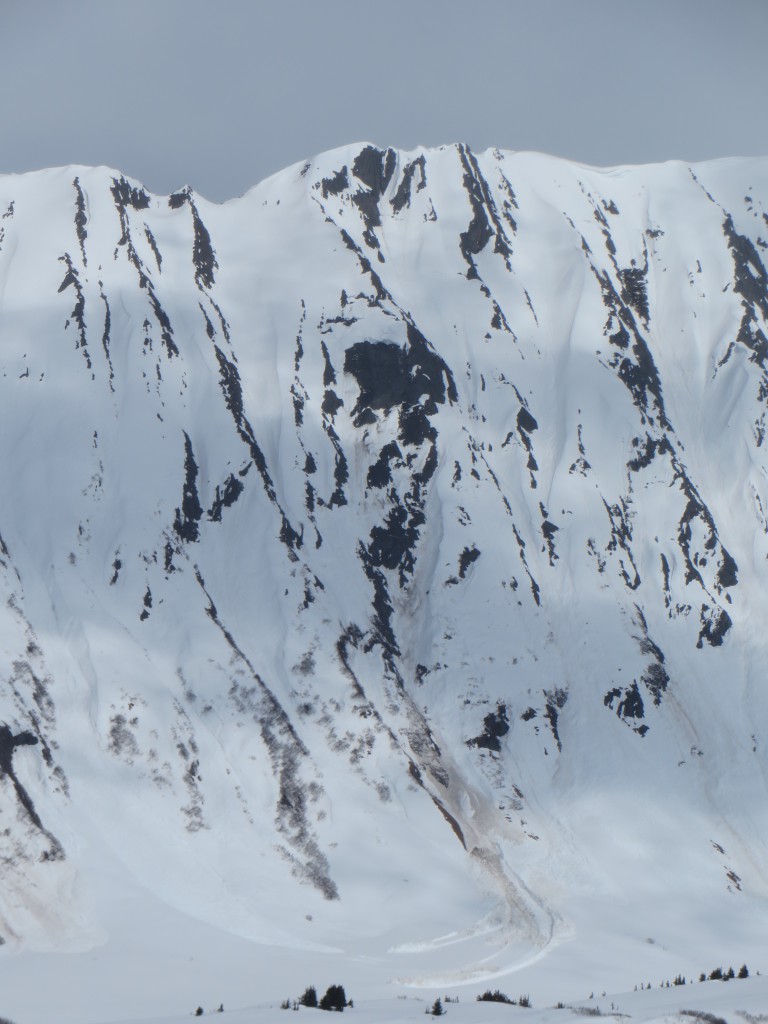 Cornices
Yesterday my partner and I unintentionally triggered a very large section of cornice on Sunburst ridge (see photo below).  More details HERE.  This is a great example of why it is critical to give these behemoths an extra wide berth.  If you are unsure of where the terrain ends and the cornice begins, move to where you are certain that there is ground beneath you. 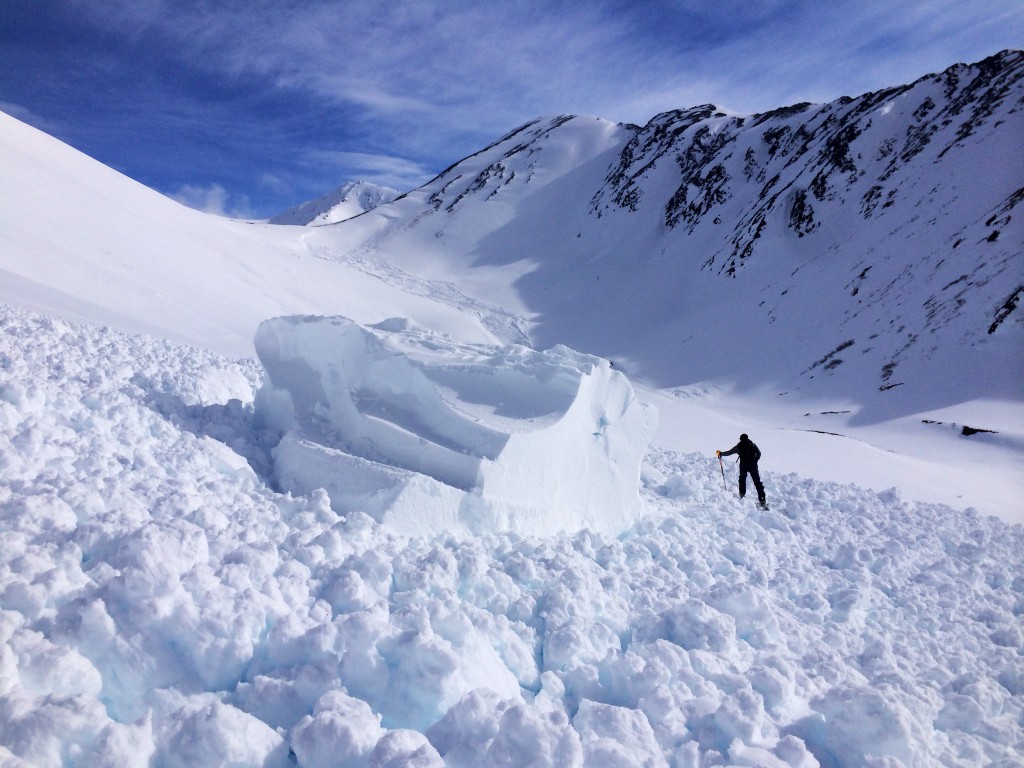 Warming will be gradual today as we will be under cloudy skies for the majority of the day.  Despite this, there is still a lot of heat contained within the snowpack.  Keeping slope angles on the low end on all aspects and avoiding cornices will be important ingredients for managing these avalanche concerns in the mountains today.

Over the past 24 hours the mountains around Eastern Turnagain Arm have experienced mild temps, cloudy to sunny skies and occasional rain showers.

Today light Northerly flow will keep skies cloudy and bring a chance of light rain/snow.   The sun will make an occasional appearance throughout the day.   Rain snow line will be around the 2,500′ level.   Winds will be Northwest at 10-15 mph.   Temperatures at 1,000′ will climb into the mid 40s F.

The extended outlook is calling for a continuation of unsettled weather bringing mild temps, cloudy skies and showery activity.