The avalanche danger is LOW at all elevations today.   Triggering avalanches are unlikely.

If you are headed out in the backcountry today (and have a smart phone) consider participating in this very interesting research project: “Understanding Travel Behavior in Avalanche Terrain: A Crowdsourced Approach“.  Researchers from Montana State University are looking for data sets worldwide and we can help provide some valuable AK data!

Spring like conditions exist in the higher elevations.  With a lack of concerning weak layers in the snowpack comes a very low likelihood of triggering anything other than very shallow loose snow avalanches today.

Yesterday my partner and I were able to get the 2” of surface snow moving in terrain over 40 degrees.  Volume of these sluffs were very low and moved at medium speed.  This made sluff management simple.  It is worth paying attention to your sluff if venturing onto large sustained slopes containing steep rollovers and gullies.  This surface snow will become more loose over the next several days of clear and cold weather.  As such, it will become easier to trigger this thin layer as we move through the week. 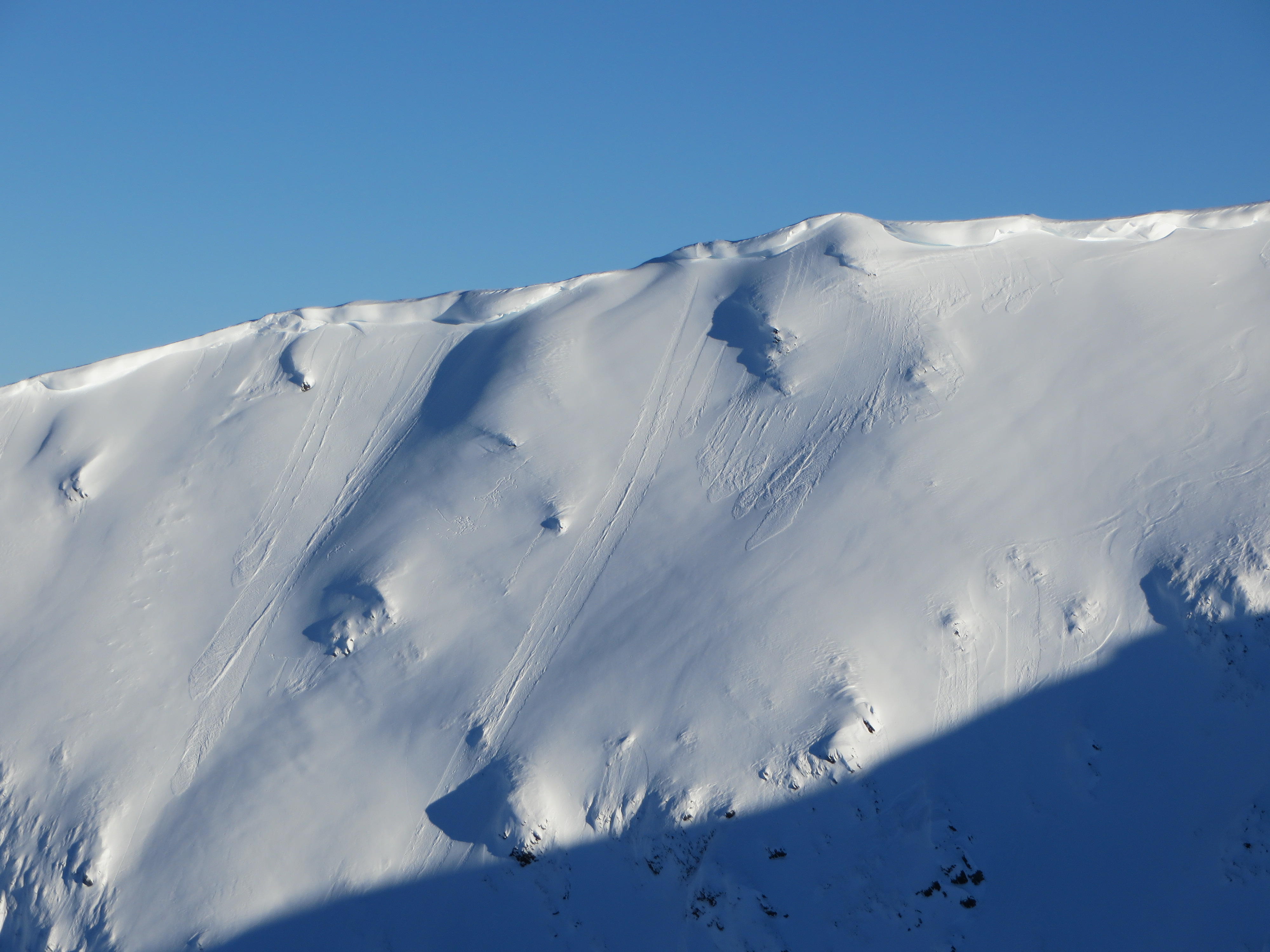 Glide cracks are scattered throughout the forecast area.  Glides exist on all aspects between 2,000′-3,000′.  We continue to monitor and track areas with glide cracks.  No new movement or releases were noted yesterday.  Minimize your time under glide cracks, as they can release without the normal warning signs.

As mentioned above, early season conditions between road level and 2,500’ exist.  Slick crusts, especially in well traveled areas are veiled with a dusting of low density snow.  Rocks and stumps may be lurking just below the surface.  On the bright side most small creeks and water sources have frozen over with the recent cold temps.  Take your time moving through these areas today.

As high pressure has established itself over a large portion of the state, temperatures have dropped.   Ridgetop stations have averaged in the single digits F over the past 24 hours.   Winds have been light out of the North.   No new precipitation has fallen.

Today expect similar conditions, with clear, cold and calm being the theme for the day.   Ridgetop temperatures will remain in the single digits F and winds will be very light out of the North.

The extended outlook is showing a continuation of this pattern until at least Thursday.   Low pressure systems from the South and West will attempt to push up into the region later in the week.