Most areas today will continue to have a LOW avalanche danger as only a few inches of snow is expected to blanket the mountains. However, in favored locations that see 6″ or more with gusty winds the danger will rise to MODERATE. In this case, fresh wind slabs ~8″ thick may be found on leeward slopes near ridgelines and on steep rollovers. Additionally, watch for shallow new snow sluffs and, if the sun pokes through later in the day, natural wet sluffs from rocks and trees.

For the first time in just over 3 weeks we have measureable snow to report! However, accumulations are scant – but still accumulations nonetheless. So far we have picked up roughly 3″ in Turnagain Pass and Girdwood Valley with another 1-3″ possible today. Colder air is moving in and the new snow is low in denisty and reaching sea level.

Winds are forecast to be generally light, but on some ridge tops may be just strong enough to move the light snow around and form shallow wind slabs on leeward slopes. With such low snow amounts these are not likely to pose much threat unless you find yourself in a zone with 6″ or so of new snow. In this case, quick hand pits, watching for wind drifted snow and any cracking or ‘slabing’ up of the new snow will be key in sussing out wind slabs. Watch for them to be touchy and not bonding well with the crusty conditions underneath.

For a sense of the expected surface conditions (ah, ‘dust-on-crust’) – below are shots of yesterday’s snow cover that is now mostly frozen with 1-3+?” of light snow on top: 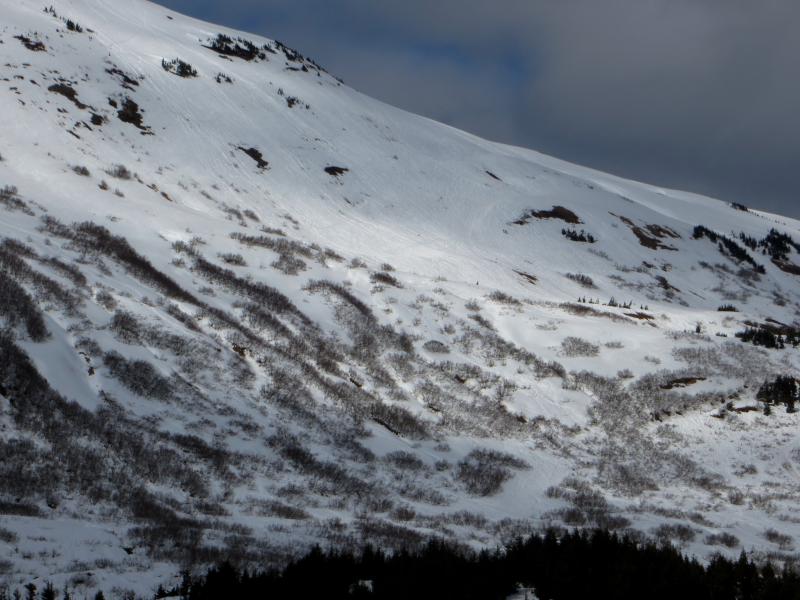 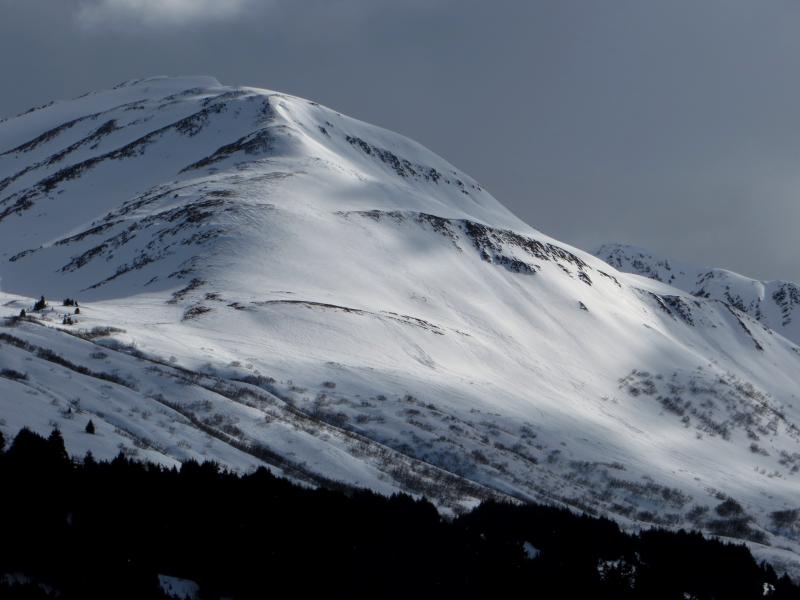 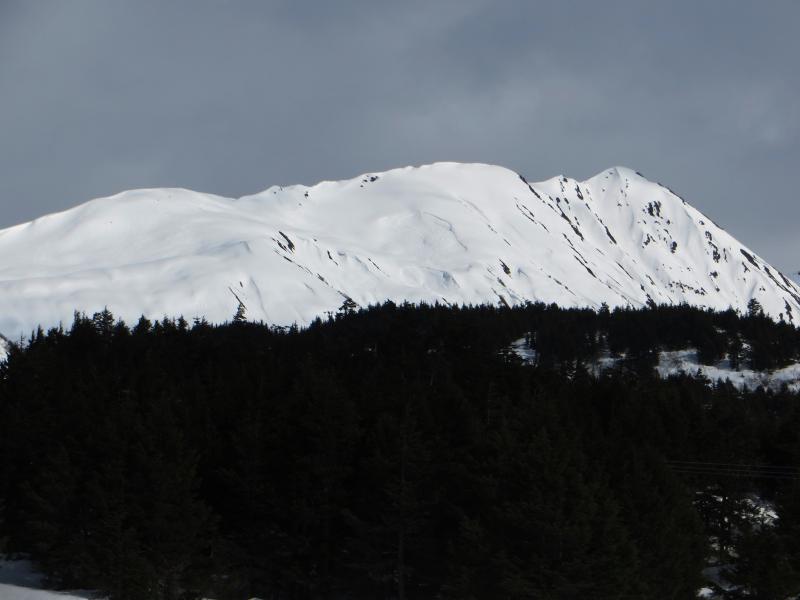 On slopes lucky enough to receive over a few inches of snow you’ll likely find it easy to initiate predictable and low volume dry sluffs.

**Later in the day, if the sun is able to warm the new snow watch for roller-balling from rocks/trees/alders/etc. If the sun is intense enough, these could turn into decent size wet snow sluffs and something to be aware of if you are in confined terrain such as gullies. Damp/wet snow sluffs can push a person around much more than the dry variety that should be present earlier in the day.

Yesterday’s partly cloudy skies, light winds and warm temperatures (30-40deg F) continued to melt out the existing snow cover. Overnight however, cloud cover moved back in and snow began to fall as cold air slides in from the Northwest and collides with a warm and weak low pressure to our South – finally a little re-fresher!

It looks like we should get another 1-3″ of very low density snow on top of this throughout the day along with patches of sunshine. Temperatures should continue to drop to around 10F on the ridge tops and to the low 20’sF at 1,000′ – snow to sea level. Winds will remain mostly light to moderate (10-15mph) and switch from the Northwest to a Northeast direction with gusts to 20mph.

Beginning tonight, a return to clear skies and mild weather is in store as another high pressure builds and extends through the remainder of the week.