Human triggered avalanches have been reported in the last 24 hours.  The most significant that we know of is this report from Summit.   Snowpack structure remains poor, and red flags such as whoomphing are common if you break trail.

The danger rating is  MODERATE for persistent slab concerns, especially in areas that have a stiffer wind slab on the surface.  Natural avalanches are unlikely but human triggered avalanches are possible in steep terrain.

Happy solstice!  Our daylight hours will be GAINING from now on.

The interface that we have found most likely to fail is around the early December freezing-drizzle crust.  This layer is now buried 12-18 inches or deeper in wind loaded areas.  See this observation for a pit profile.  Every new bit of snow adds stress to those layers, but we haven’t had any large storms to overload the snowpack to widespread failure – meaning no large natural avalanche cycle.  This leaves some areas on the brink of failure, waiting for a trigger to release that energy.  A lot of people have noticed widespread whoomphing as the layers collapse when a person walks or rides on the snow.  In a few cases the slope was steep enough to avalanche when that collapse happened.

A small amount of new snow today will add to the stress in the snowpack, but probably not enough to cause natural avalanches.  The overall avalanche problem today will be similar to the last few days.

Photos from Tenderfoot, above Summit Lake from Friday. 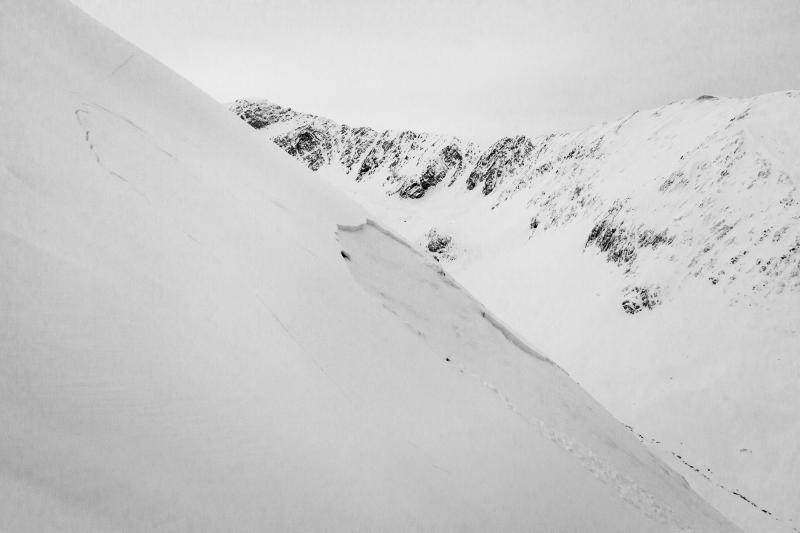 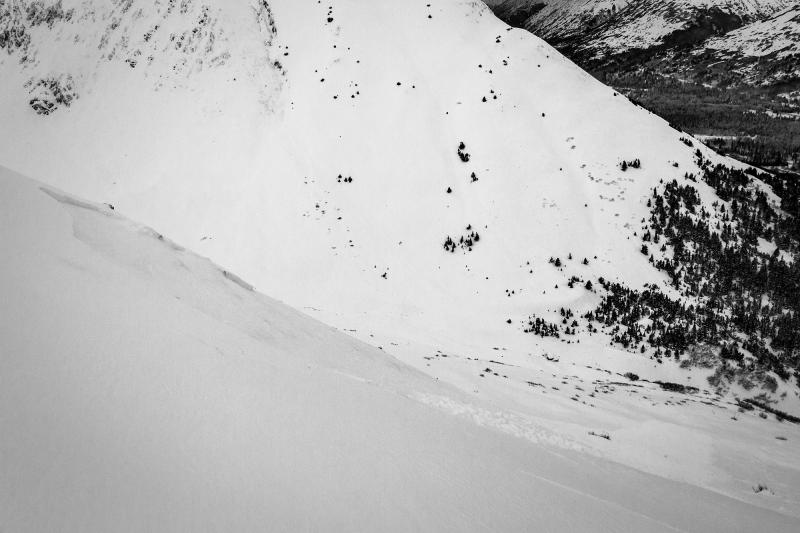 A little bit of snow fell overnight.  About 2 inches of new are on the ground as of 6am.  A moderate east wind has been steady through the night, gusting to a peak of 27 at Sunburst.

Another 2 inches of snow is expected to fall through the day today.  Temperatures are approaching freezing, and may pass that mark at lower elevations.  A freezing rain advisory is in effect, mainly in the interior Kenai from Turnagain pass to Moose pass.