We continue to have an overall  LOW  avalanche danger in the mountains surrounding Turnagain Pass. Avalanche activity is unlikely. The main concerns for backcountry travelers are conditions associated with an early season and thin snow cover.

The recent cold temperatures, after the early December warm spell, have essentially tied the surface of our snowpack together with a crust. The crust is unsupportable in most areas and breaking through into the weak sugar snow below can make skiing and riding challenging. You can see a few recent observations discussing this HERE and HERE.

Again, the main hazards in the backcountry are rocks and other objects near the snow surface. I would also argue that an additional hazard is negotiating the ‘ankle grabbing’ surface crust.

Snowpack Discussion:
A layer of surface hoar has formed on the top of our snowpack during the past few days. This is anchored to the crust that caps the snowpack and forms a surface hoar/crust combination. Though the combo not dangerous now, it will have our attention when we get our next shot of snow and a slab forms on top. 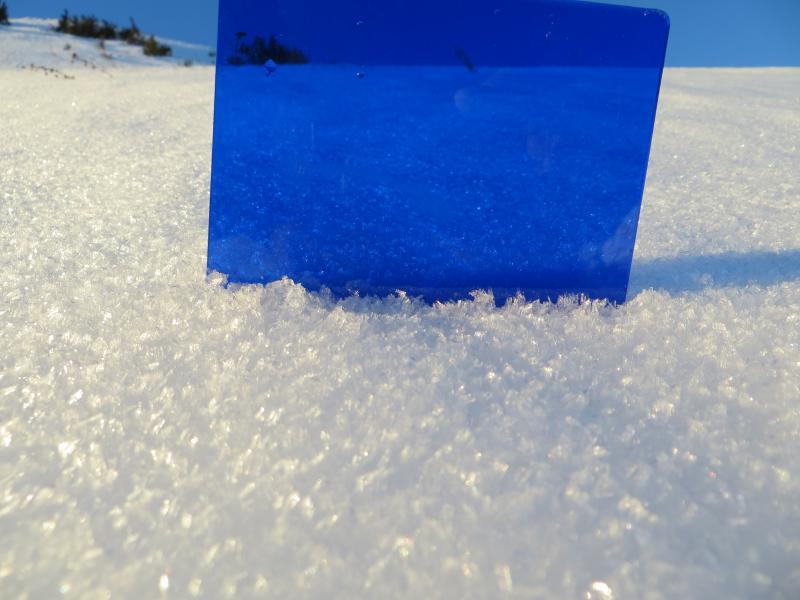 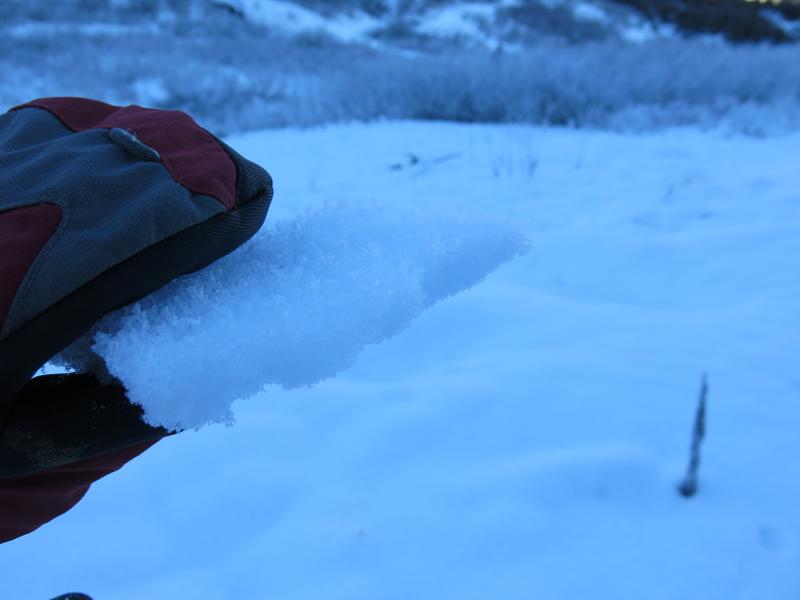 During the past 24-hours we have been on the north side of a large low pressure system sitting well to our south. This has brought cloud cover but no precipitation to our zone. Temperatures have been in the 20’s F at most locations and wind light from the southeast.

This pattern will remain through the day before it breaks down and colder air ushers in from the north tomorrow. We can expect partly cloudy skies today with temperatures remaining in the mid to upper 20’s F across the board. We do have a chance for a few flurries. Winds will be light and variable before turning northeast tonight with the approach of the colder polar air. Wednesday we should see skies clear and temperatures in the teens and single digits with light northerly winds.

If you have read this far in the advisory you may be happy to hear that a shift in our weather pattern is coming this weekend. Confidence looks to be high at the NWS that a decent precipitation event is headed our way. Let’s cross our fingers the models are right. See their full discussion HERE.