An overall  LOW  danger dominates Turnagain Pass.  The possible exception is areas with stiff wind slab near ridge tops where a strong wind has been blowing since Thursday.  The nature of our current snowpack is weak snow over weak snow, making avalanche activity difficult to initiate unless the surface snow is noticeably stiffer and denser.

All of Chugach National Forest remains closed to off-road motorized use due to a lack of sufficient snow cover.  Snowmachines will be permitted when the snow is deep enough to protect the ground underneath.

We need a couple more feet, give or take. Snow stake at Turnagain Pass shows one foot of snow. 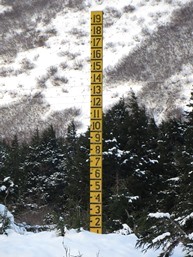 The general snowpack structure consists of a weak base with a slightly stronger (but still weak) upper layer of snow that fell last Thursday, Nov 21st.  The most concern can be found in areas that have been wind loaded in the last couple days, with a stiff and cohesive wind slab.  There is still some evidence visible from natural avalanche activity caused by the wind.  All avalanche activity that we have seen in the last 2 days has followed this pattern.

Leeward facing slopes, which are predominately southeast and east faces but may include other aspects, are the primary concern today.  The thin and shallow snowpack makes all avalanche activity low volume, but exposed rocks and trees create an additional hazard that we don’t experience most of the winter. 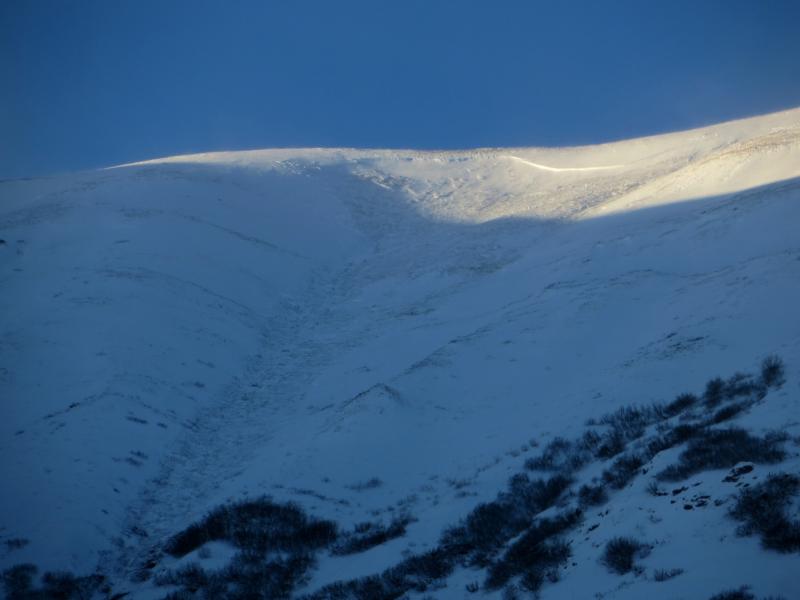 Check out Wendy’s observation from Thursday with more pictures of some of that wind loading action.

Clear and cold weather persists across the region.  Temperatures this morning hover around zero F.  A few weather stations are reading higher, and a few are reading lower.  Wind at the ridgetops is expected to remain 15-30mph from the North.

This pattern is expected to to stay with us through the weekend.  A warming trend is forecasted to start on Sunday with precipitation (hopefully) by Tuesday.