Still within 48 hours of a significant storm event, caution is warranted in the backcountry.   Some areas received over 2 feet of snow in the latest storm.   A handful of large and destructive avalanches were caused by this storm in the last few days.   Above treeline the danger will be MODERATE for storm snow, wind slab, and cornices.

The backcountry stability is on a steady improving trend.   Natural avalanches are unlikely, human triggered avalanches are possible in specific steeper terrain.

The recent storm had peak intensity 2 days ago, and dropped more than 2 feet of snow in some areas including Turnagain Pass.  It was deep enough on Wednesday to make travel downhill quite difficult.  After yesterday’s relatively clear weather that snow should be settled and consolidated to the point that travel is easier.

A handful of large avalanches were caused by that storm, including a large natural that crossed the Portage road.  All the major avalanche programs in our region were doing explosive avalanche reduction work.  After the storm ended yesterday, explosive triggers were only causing small to medium avalanches occasionally, with nothing deeper than the recent storm snow.  The picture below shows one of the larger avalanches produced by Seward highway work yesterday.

Colder temperatures and calmer weather will be acting to bring stability to the recent storm snow, but it still deserves a cautious approach today. 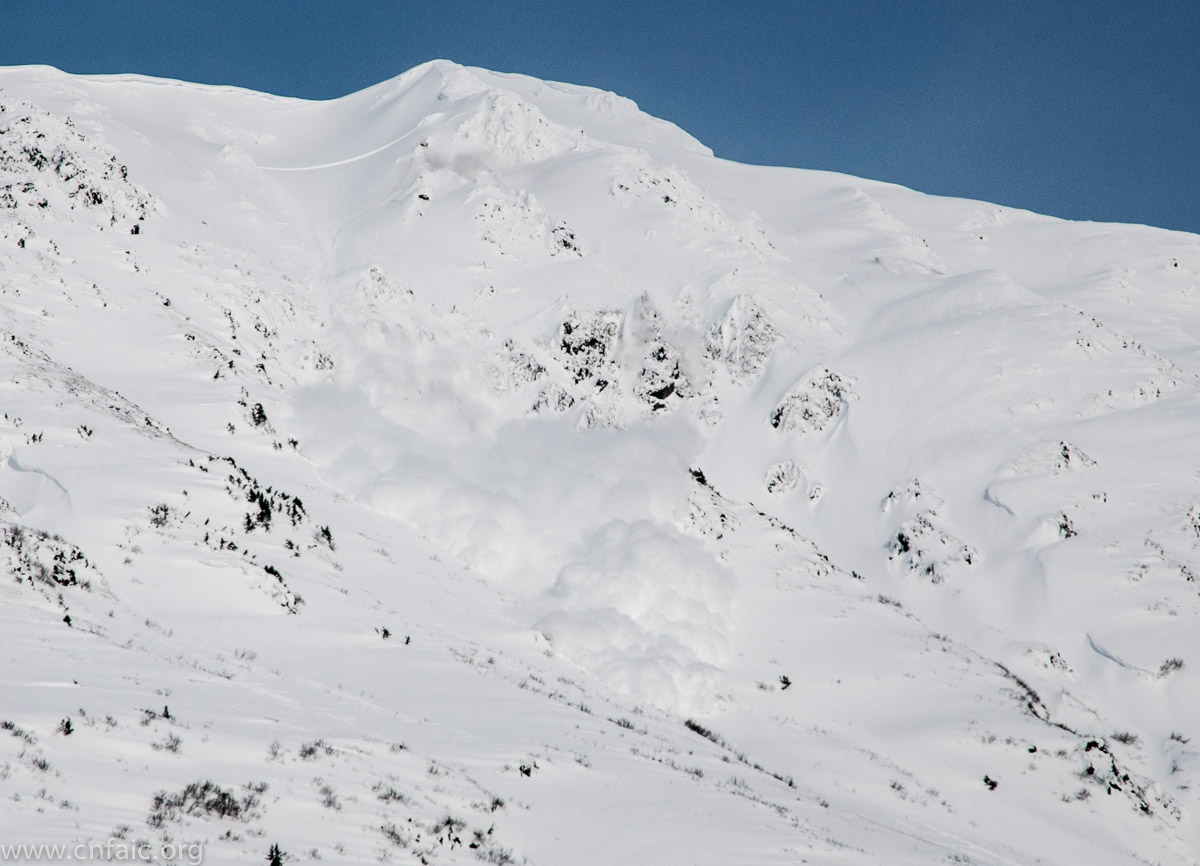 The buried crusts can be found in some areas at mid elevations between roughly 1900 and 3000 feet.  As those layers get deeper with each storm, the likely places to trigger deeper layers will be from shallow points that have been partially scoured by wind.

Storm totals yesterday morning reached near 2 feet of snow and up to 2 inches of water equivalent in some areas.   Areas such as Girdwood, Grandview, and Portage got more snow.   Summit lake got less, but still enough to cause concern.

In the last 24 hours temperatures have cooled off a few degrees, wind has dropped, and precipitation ended by the afternoon.

Today, a weak low pressure is spinning in Prince William Sound which may bring a few inches of snow.   Snowfall will end tonight and the weekend will bring a clearing trend.   Expect temperatures in the 30s and light wind.

Fitz will issue the next advisory Saturday morning, March 2nd.