With calmer weather, colder temperatures, and less recent evidence of avalanche activity the danger rating drops to MODERATE today for the first time since December 23rd.   A significant amount of uncertainty still exists, and if an avalanche is triggered it may still be very large and dangerous.   Below treeline the danger is LOW.

The primary concern is still the deep slab problem.  Just two days ago we had a number of very large avalanches, both in Turnagain Arm and Turnagain Pass.  Since that time the rain and snow stopped and the temperature dropped significantly.  Yesterday, just one day removed from the storm, a number of explosive triggers in Turnagain Arm had few significant results.

The majority of the avalanche activity from the final burst of moisture seemed to be focused on steep, rocky terrain.  This gives us a good starting point on which to base our terrain choices.  The weak layer that may collapse to intiate an avalanche is unlikely to be affected by a skier in areas of deeper snow.  The likely “trigger points” will be shallower, where the stress of a person doesn’t have to penetrate through as much strong snow.  Steep north facing lines, complex terrain with chutes and ribs, and generally shallower areas should be avoided today.  This problem should be approached by traveling where the snow is deepest, and testing it where it is thinnest to gauge the worst case scenario.

Yesterday our pit tests on Sunburst found the same weak base layer that has plagued us for most of the season.  The general feel of the layering structure isn’t much different from what we’ve been seeing.  However, the force require to initiate a collapse was significantly greater than it was a week ago.  The bad news is that it still collapses, and it still propagates.  This tells us that triggering a collapse is less likely, but if it happens, a large avalanche is still very possible.

Pictured below is the before and after of Alpenglow peak which slid on Monday. 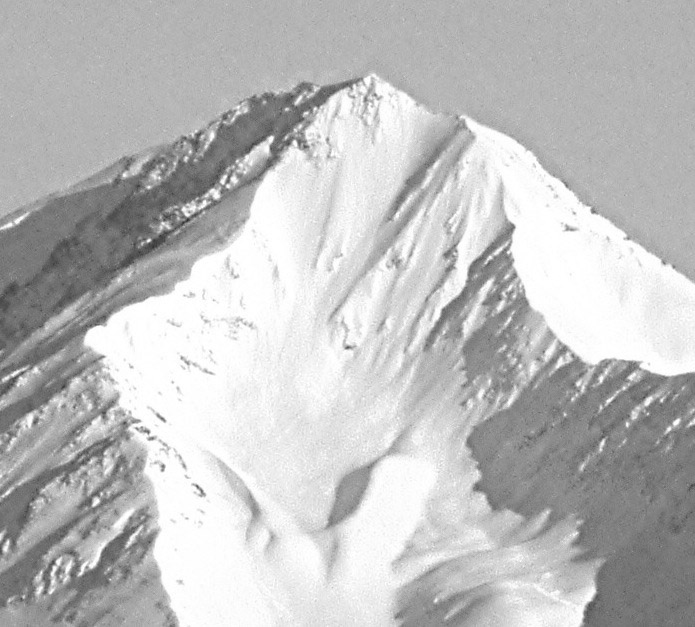 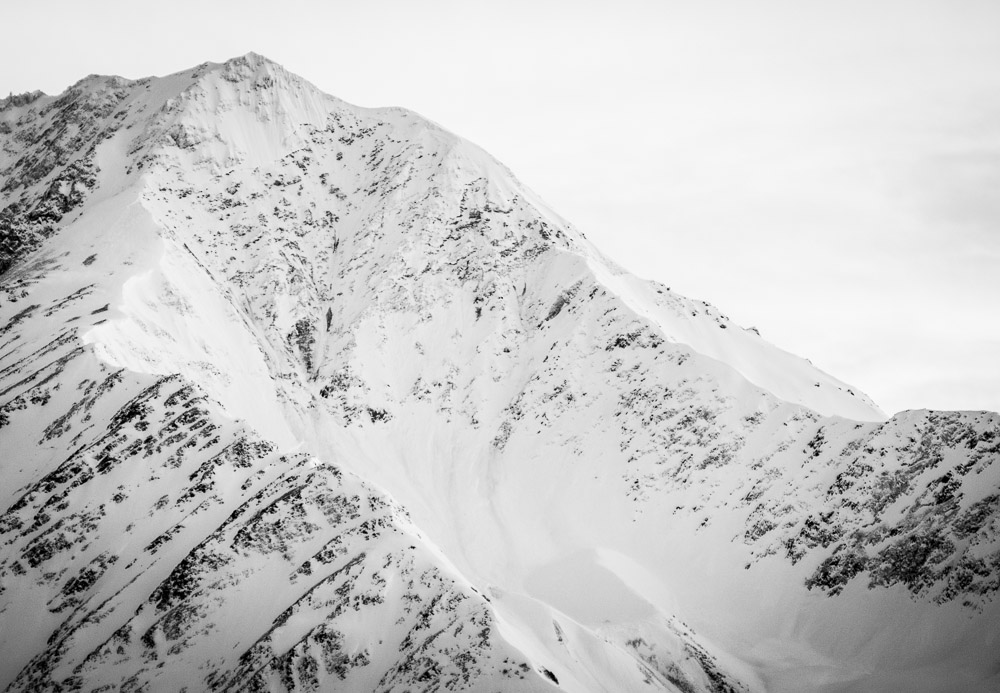 Above treeline there was wind during the last storm system.  Ridges have a stiff, windblown character to them.  Deeper and stiffer snow will be found on the lee side of terrain features.  We don’t have a lot of evidence to suggest that windslabs will be unstable, but it is something to watch out for.

The last major storm system left us on early Monday, giving us more than 48 hours since significant precipitation.   Temperatures have dropped since that time, freezing the rain and wet snow that fell below 2000 feet into a surface crust.

Today, 3-5 inches of snow is in the forecast with light wind.   Temperatures should remain below freezing.   The weather today is not expected to contribute much to the avalanche problem.