The avalanche danger is LOW at all elevations in the forecast zone. Although triggering a slab avalanche is unlikely, loose snow sluffs could be triggered on steep slopes with loose surface snow. Even in low danger conditions, we have to keep up good travel protocol in the event of a surprise avalanche.

Forecaster Chat #1: Come join us at Alaska Mountaineering and Hiking on Thursday, December 15th for our first forecaster chat with John Sykes. Admission is free! Start time roughly 7pm, exact time TBD. The forecaster chat will focus on how to streamline submitting high quality observations and a discussion on decision-making in unusual conditions.

The last known avalanches occurred 8 days ago. They were small wind slabs associated with a NW wind event.

It is good to remember that green light conditions mean that triggering an avalanche is ‘unlikely’ not impossible. The mountains can harbor surprises now and then, so to reiterate – good travel practices are key all the time, even now. That means, only exposing one person at a time, having escape routes planned, limiting exposure on ascent routes, spotting your partners, and watching for other groups.

If you’ve been following the forecast, you’ll know we have been concerned about a layer of facets that exist at the base of the snowpack at the higher elevations (above 3,000′) – named the October facets. We’ve been targeting locations to assess the layer as well as seek out information from others. With a week of quiet weather, generally stable pit results, and almost 3 weeks since the last know avalanche released on it, we have confidence the layer is either healed or in a dormant phase (unreactive). Example from two pits below showing both these situations.

Other avalanche issues that we should be aware of are old stubborn wind slabs in steep terrain. Even a small wind slab, that would be too small to bury a person, could knock someone off their feet and send them somewhere they do not wish to go. Watch for stiff old hard snow over softer snow and of course, any cracks that shoot out from you. Otherwise, sluffs in the loose surface snow are possible. These also are small, but in the wrong place could knock a person around. In short, watch your sluff. 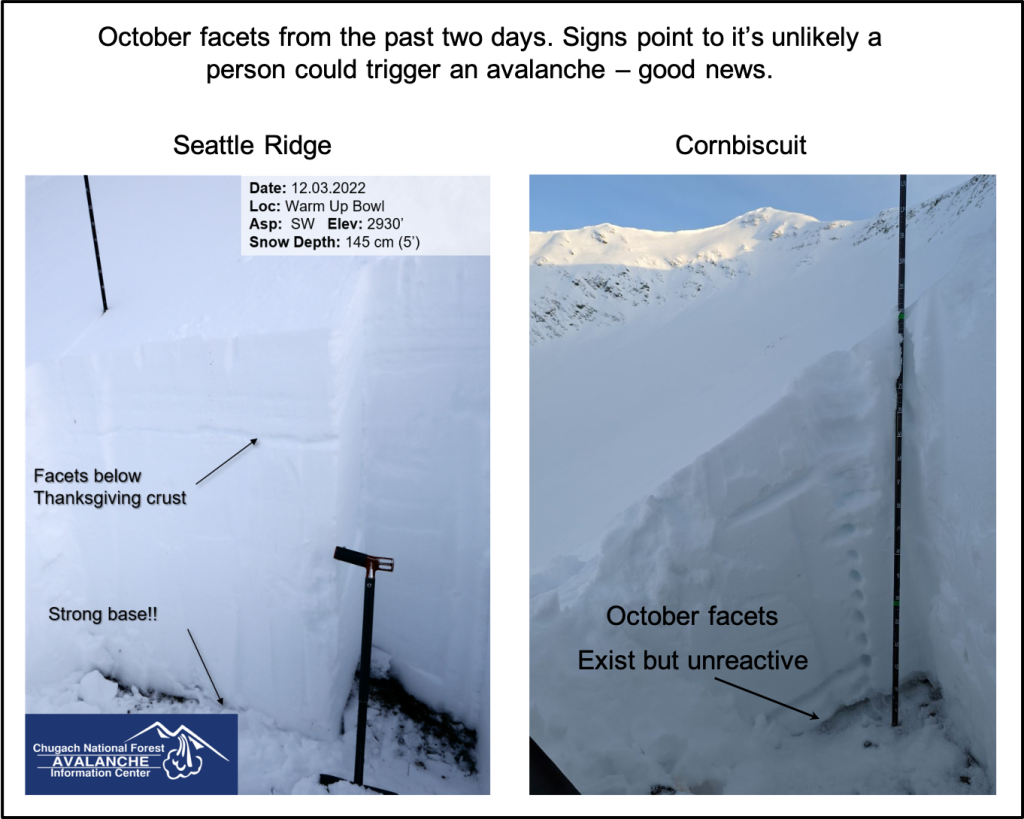 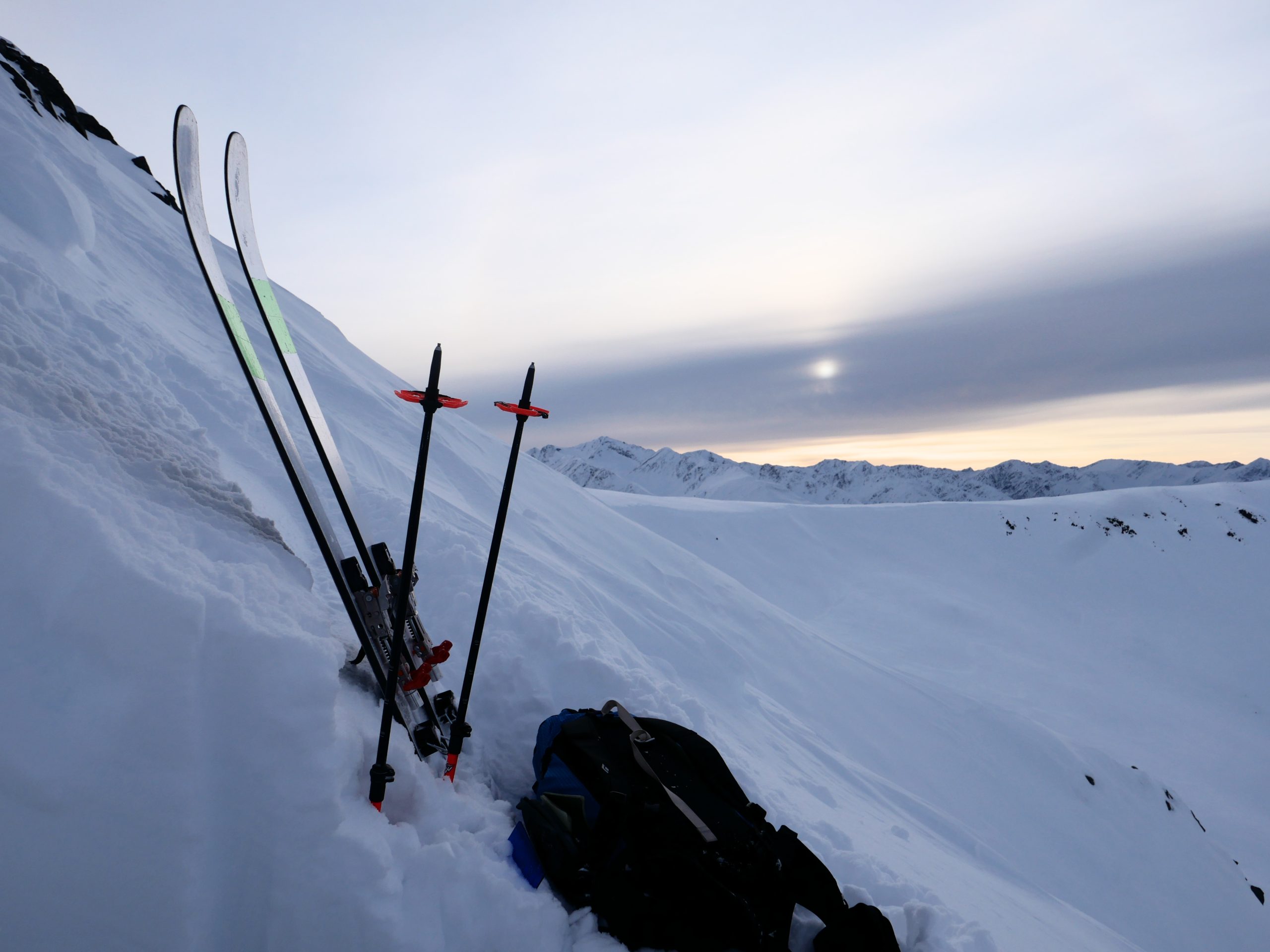 A view from Andrew’s pit yesterday; looking toward Pastoral from the start zone in Warmup Bowl on the backside of Seattle Ridge. 12.3.22.

Looking ahead to when it starts snowing again, there is another layer we are tracking. This is weak snow (facets) developing around the crust that was formed just before Thanksgiving (aka the Thanksgiving crust). This isn’t creating avalanches now, but could be a player down the road. However, the biggest player when we get new snow will likely be the current surface, which is composed of loose near surface facets.

Yesterday:  High clouds were over the region yesterday with light and variable winds along ridgetops. The inversion strengthened over the day with valley bottoms in the teens F and upper elevations hitting the mid 30’sF. In fact, Sunburst hit 36F yesterday!

Today:  Mostly sunny skies with some high clouds are expected today. The inversion will remain in place, valley bottoms staying near the teens F and high elevations bumping into the low 30’sF. Ridgetop winds are forecast to be light and variable.

Tomorrow:  A pattern change begins tomorrow with clouds moving in along with a chance for 1-2″ of new snow tomorrow night. Another pulse of moisture looks to be taking shape for Tuesday into Wednesday, adding 2-5″ of new snow. Temperatures remain cool enough for mostly snow to sea level. Winds look to be on the 5-10mph side from the east and north with these two events.