The avalanche danger remains LOW in the backcountry surrounding Turnagain Pass. Triggering a slab avalanche or wet loose avalanche is unlikely. Watch for glide cracks and limit exposure under them. As always, give cornices a wide berth.

CNFAIC Update:  As Alaskans know, two statewide COVID-19 Heath Mandates were announced Friday that went into effect yesterday. Following both the Social Distancing and Intrastate Travel directives are critical for the health and safety of our communities at this time. CNFAIC operations and public safety products are being impacted, which are currently being evaluated. We will keep everyone up to date with any changes that may take place moving forward.

*For some fun at-home avalanche ‘geeking’ on your own or with your family and kids, check out our recent post HERE!

In contrast to last week temperatures are staying colder, there is solid overnight freezing and a crust on all aspects high into the Alpine. Triggering an avalanche is unlikely and a ‘Normal Caution’ avalanche regime exists in the backcountry surrounding Turnagain Pass. Remember LOW danger does not mean no danger. Always carry avalanche rescue gear, use safe travel protocols, look for signs of instability, and pay attention to changing conditions.

Glide avalanches:  Despite the low danger, glide avalanches could still pose a problem. Although the temperatures are cool, this type of avalanche could release at anytime and is not associated with a human trigger. Watch for glide cracks and limit any expose under them. A few glide cracks are beginning to open and several released on Thursday.  Don’t mess with the brown frown! 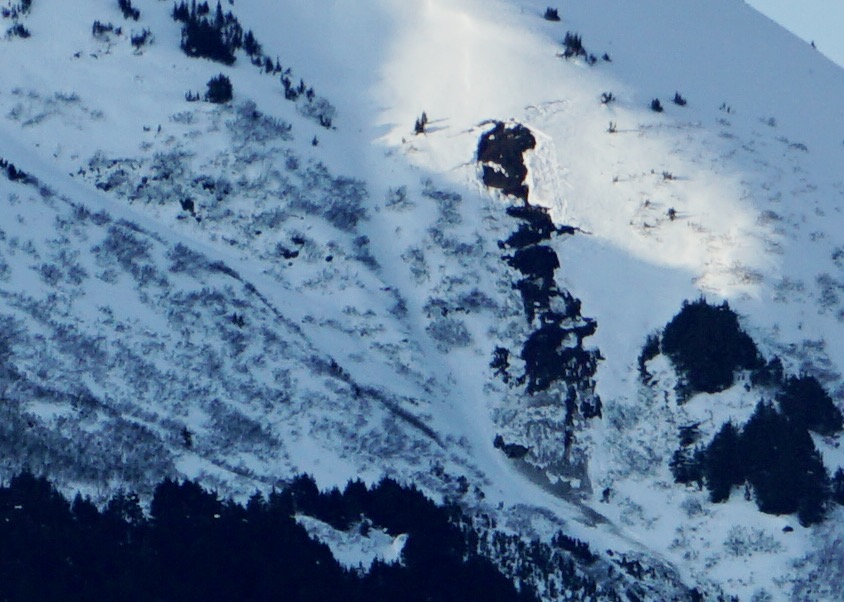 Close up of the glide avalanche on Raggedtop that released on Thursday. 3.26.20.

Avalanche Outlook for the coming week:
A couple more days with clear skies, cold nights and warm(ish) daytime temperatures are in the forecast. Solar warming on southerly slopes, combined with light winds, may be enough to soften and melt surface crusts. If the crusts melt and the cohesion is lost, the avalanche danger will rise. Both wet loose and wet slab avalanches will become possible. Watching for this will be the key to avoiding avalanche issues during the beginning of the week.  Later in the week with a chance of rain and snow, paying attention to temperatures and precipitation amounts will be important for assessing avalanche danger. Rain on snow can cause wet avalanches and storm slabs may develop if new snow does not bond well to the existing snow surface. 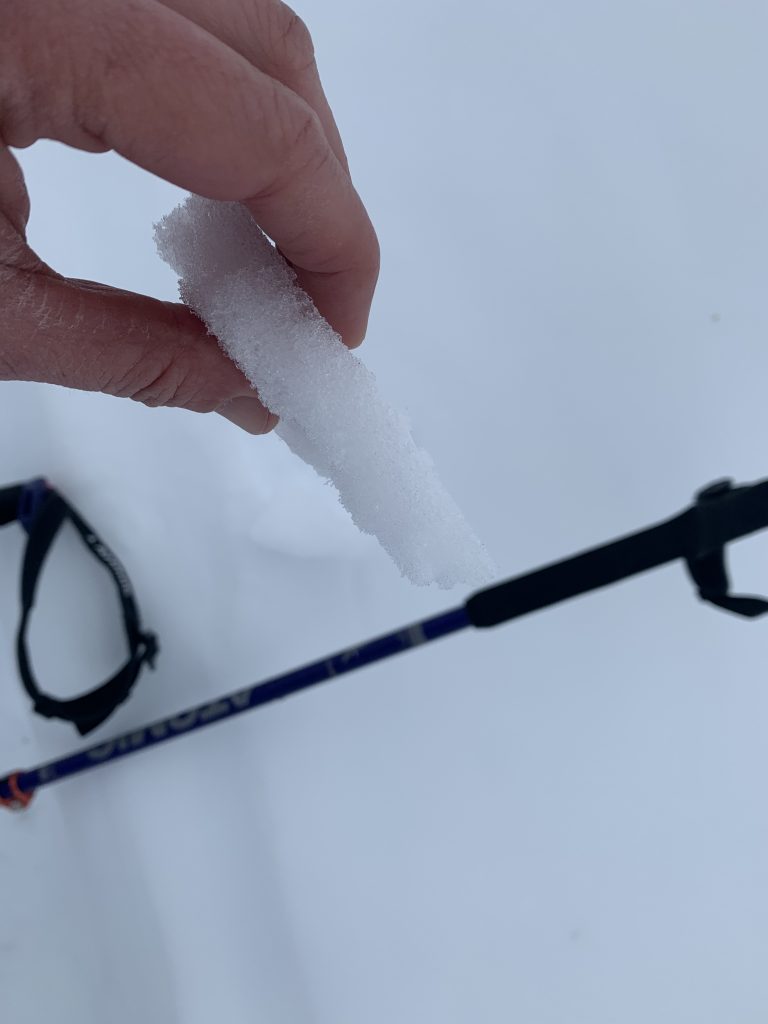 Pay attention to the crust this week! Is it solid and supportable? Or soft and punchy?

Wet loose avalanches:  Watch for daytime warming to soften surface crusts on steep southerly slopes. Once the snow is punchy and becoms saturated, wet sluffs will be easy to trigger. These can run much further than expected on large slopes and entrain a significant amount of snow.

Lingering wind slabs:  There still could be some lingering wind slabs in the high elevation rocky terrain that are not yet welded into place. Daytime warming can cause these to become more sensitive and as always, be wary of wind deposited stiff snow over weaker snow.

Tomorrow: Looking ahead the clear skies, cooler temperatures and light winds continue through Tuesday.  Starting Tuesday evening clouds move in with a warming trend and chance of precipitation starting Thursday. There is overall uncertainty with the weather pattern going into the weekend but the general outlook is for relatively benign weather for the region.