Today the avalanche danger is LOW.   A low danger does not mean no danger.  Normal caution is advised for loose wet avalanches, cornices, thin wind slabs, and glide cracks. Loose dry avalanches are possible for a human to trigger on wind protected and shaded aspects.  Remain aware of changing surface conditions.

SUMMIT LAKE to SEWARD: Extra caution is advised. In much of this terrain the overall snowpack is thinner and triggering a large slab avalanche is possible due to a weaker snowpack.

Cancelled – March 21st Avalanche Awareness Day
We regret to announce the cancellation of the March 21st Turnagain Takeover Avalanche Awareness day at Turnagain Pass. As an organization that promotes public safety, our first priority is keeping the backcountry community safe and informed. Given the nationwide spread of coronavirus, we are following the recommended guidelines to limit social gatherings. Thank you for your understanding.

Cloudy skies are forecast for today with a chance of 1-2″ of snow accumulation in the upper elevations by late afternoon.  The temperatures are expected in the 20’s to low 30’s °F with light to moderate ridgetop winds from the southeast reaching toward 28mph.

With cloud cover expected today, direct sunlight may play less of a driving factor in our surface instabilities.  With that said, clouds could create a greenhouse effect unless the winds verify.  Regardless, as our ambient air temperatures hover in the 20’s °F throughout most of the advisory area, the surface of the snowpack could move closer to weakening the crusts and create loose wet avalanches.

In areas with a thinner snowpack, including the southern edge of the forecast zone and Summit lake, weak snow remains buried 1-2′ below the surface. This remains a concern and extra caution is advised for triggering a dry slab avalanche.

Cornices: As usual, it’s prudent to give cornices a wide berth and limit your time beneath them.

Loose dry snow:  Loose dry snow still exists in many areas, especially on northerly wind protected aspects.  On steep slopes where this is the case, sluff could be easy for a human to initiate and could move down slope with enough volume to take a person off their feet or machine.

Wind slabs:  Small wind slabs could form today with new snow and winds reaching into the 20’s mph.  These could be touchy to human trigger if they fell on the recently formed surface hoar which was likely preserved on northerly and windward aspects. 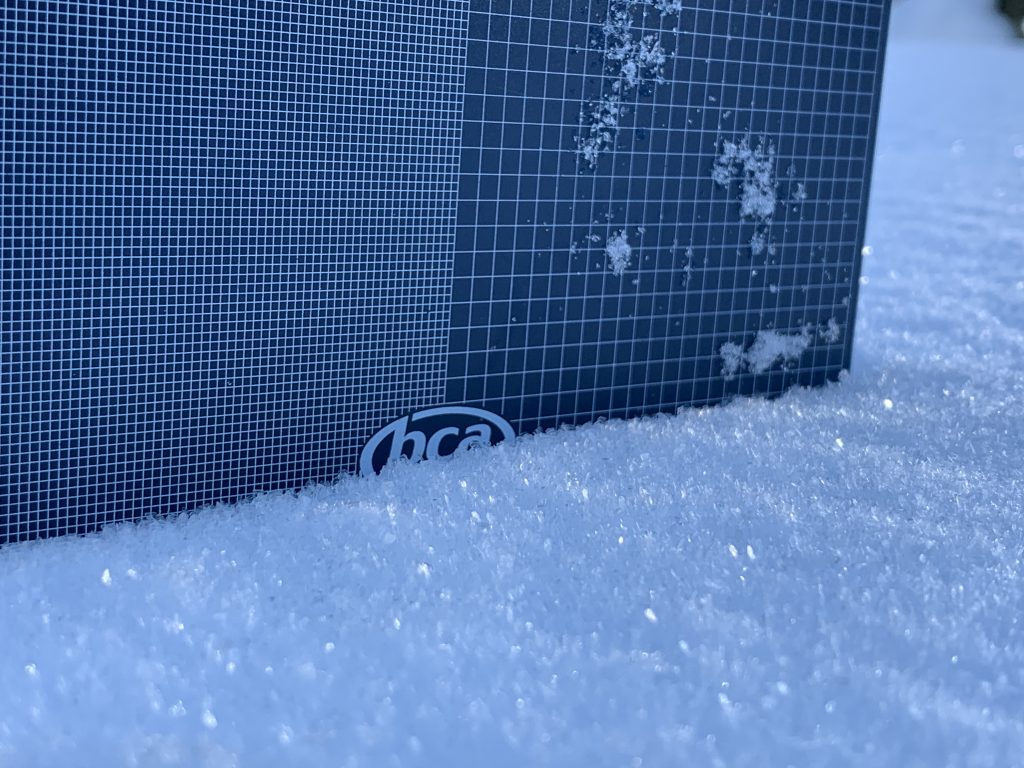 2-12mm surface hoar found on windward and shaded aspects of Max’s.  Based on relative humidity, it’s suspected this may be found throughout the advisory area on similar aspects.  3.15.20. Photo: CNFAIC archive.

Weather
Tue, March 17th, 2020
Yesterday:  Clear skies with temperatures ranging in the 20°Fs to mid 30°Fs. Winds were westerly 5-10 mph with gusts into the teens.  No precip.

Today:  Cloudy with a chance of snow in the afternoon.  Temperatures are forecast to range from the 20’s °F to a high near 34°F. East winds are expected to be calm to light at 5 mph.

Tomorrow:  Cloudy, then trending to become mostly sunny, with a high near 37°F and a lows in the 20’s °F. Calm to light winds are expected from the northwest near 5 mph.