A LOW avalanche danger exists in the Turnagain Pass area and could rise to MODERATE late tonight with new snow and wind moving in. In exposed steep terrain with wind affected snow, isolated wind slabs exist and may release under human trigger.  Additionally, sluffs could easily be initiated and gain volume and momentum on steep sustained slopes and chutes. As always, limit exposure under glide cracks and give cornices a wide margin.

SUMMIT LAKE: This region is just out of our advisory area to the south. The snowpack is shallow, composed of several weak layers, and experienced more wind effect and wind slab development. Extra caution is advised for triggering a slab avalanche.

**Snowfall is expected to begin tonight, with up to a foot of new snow falling in the high terrain by Monday. If the storm verifies, this will increase the avalanche danger for Monday, Martin Luther King Jr. Day.

Although the region is forecast to see some snow tonight, this morning is the 17th day of the January drought. During this dry spell, winds have been generally northwesterly and impacting ridgelines and peaks north of Girdwood, through Turnagain Arm and Portage Valley and south of Johnson Pass. The heart of Turnagain Pass has been spared much of the wind.  With that said, it’s possible that in the last week, wind slabs have formed over weak snow. With the variable wind directions in the region, it’s difficult to predict the aspect these wind slabs may be found, so remain aware.  As always good travel habits are good to keep.

Looking ahead for tomorrow, the new snow will be falling onto a variety of surfaces. This includes, harder wind-packed snow and wind crusts at higher exposed elevations, but predominantly it will fall on very weak sugary snow at all elevations. Bonding with the old snow surface is expected to be poor. Slopes seeing up to a foot of new snow with some wind loading will be prime to avalanche. Stay tuned and be sure to check tomorrow’s forecast! 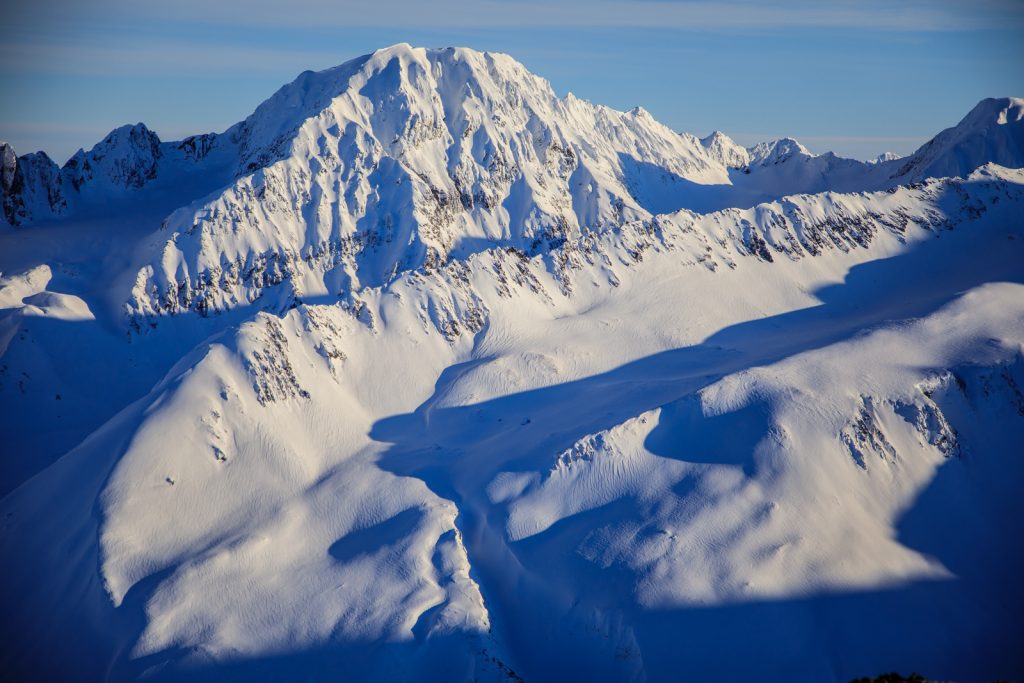 Wind slabs on weak snow:  If you’re considering steeper and higher elevation terrain, remain aware of wind affected snow forming slab character. In wind effected areas, look for pockets of pillowed snow, and remain aware of hollow feeling snow. If you experience red flags such as whumpfing (collapsing of the snowpack), or shooting cracks, it’s prudent to adjust your route. Even a small wind slab can have high consequences if it knocks a person off their feet and down a rocky slope or over a cliff.

Loose snow sluffs:  The surface snow is so loose and faceted it’s very easy to initiate a sluff in steep terrain. They can be heavy and gain more volume than one might expect. If heading to steep chutes or slopes, sluffing should not be underestimated.  Right now, this type of avalanche is predictable in steep terrain, making it easier to avoid by either sticking to lower angle slopes (less than 35 degrees), or by consistently skiing off fall line to avoid entrapment.  This short paper is worth a read if you’re interested in the topic. 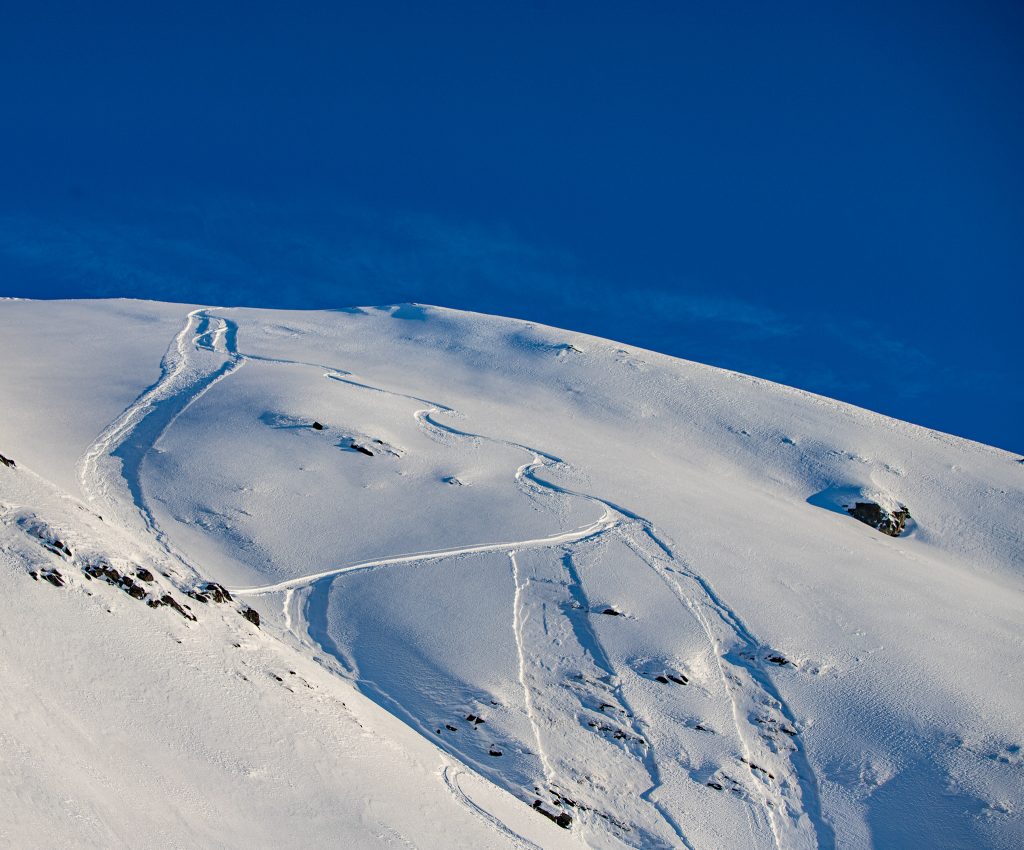 Glide cracks:  Glide cracks continue to widen throughout the region. They’re unpredictable so it’s recommended to limit exposure under them as they can release at any time.

Cornices:  We’ve had no reports of recent cornice failure, but they’re large and overhanging.  It’s good travel practice to give cornices as much space as is reasonable.

Yesterday: Mostly sunny skies with light easterly ridgetop winds.  Temperatures were near 0°F in valley bottoms and around 14°F at the higher elevations.  Zero precipitation.

Today: Clouds have moved in ahead of a low-pressure system from the Gulf. East ridgetop winds should be increasing slightly to 10-20mph later this afternoon and overnight.  Temperatures will be on rise and expected to reach 20°F at all elevations. Between 4-8″ of low density snow (to sea level) is forecast for tonight with temperatures in the low 20’s.

Tomorrow:  Cloudy skies with 2-4″ of snow possible as the system exists the region.  Temperatures at sea level reaching near 25°F. Expect east wind 5- 15 mph along ridgelines during the day.  The peak of the snowfall looks to be very early Monday morning with winds remaining moderate, in the 15-25mph range.  Total storm snowfall by Monday evening should be close to a foot in the Alpine and a bit less in the parking lots.