SUMMIT LAKE: This region is out of our advisory area. The overall snowpack is shallower, the weak layers are more developed and the wind effect is from the recent winds is more pronounced. Extra caution is advised.

An updated report from the Crow Pass avalanche last Friday has been posted to our accidents and near misses page. Thank you to the group for sharing their story and we are very thankful for the positive outcome!
https://www.cnfaic.org/accidents/crow-pass-trail/

We have been talking about buried weak layers for a while. Let’s take a quick inventory of the state of the snowpack. It has now been two weeks since the New Year’s Eve storm and we have been in a mostly clear and cold weather pattern. Since that storm the soft surface snow has become faceted and recently we had almost a week of on and off wind. Due to the wind, the faceted surface snow was buried in some terrain by wind slab. The last human triggered avalanche was Friday evening in Crow Pass.  Where does this leave us now in relation to triggering an avalanche? Well… It is still possible and something to keep in mind if traveling in steep terrain in the Alpine. The level of wind effect has been different across the advisory area. This is a key factor in where the most hazard is. If you find yourself in a zone with very hard wind effected snow this could be sitting on very weak faceted snow below. This is the suspected set up in the avalanche on Friday. Lingering wind slabs are now persistent slabs because they are associated with buried facets. Additionally there are layers deeper in the pack (Solstice buried surface hoar and/or facets and facets with the December 9th rain crust) that have been indicating that it would be hard to trigger them at this point but not impossible. The best way to manage this uncertainty is to avoid steep slopes with hard snow over soft snow, use safe travel protocol and think about consequences. If you did trigger a large avalanche where would all the snow go? Look for signs of instability but realize you may not see them with this type of avalanche problem. 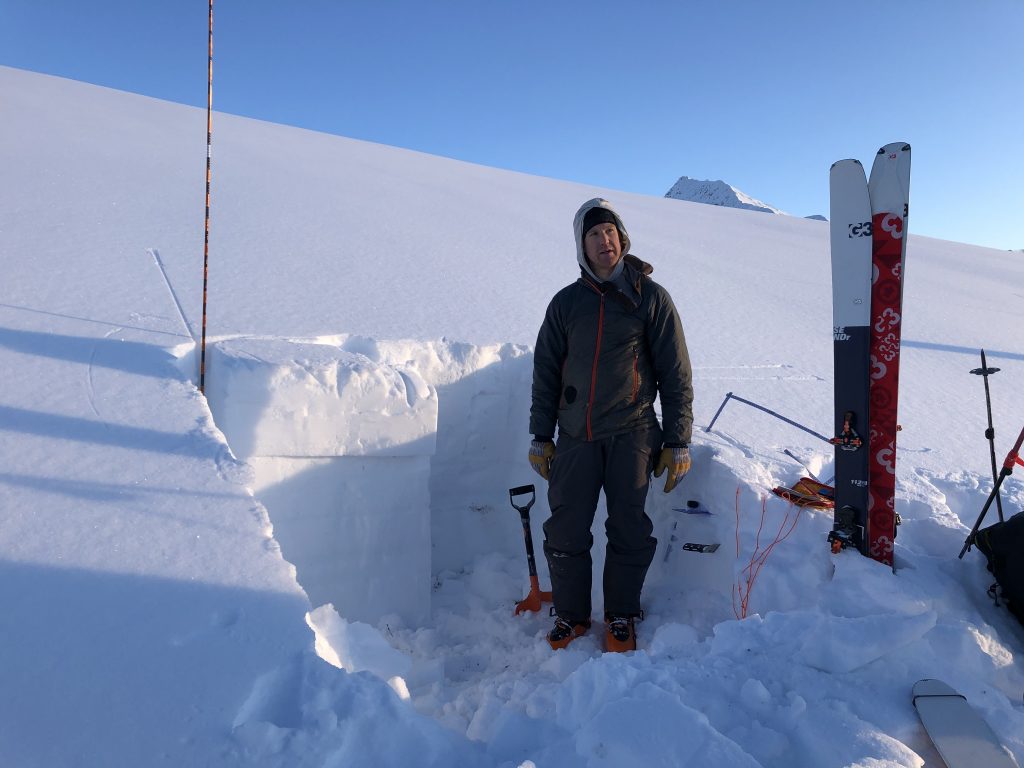 Propagation in a snowpack test on Manitoba at 2700′ on a weak layer of buried facets, 1.11.20. Photo: Alaska Avalanche School Pro 1 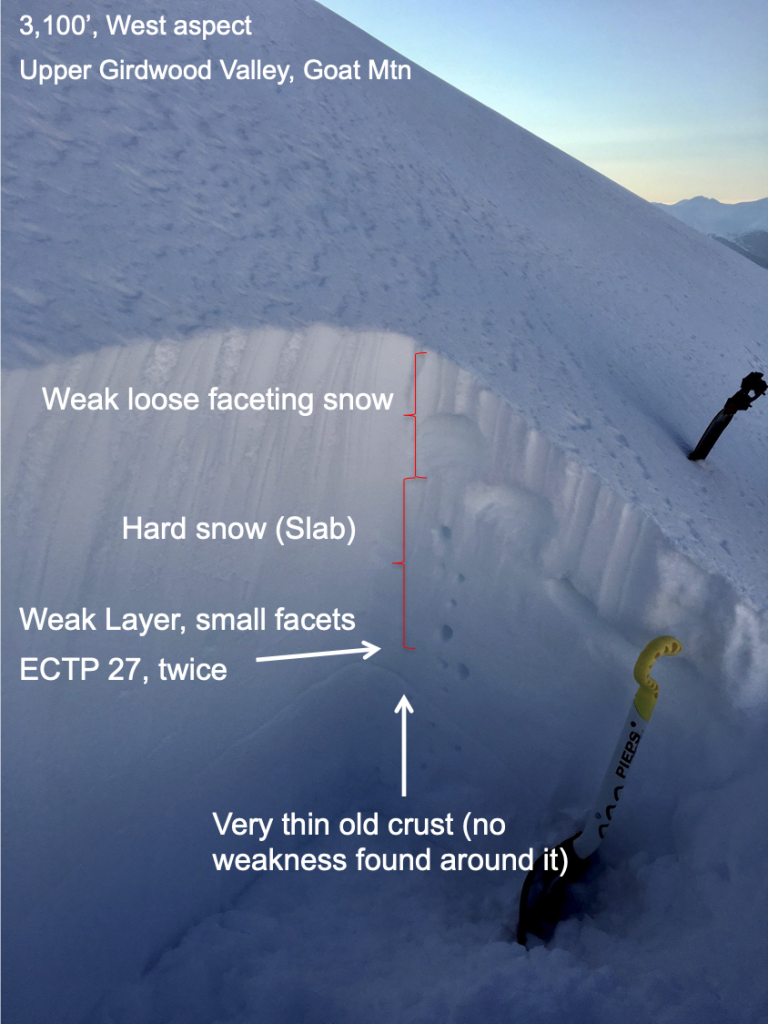 Propagation in a snowpack test on Goat Mountain, 1.10.20. Photo: CNFAIC

Loose snow avalanches (sluffs):  On slopes out of the wind expect sluffing in steep terrain.  The surface snow is becoming looser and looser by the day with the cold temperatures.

Cornices:  Give cornices plenty of space and limit your exposure when passing beneath them.

Glide avalanches: Due to the unpredictable potential to release, limit your time spent under glide cracks.

Tomorrow: Sunny skies, calm winds and temperatures in the single digits. This cold and clear pattern looks to persist into the weekend until skies become cloudy Saturday evening and with a chance of snow on Sunday.