West rib of Wolverine to 1800ft via Sharkfin.
We saw numerous older (2+ days)* avalanches, including one that seemed to be triggered by a large cornice fall, ran 400 feet on a 28-32deg slope before hitting several large trees, breaking branches.

The avalanches and cornice fall all occurred during the 18-19th avalanche cycle and not in the past couple of days.

We dug a pit just outside an old (2+ days?) avalanche path, in an area representative of our intended ski route. 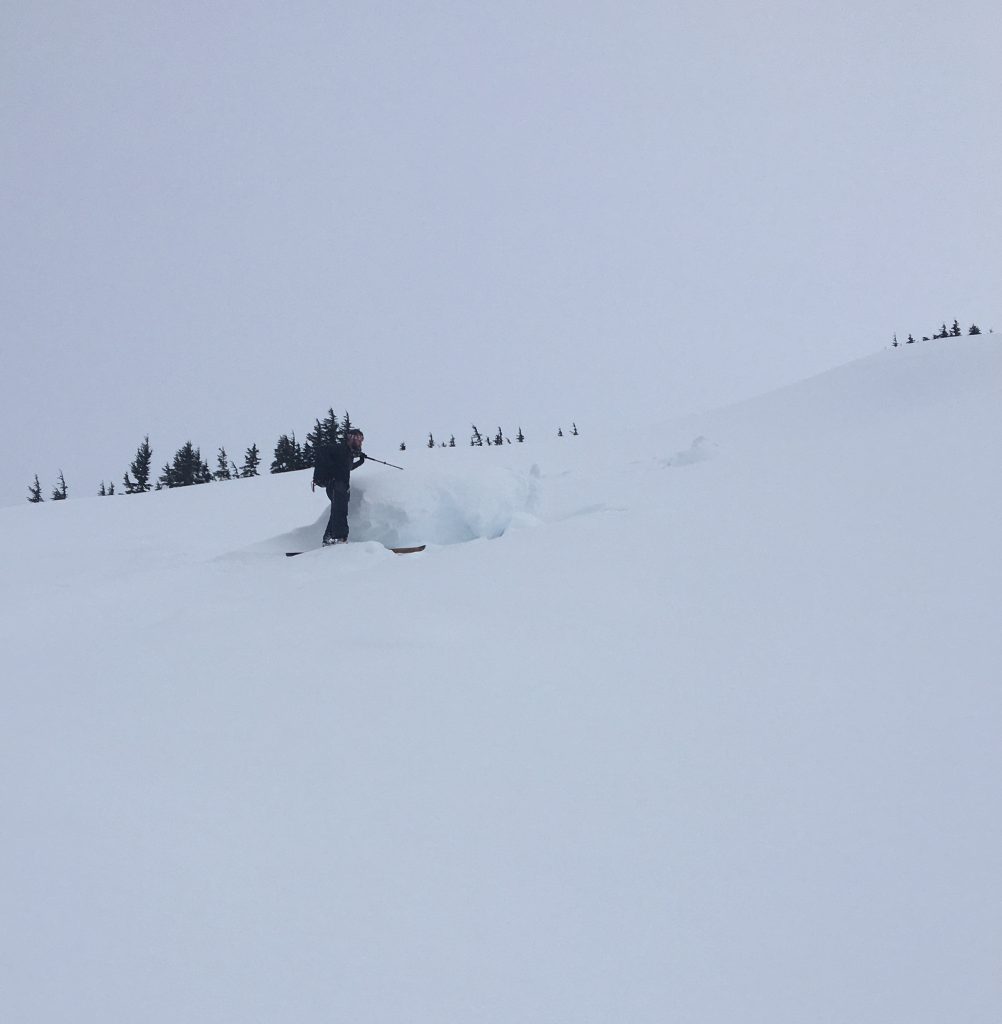 1 of several large pieces of cornice that stopped mid-slope 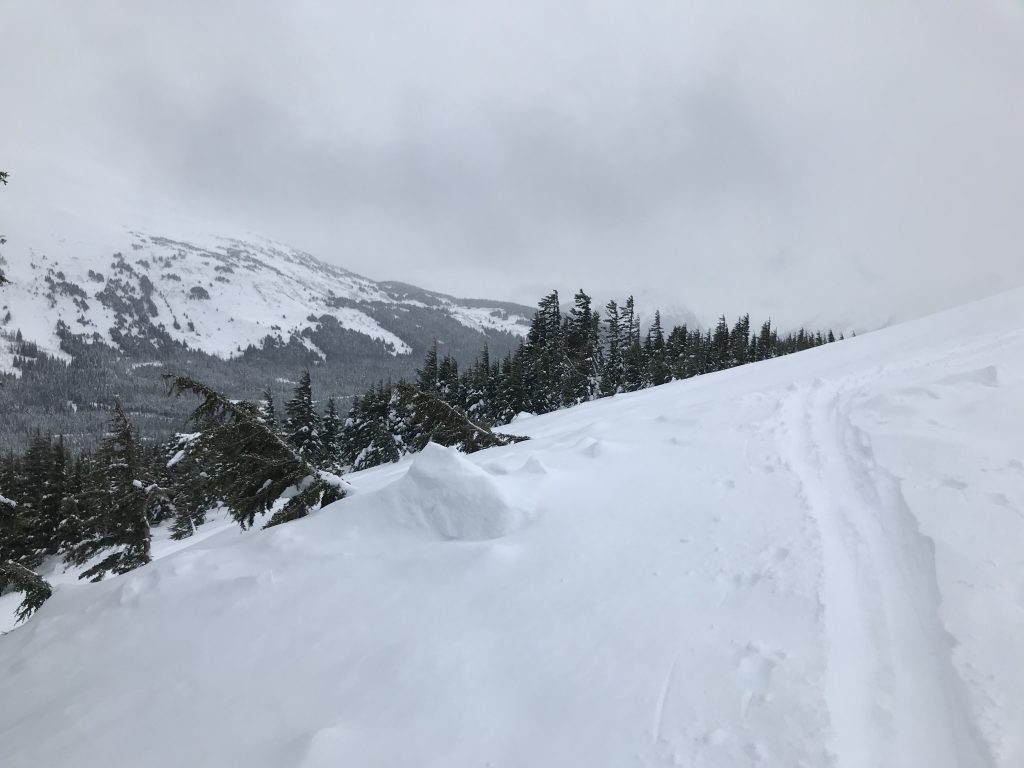 some of the trees hit by the cornice triggered avalanche 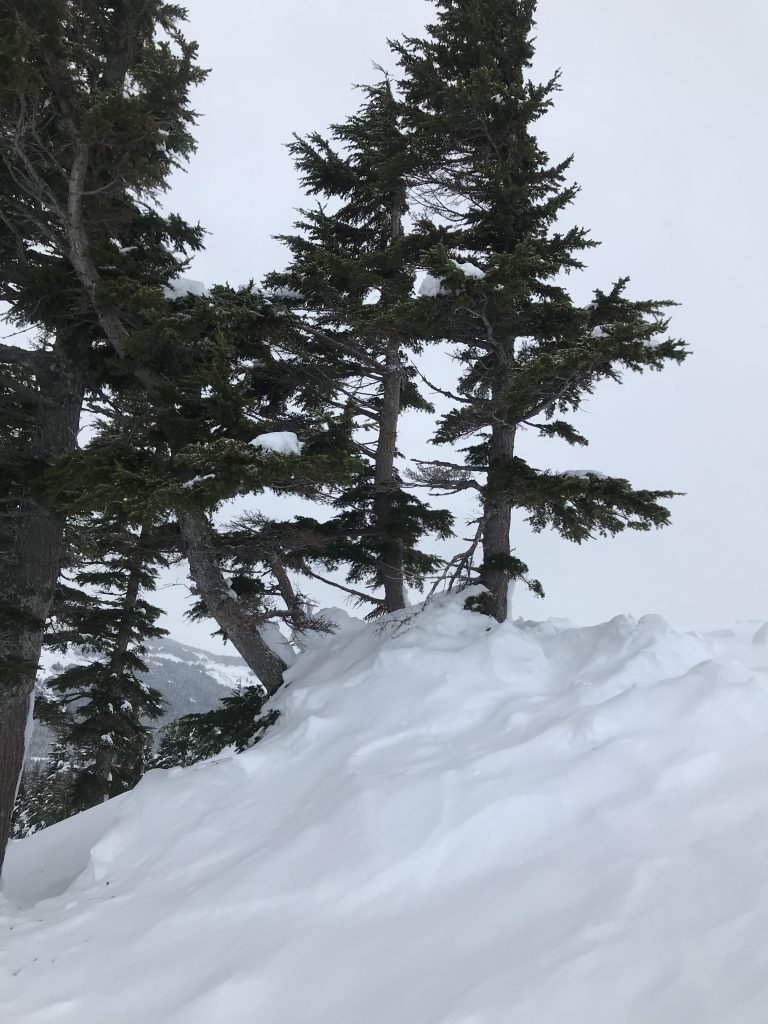 2-5ft of avalanche depris piled up around trees. 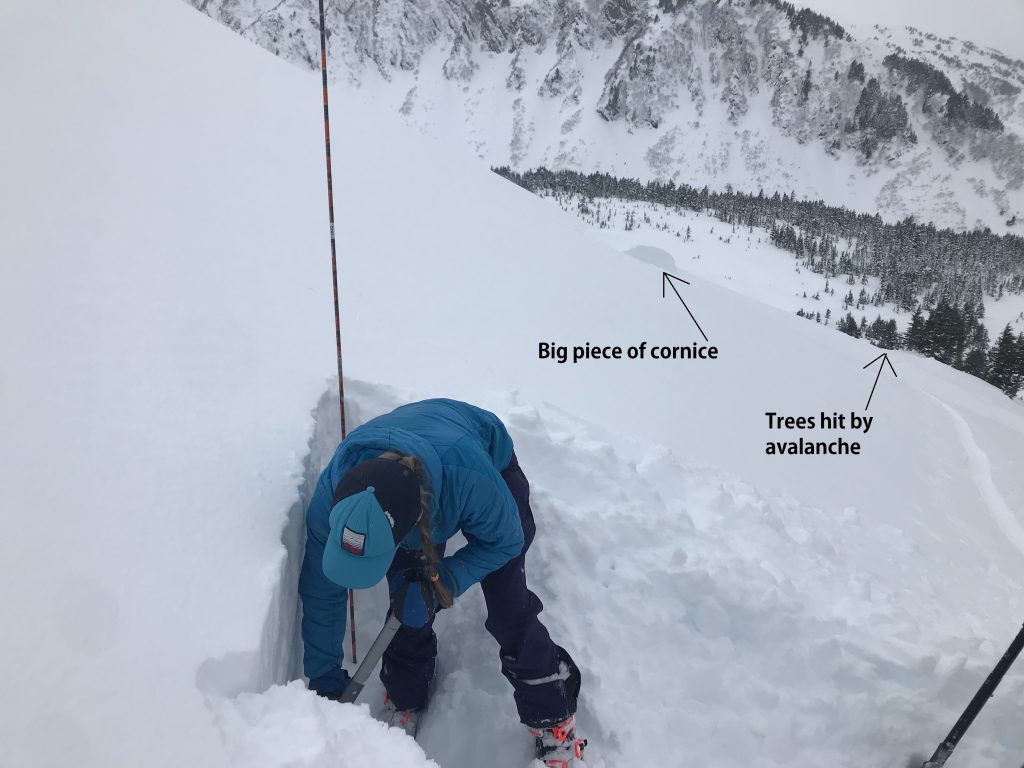 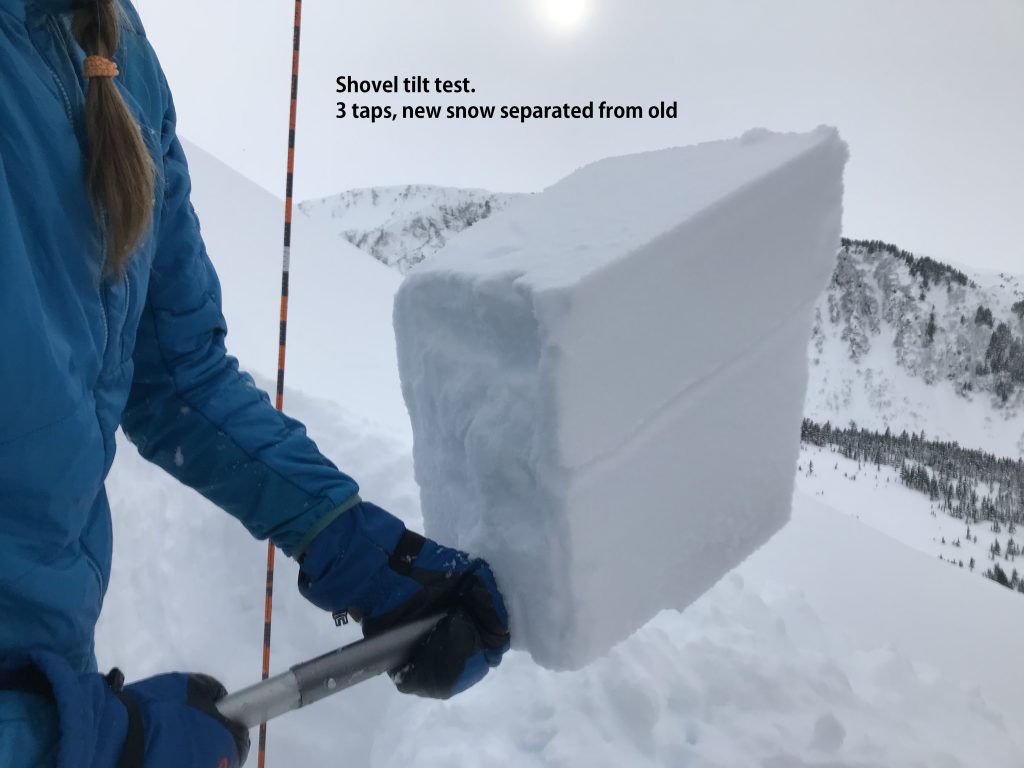 Shovel Tilt test, we were not expecting a result. 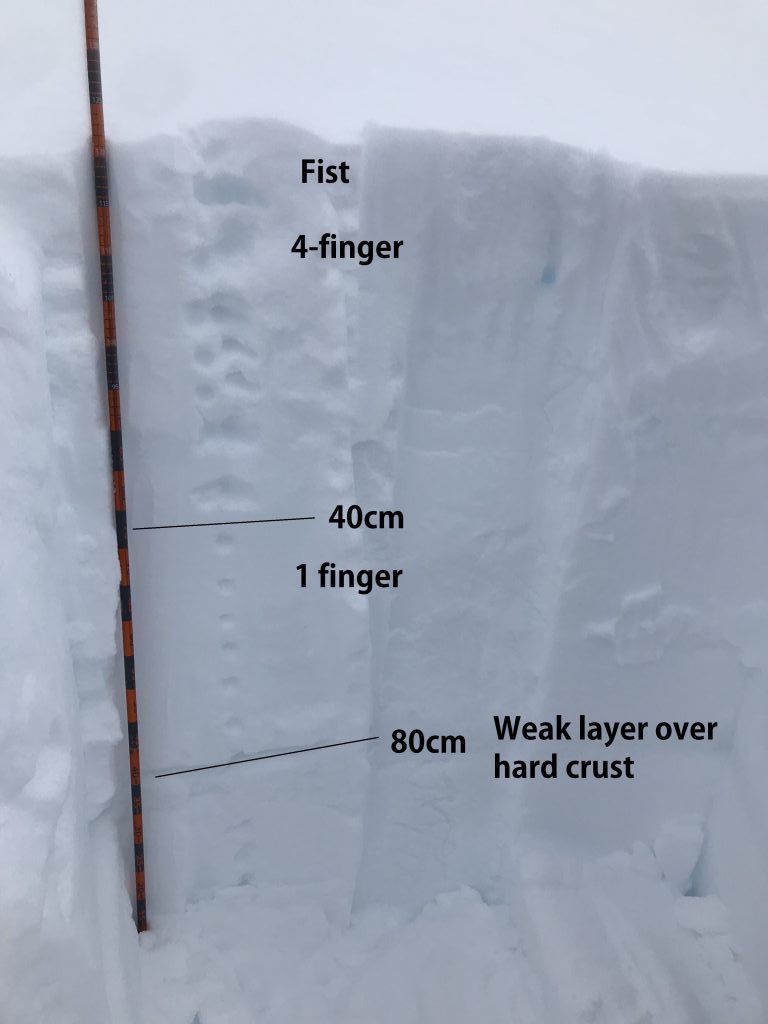 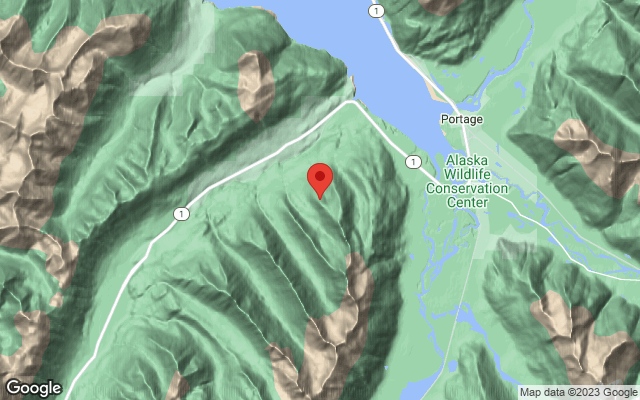