Very soft snow and no real wind at the wimp bowl pullout. Toured the standard route across the river and then stayed lower than usual in order to avoid powerful gusts until switchbacking up to gain the ridge. Stopped below the summit due to severe wind effect.

Air temp was high 20s during the entire tour. Wind was calm during the beginning of the tour, but as we began getting closer to Wimp Bowl itself, we felt the full brunt of the forecasted gusts.

Snow on lookers right of the bowl was a combo of wind slab and faceted sugar snow. Ski quality in the bowl itself was highly varied, with a combination of hard windpack and some softer snow that was beginning to slab up. The prevailing winds were continually depositing loose snow on north-northeast slopes, especially the rollover exit slope above the creek crossing back to the car. A ski cut on the steepest section at the top of the slope cut a small slab that released but did not fully slide. A good reminder not to put full trust in an exit slope, even if you’re done with “real skiing”. 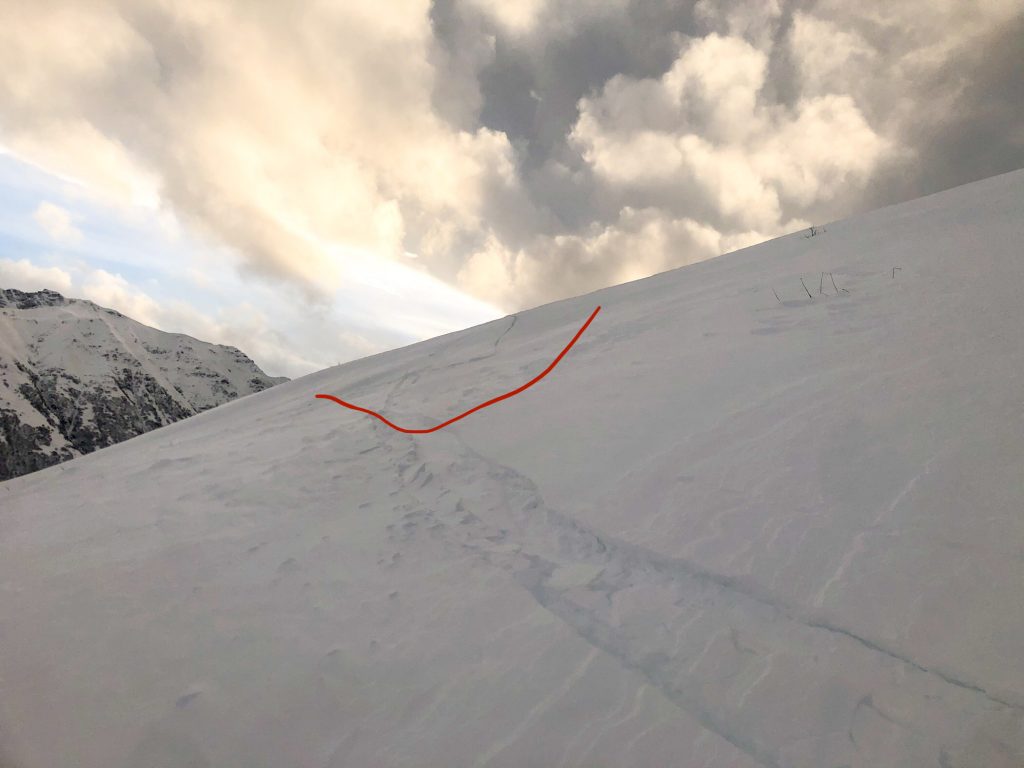 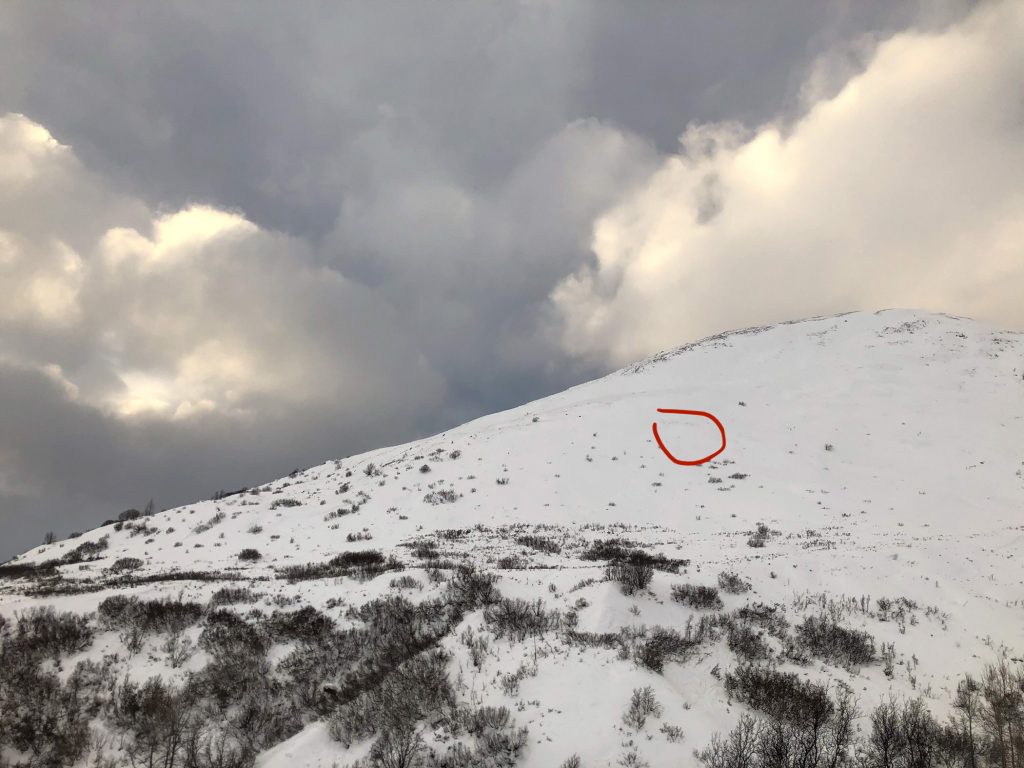 Location of the crack from the car.