Below is a fracture profile of the Widow Maker avalanche that occurred on 3/15/14. March 15th was the first sunny day after a 5 day storm deposited 4-5′ of heavy snow in this location.

This avalanche path is a wide planar slope with many smaller terrain features and narrow gullies. It ends in a fairly abrupt transition to lower angle terrain below allowing debris to pile up deeply in some areas. It is also, sadly, the site of a double fatality in 2008.

Between the occurrence and the time of the profile there has been around 6″ of new snow that covers the slide.

Please take a look at the other powerful photos sent in by the public on our observation page from the day the avalanche occurred. 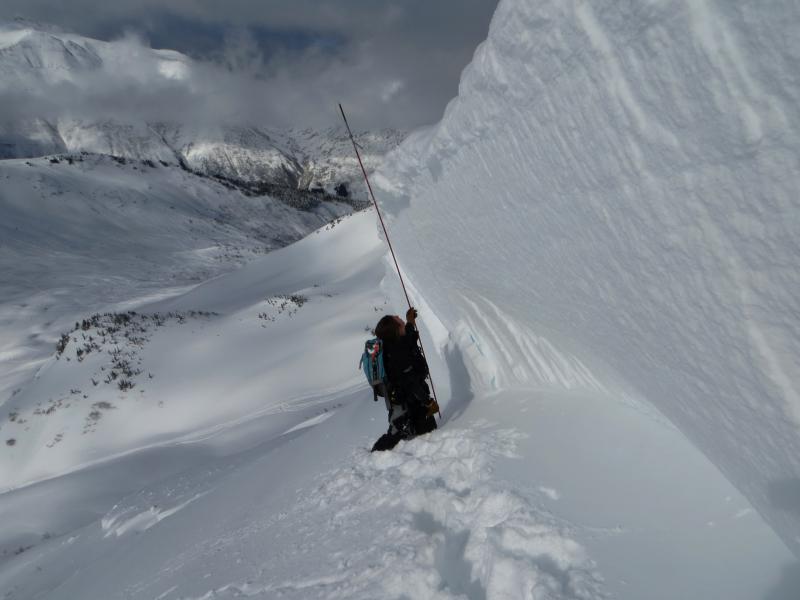 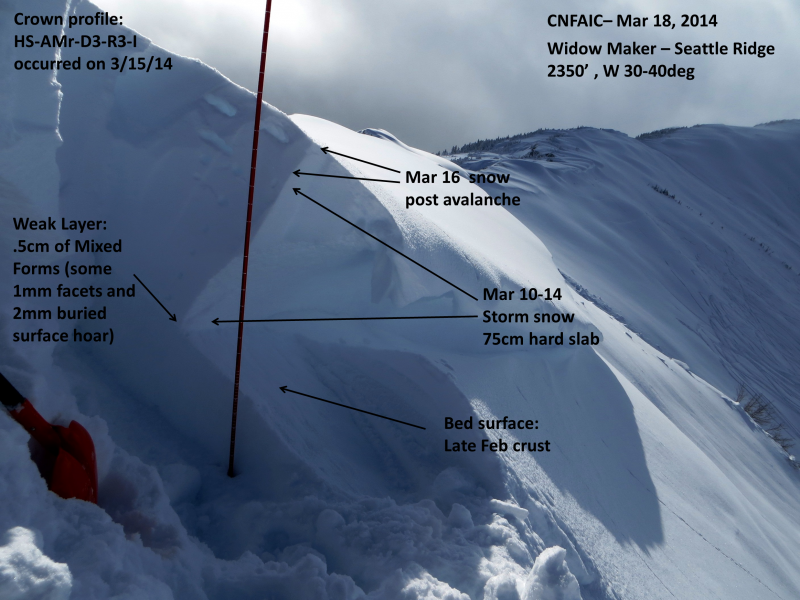 Average crown depth was ~4'. This profile is in a shallow section of the crown face. 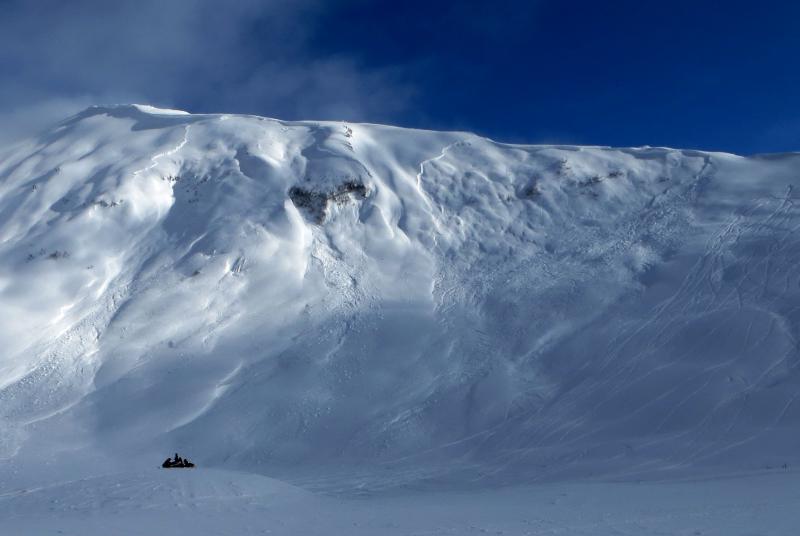 Another look at the well documented avalanche 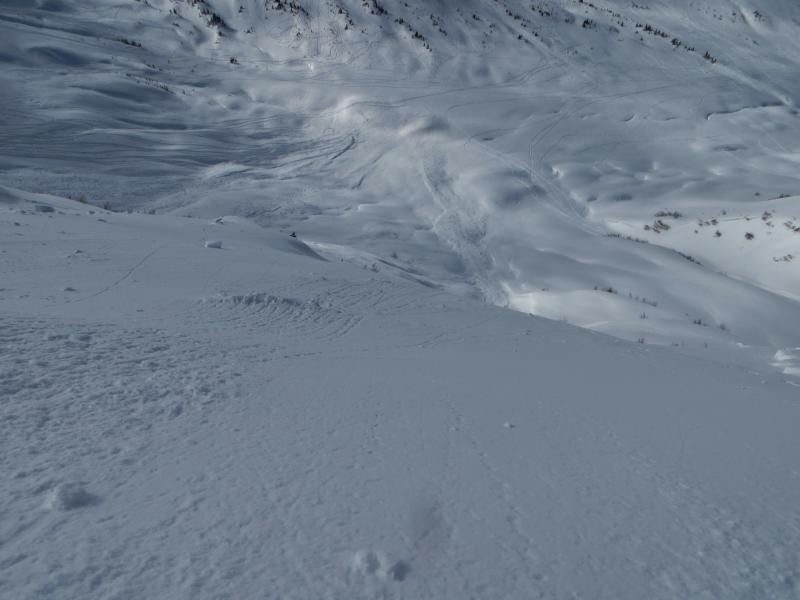 Debris and runout - it's hard to see but the debris ran quite far. 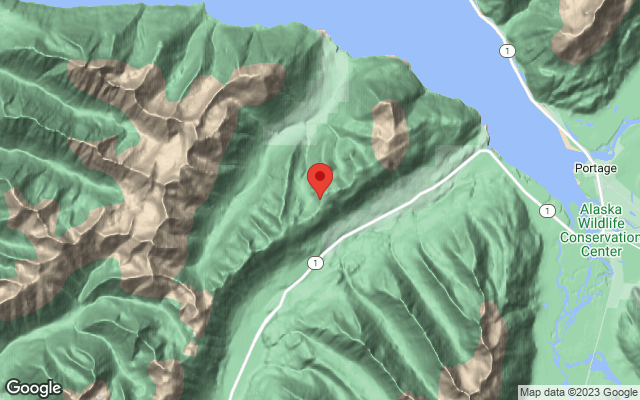