AK DOT plow driver was clearing wind drifts on Tuesday evening in Whittier
around 9pm when he encountered a dense pile of snow that was difficult to plow
through. Upon further investigation during daylight on Wednesday morning, it
was determined that a wind slab avalanche was triggered on a steep bank on the
curvy section between the Whitter Tunnel portal and the boat harbor. Whittier
was having strong winds at the time and the snow at sea level is still very
light and transportable. This “bank slide” avalanche occured apprx 150′-200′
above the road and the crown face appeared to be about 1.5-2 feet deep. 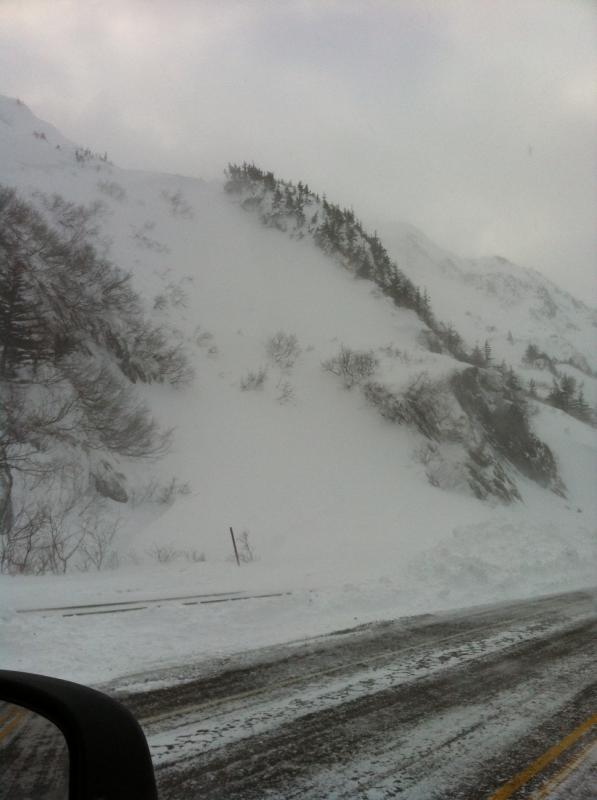 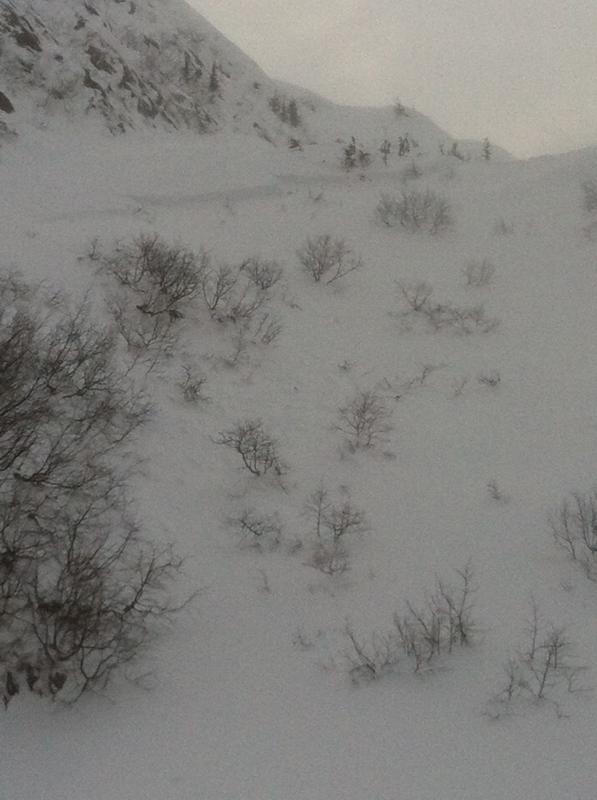 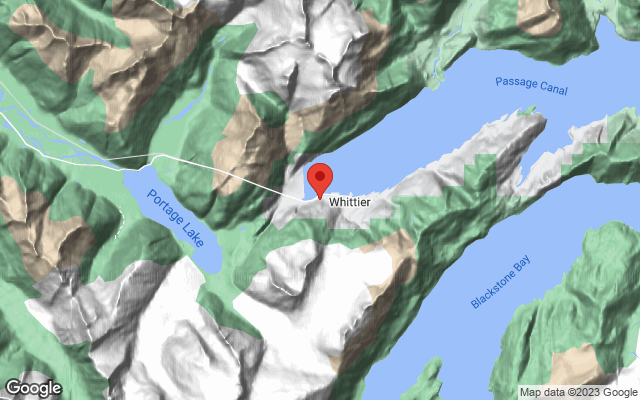