Today we went up magnum. the fresh snow was sitting evenly over that crust
below treeline. once above treeline, the evidence of wind out of East was more
noticable in the form of drifts at mid elevations and soft slabs but isolated
to W-SW aspects above treeline. South aspects had a supportable crust with
about 4-6 soft inches on top. Skinning up there were small cracks around our
skis, mostly 2 ft long at longest, only in these pockets of soft slab on W-SW
aspects. We heard one incident of whoomping on this aspect on a steeper, small
rollover. We were unable to elicit any other signs. We cut 3 cornices with a
saw ranging from bathtub to couch size but saw no response. After skiing from
the ridge with only minor surface sluffing we were skiing mellow terrain down
to the valley floor and popped over the rollover pictured. same aspect and
slope angles our other red flags had shown up on. I skied over first to
lookers’-right while the 2nd skier who triggered it skied more to lookers’-
left. The crown was about 1ft on pictured-right and about 2ft on pictured-
left. 2nd skier skied out, both dogs were swept a short way but not burried.
the right part of the debris slide down to the valley floor. debris was soft
and broken up small at the bottom of the valley.
we continued to attempt to get similar responses on other small similar slopes
and aspects on our way down but were unsuccessful. 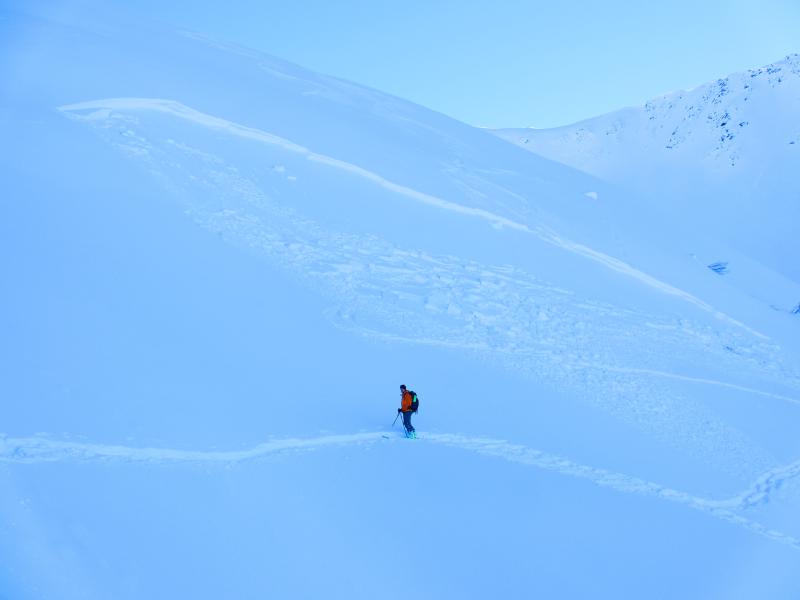 the tracks on the left of the two were the ones that triggered it, 2nd skier. 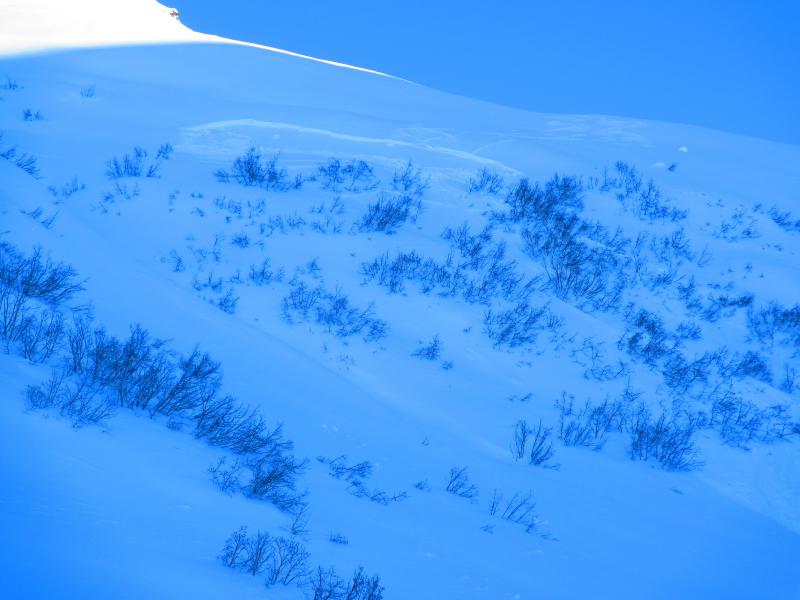 crown is just below convex rollover, from 1 ft on right to about 2ft on left. 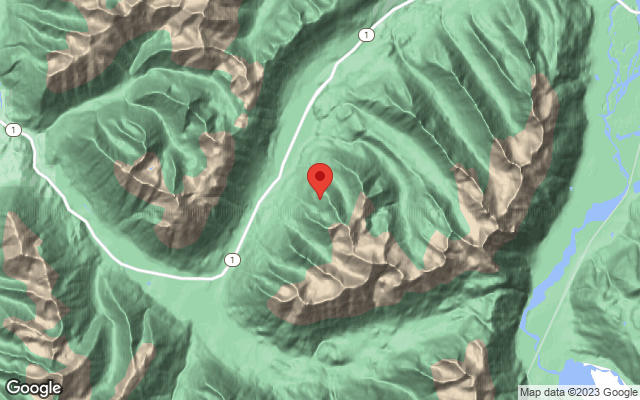