Climbed Vista Peak through mile high saddle. Valley bottom had a few inches of snow on a rotten easily breakable crust. Not far above the valley bottom transitioned to the now familiar rock hard crust. Where as the S end of the park the crust consistently held to a crampon and boot, here, the crust was variable, at times breakable to a boot, and at times not, though always supporting a ski. There were patchy areas of soft snow above the crust consistently interspersed with bare ice, except on windward slopes which were stripped to bare ice.

The conditions up high were not safe for skiing. Too firm to consistently hold and edge, with little hope for self arrest without ice tools in an uncontrolled fall. If one were to try to ski only wind slabs (not a strategy I would employ), they would not be able to piece a run together without hitting large swaths of un-edgable ice. We cramponed back down the ridge about halfway then skied.

There are intermittent wind slabs on lee slopes. Most were only a few inches thick though in some places they appeared thicker (we avoided these areas). No signs of natural wind slab activity. Ski cuts did not cause any wind slabs to release on the lower half of the mountain.

If you are going to venture out and ski off or ridge tops, definitely ski with a tool in hand! 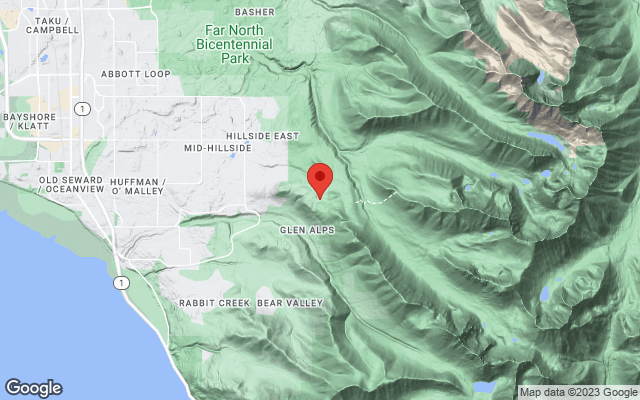