We took the common uptrack to Todd’s Bowl/Tincan Proper Peak. Goal for the day was to assess the snowpack in the high elevation start zones on both North and South aspects, this is around 3,700′.

We did see signs of a possible human triggered cornice fall on the final boot pack to Tincan Proper. Photos below.

Ridgetops were sunny, temps in the mid 20's F and calm wind. Valley was cold, 12F, with valley fog.

Loose and faceting snow extends from valley bottom (~4") to ridgetops (~8"). Surface hoar 3-4mm sits on top of this loose surface - even to the ridgetops. We did not find any area where the surface hoar sat on a hard surface.

*Note: when mapping surface conditions prior to a snowfall event (which we may get on Thursday...?) we always keep a close eye on how the surface is changing. Do we have surface hoar forming? Do we have "near surface facets" forming? When it comes to surface hoar, if it forms on a hard surface (and is not blown over by wind), this is a concern as it can be buried intact directly on a "bed surface" and become a problem weak layer. If it forms on very loose snow it tends to intermix with the loose snow when it's buried. In this case the loose, often "near surface faceted", snow becomes the problem weak layer. Time will tell with the surface conditions we have now whether they will become weak layers down the road, but we do know there are several inches of near surface facets forming under surface hoar over either a crust or hard older snow.... we will be watching them in anticipation of the next storm!

We dug two pits today. Both at the upper elevations to target the dry old basal facets that sit near the ground. These are the same facets believed to be responsible for the large, connected avalanche activity seen during the Thanksgiving cycle. The Tincan Proper photo below shows a crown from this cycle, you can see how it 'connects' from one terrain feature to another - characteristic of a uniform weak layer and/or slab.

We did find the basal facets but they were rounding, harder and have gained strength. 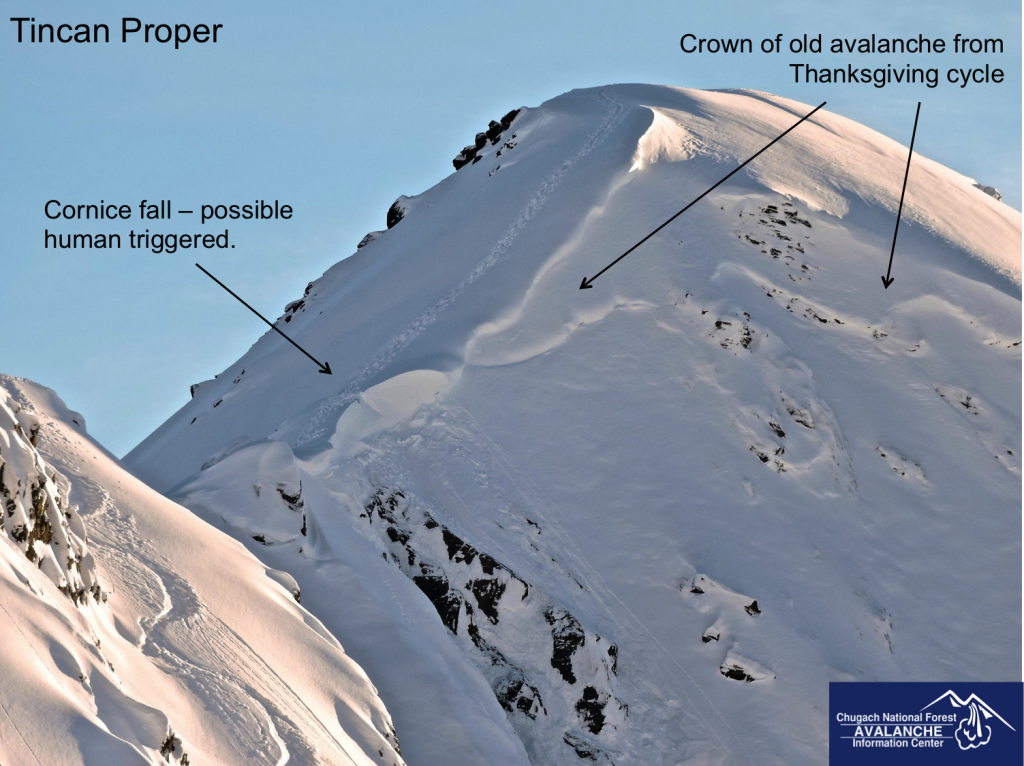 Recent cornice fall - may have been triggered by a person. 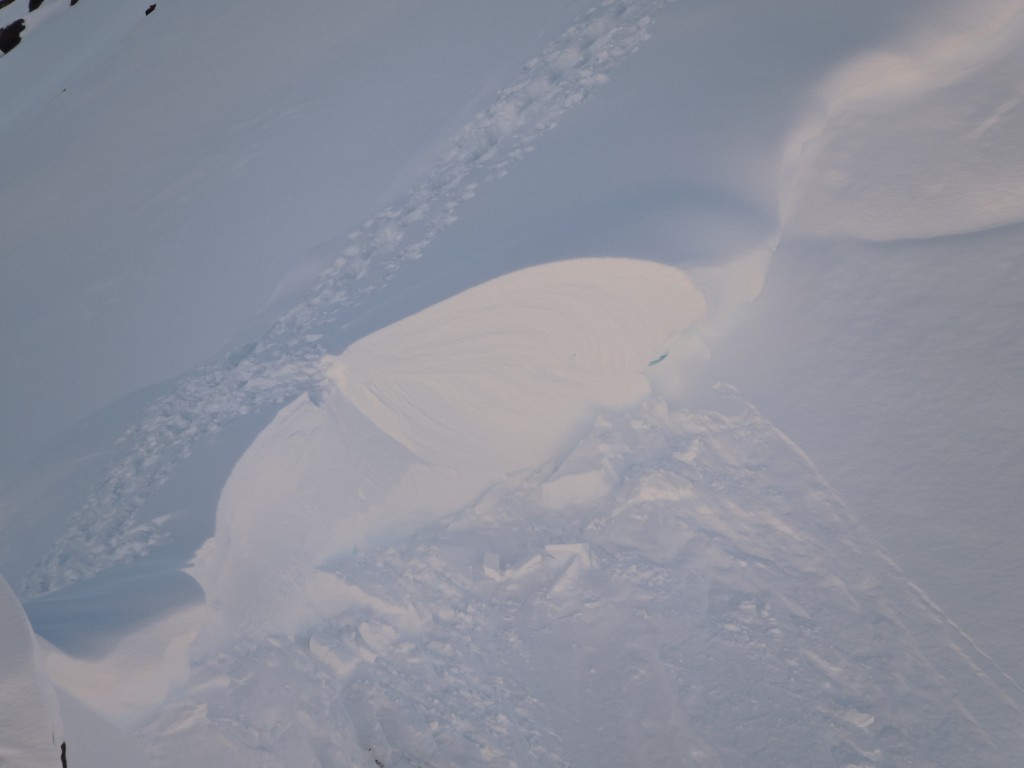 Closeup of the cornice fall. 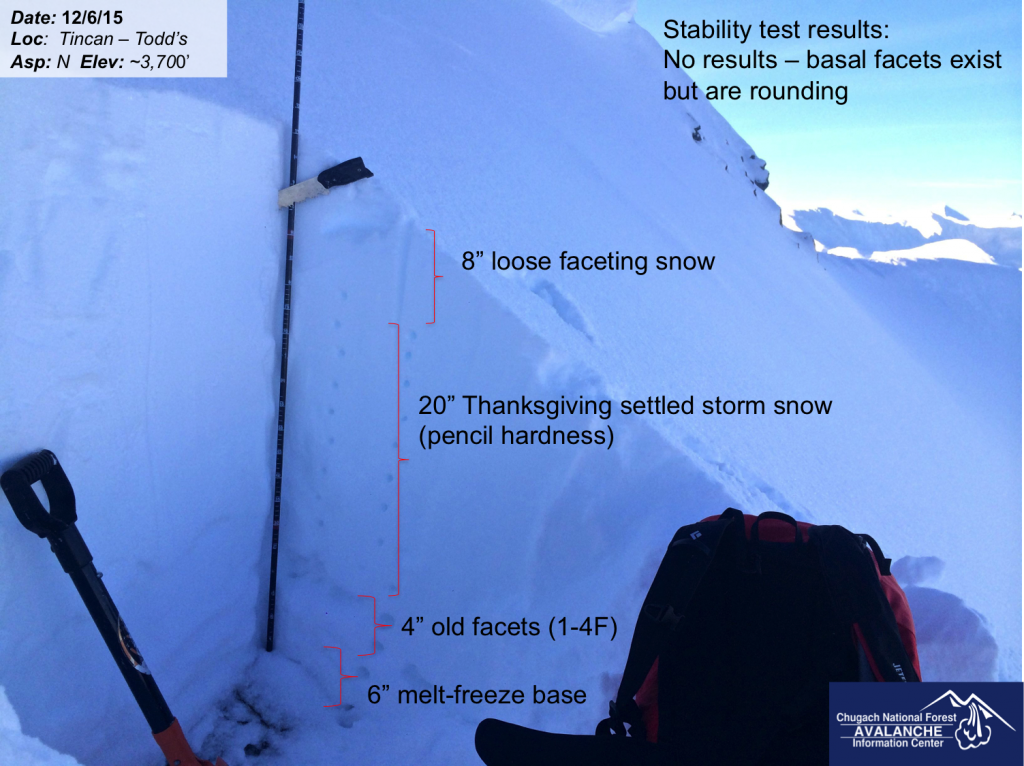 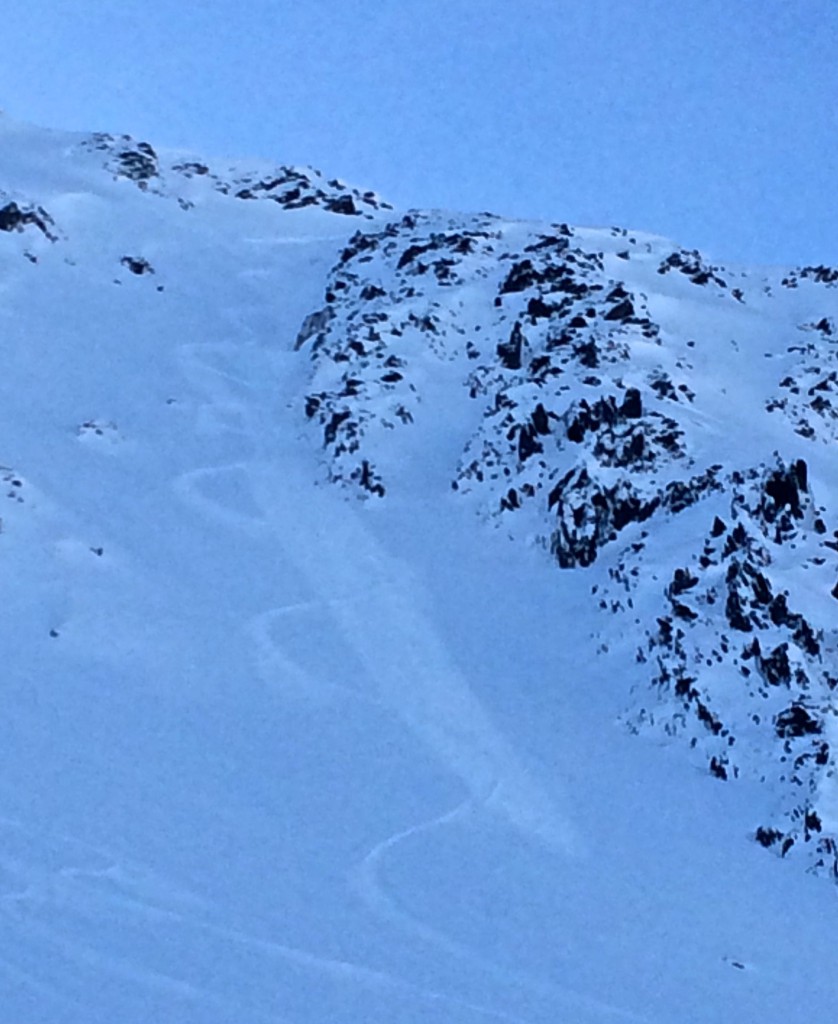 Sluffs in the top 4-8" of loose faceting snow are still fairly small, but becoming bigger by the day 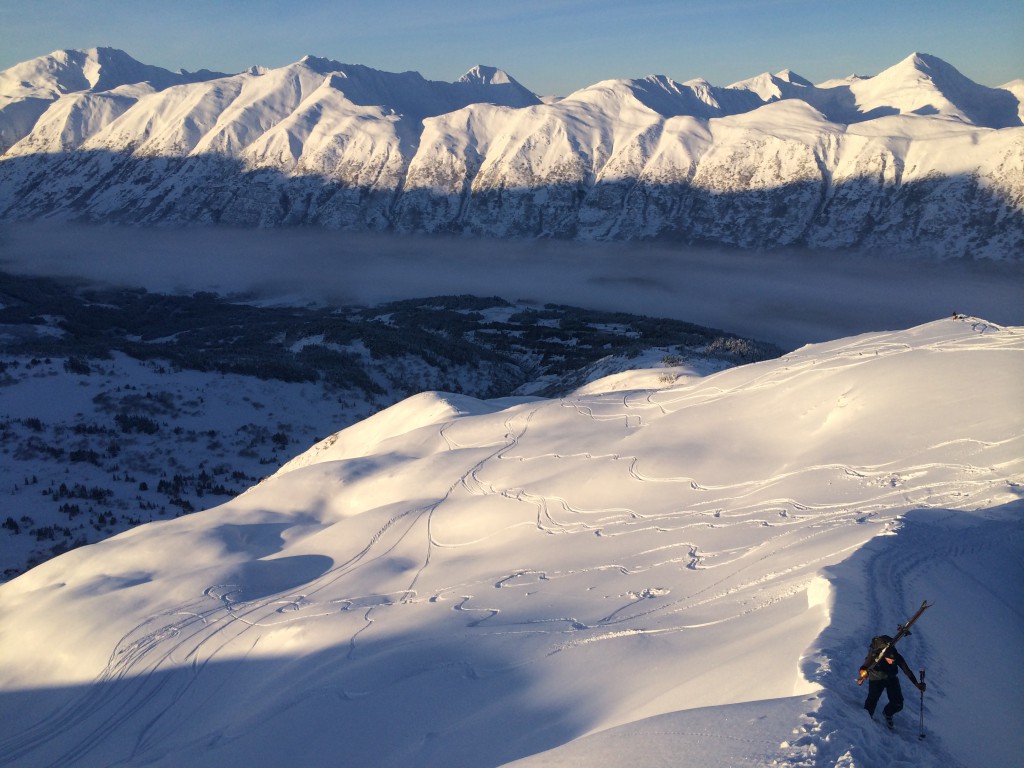 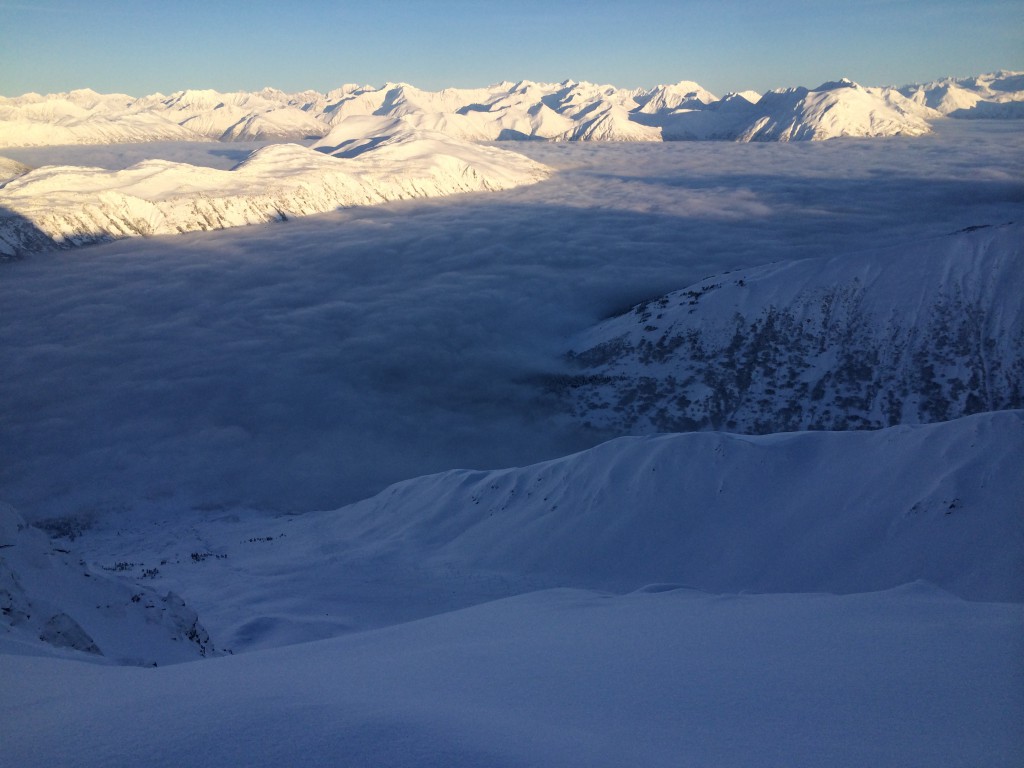 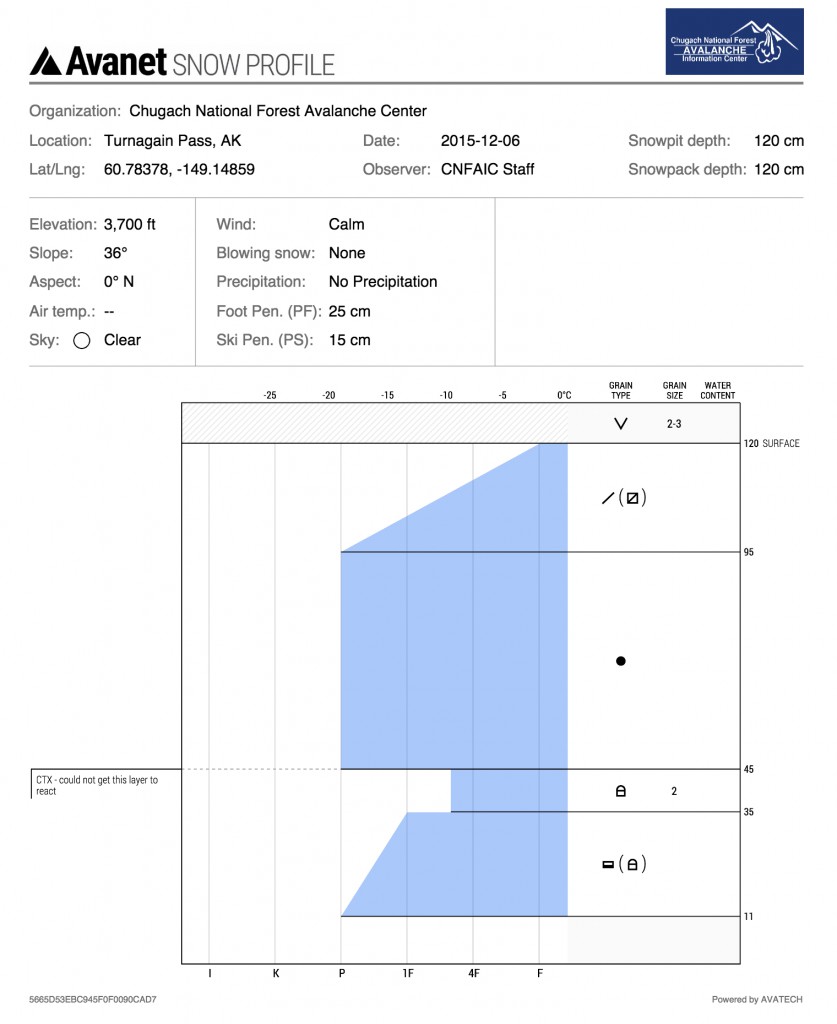 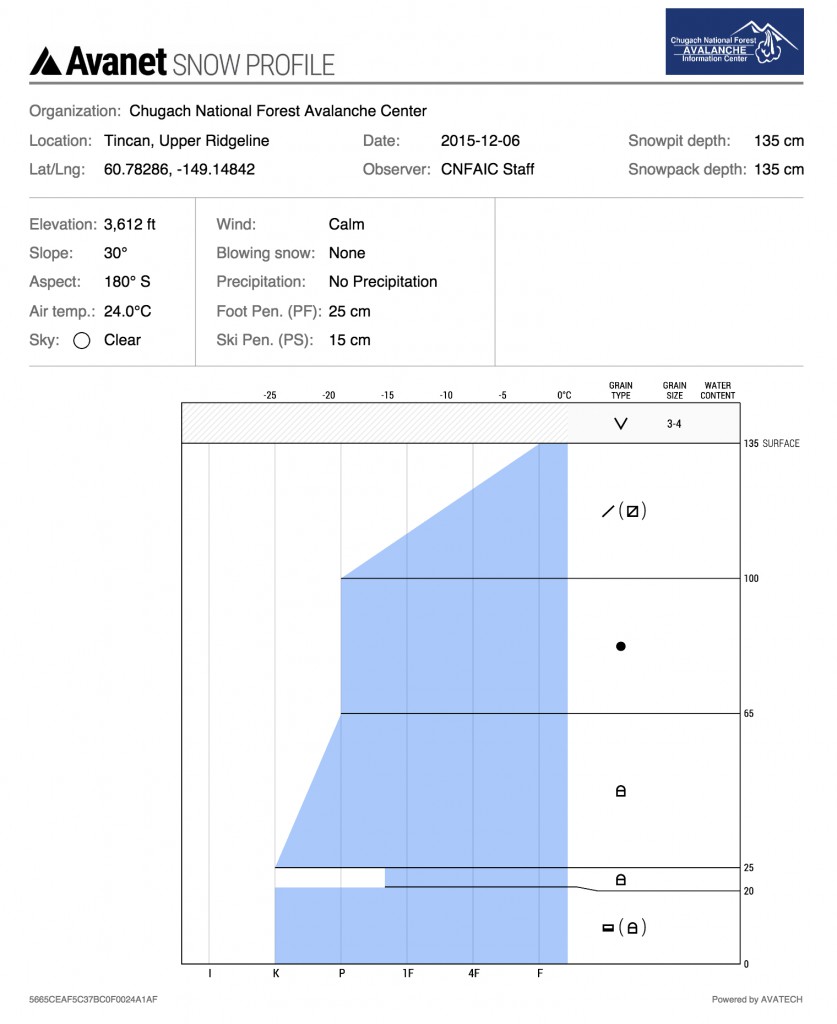 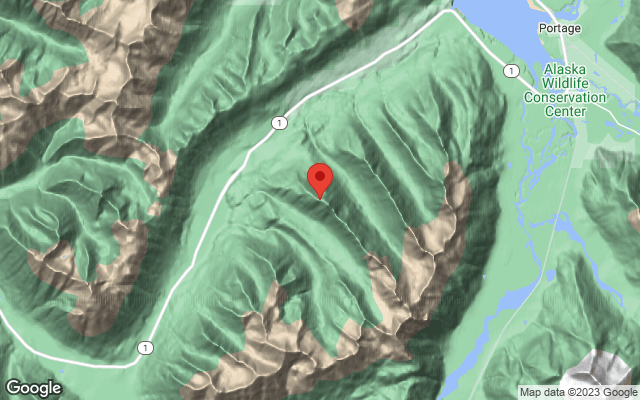