All hand pits showed an average of 6" of near surface facets sitting on a crust. We found pockets of wind hardened snow that were breakable, and nothing supportable or slab-like from 3500' down. Spoke with a group who skied from 4500' into a couloir and said they could feel a crust under foot the entire descent and the surface snow variable, breakable wind hardened snow and loose snow. Spoke with another group who had returned from Rosie's Roost descending Goat mountain via the SW shoulder. They said they noticed some new sun crust on steep rocky Southerly aspects that was not there two days prior on their ascent. 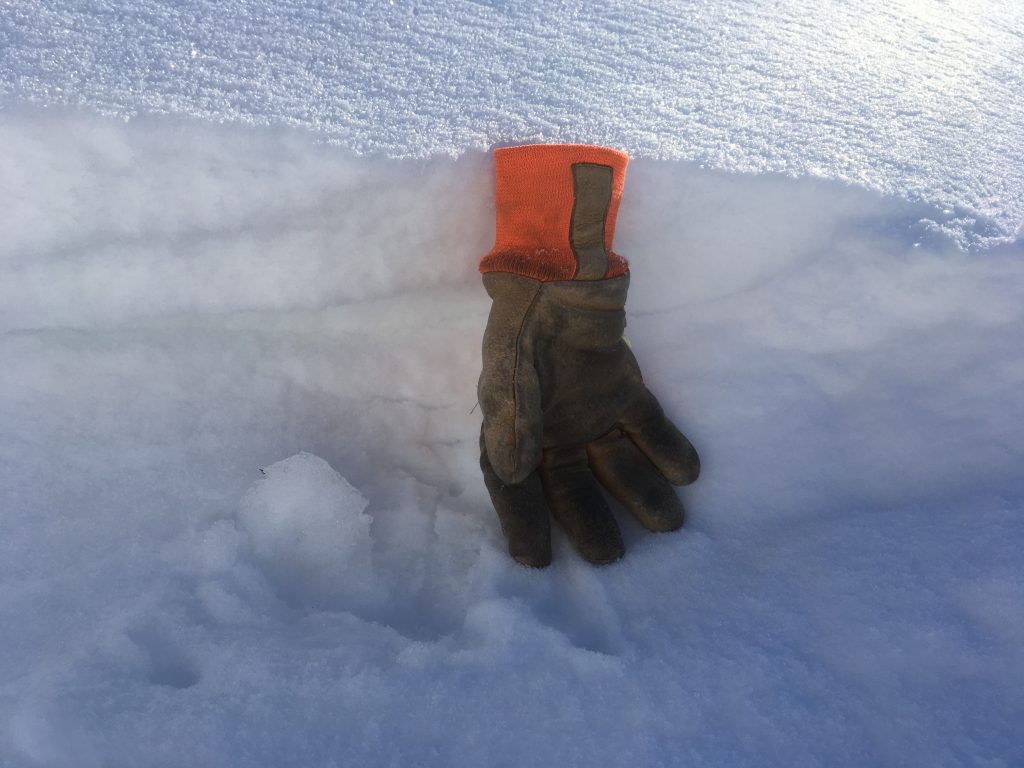 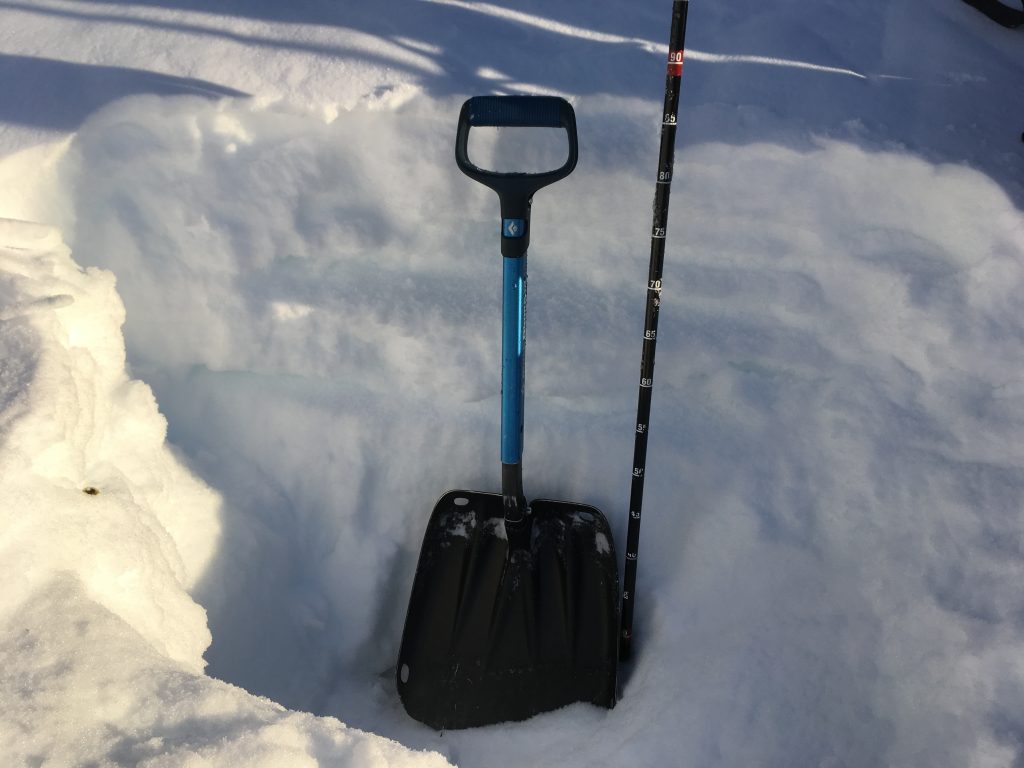 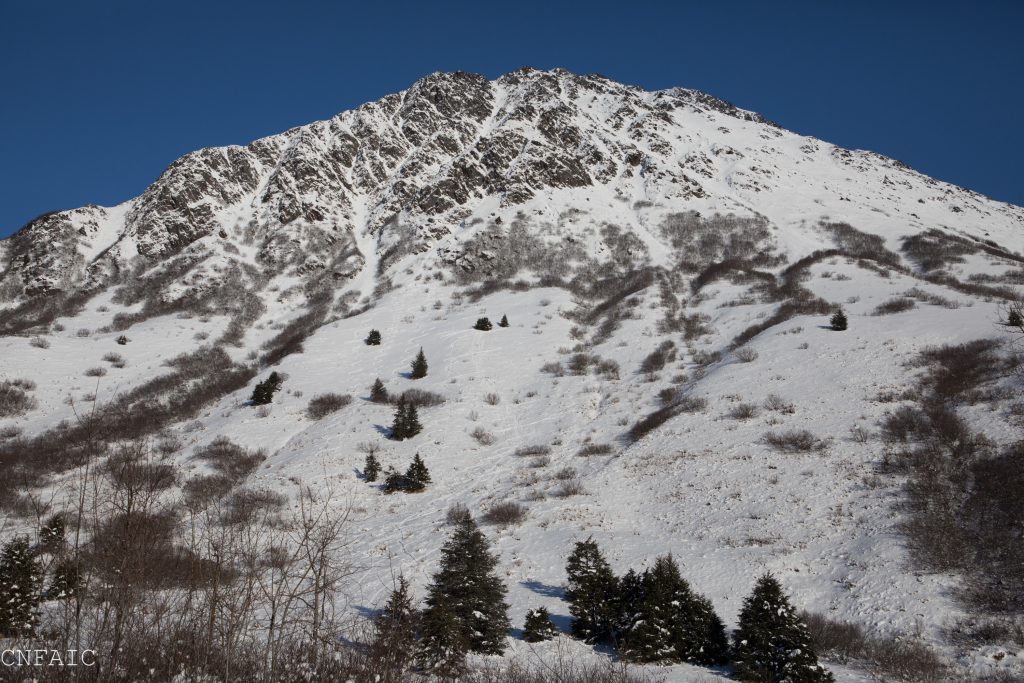 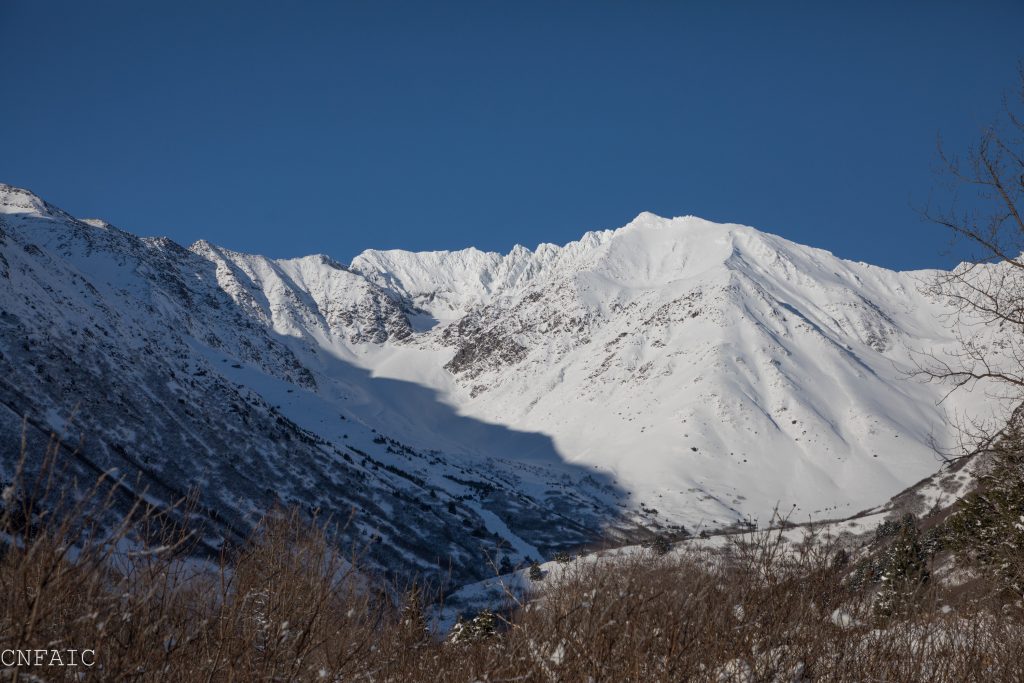 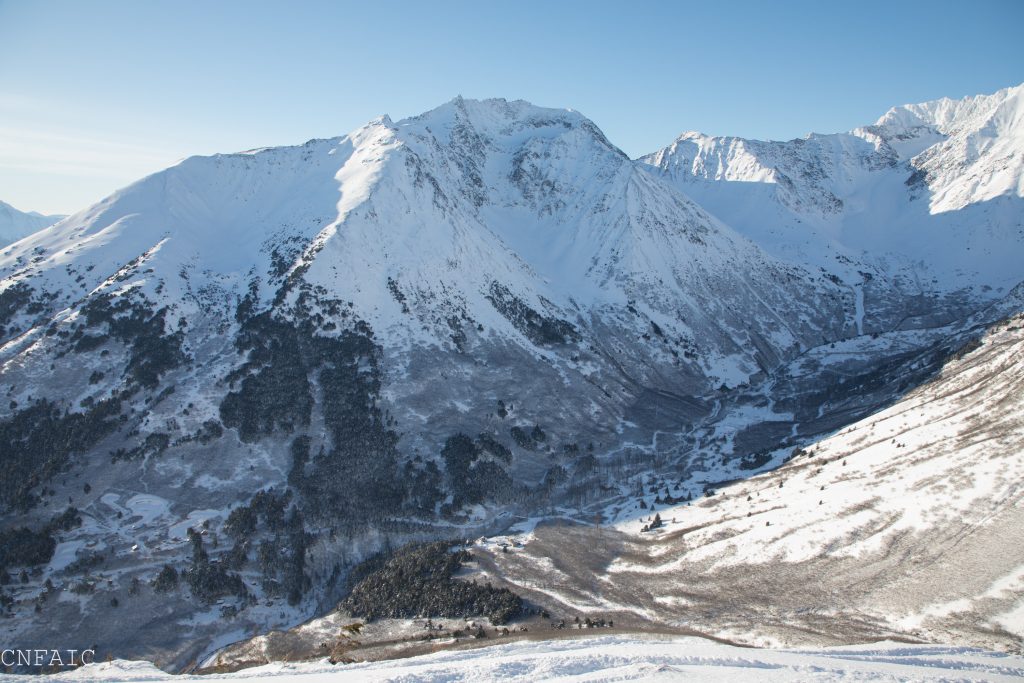 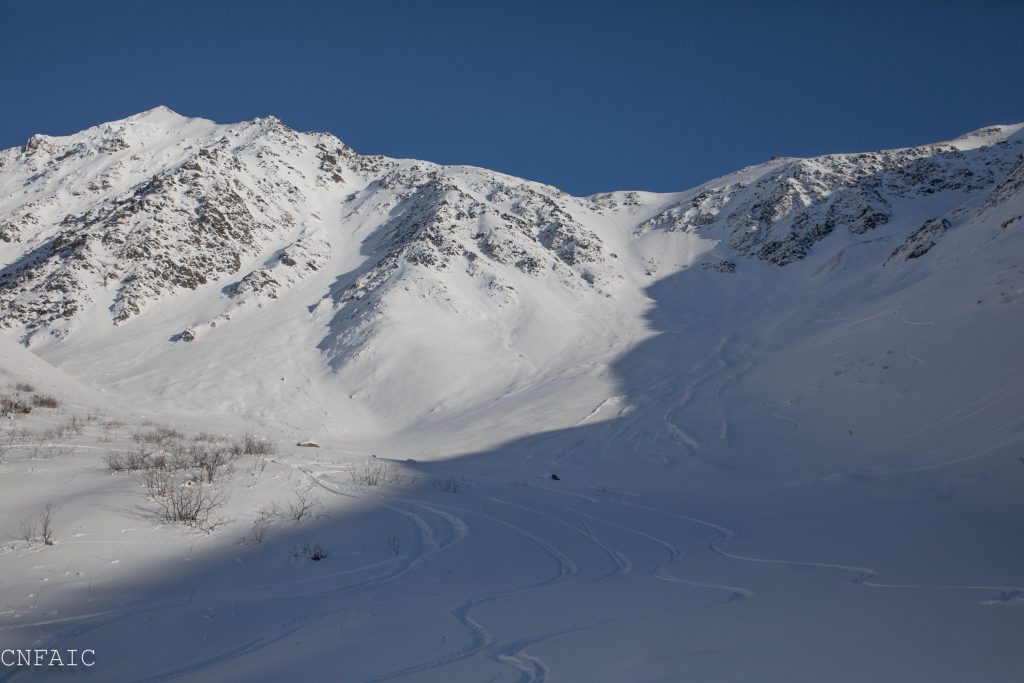 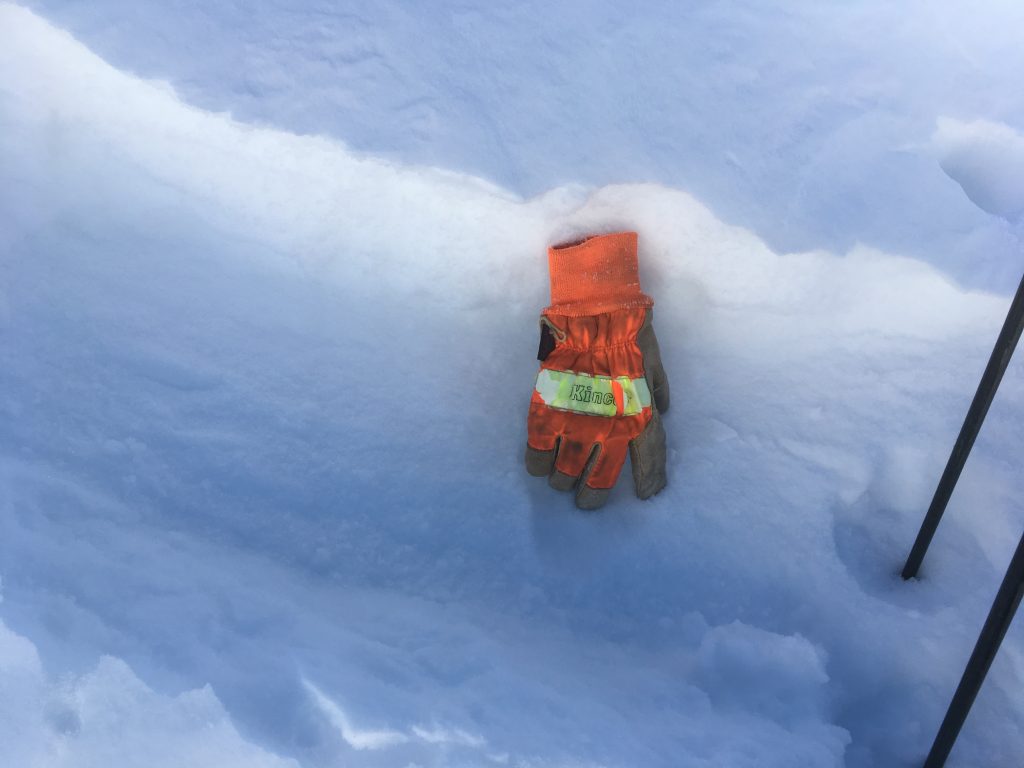 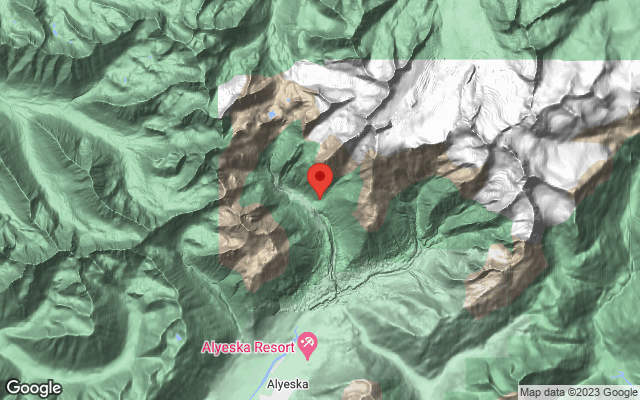