Yesterday, 4/28/14, I was caught in an avalanche in a north facing chute on Tincan. It fractured on my second turn from the top. My partner had ridden the line first but it ripped during my run. He had not noticed any instabilities on his run aside from the snow being on the heavy side. My track was only a few feet away from his. I think a buried rock feature may have acted as a trigger point. It’s hard to know for sure without going back up but the crown was 1-2 ft deep and about 30-40 feet wide. I was then carried about 1,000 vertical feet and off a sizable cliff band (30ft?). I attempted to unstrap and swim but both were completely futile as I had no control of my body. Somehow I was on top when the debris stopped moving. My partner was safely out of the run out zone and had eyes on me. He was quick to come to me once I stopped moving and he could verify that I was not buried. Both of us had avalanche safety gear (beacon, probe, shovel), taken our avalanche 1, and several years of experience in the backcountry.

Prior to the incident, we had not observed many signs of instability. It had rained the night before but as we got higher in elevation, the slop at the bottom turned to fresh snow. I had noticed roller balls on solar aspects and was hardly surprised for being this late in the season. We had initially planned to ride a mellow west facing slope because getting caught in even a heavy sluff in a confined couloir would have been very dangerous. However, when we got to the top, we noticed the snow on the north faces was much better. It was creamy but not seemingly wet, sun-affected or manky. We both agreed this would be more fun as well as less likely to wet slide. Several pole pokes revealed nothing other than what felt like a few inches of new snow on a consolidated snowpack. My only concern at that point was it not bonding well to the old surface and sluffing out. I inched into the couloir a bit and still didn’t feel anything worrisome or see red flags. No collapsing, whoomphing, or slab-like feel.

My partner went first and had a great run with the heavy-ish spring powder. I dropped in next, spooning his tracks, and went over a lip/roller feature. On a heel edge turn, I saw the whole chute crack above me and accelerate downhill. Like they always say, it feels like a rug is pulled out from under you and there is nothing you can do to escape it. I had not expected it to happen whatsoever and it took me a second to realize what was happening. Luckily I fell on my ass with the board in front of me and was able to keep this position more or less the whole ride. Most of the ride I could not see anything but white, however I could feel my stomach drop as I was carried off the cliff. I was excepting to smash into rocks but did not feel anything like that. Both my board and body were unscathed.

The first part of the avalanche appeared to be a hard slab avalanche. In the corner of my eye I could see plumes of snow shooting into the sky as it hit rock features, not what I suspect to be typical of a wet slide. Also, as I mentioned before, the snow at the start zone did not feel overly heavy, gloppy, or wet. Just typical creamy fresh spring-like snow. By the time I got to the bottom, it resembled more of a wet slide with huge chunks of debris moving slowly. I think this is because it entrained wet snow as it got lower in elevation.

I had been without internet service for a few days prior to the slide and did not realize it had snowed 10-20” up top, as the avalanche bulletin said when I checked it after the incident. At no point in the whole tour did it feel like it had precipitated that much recently. We were on the peninsula fishing and had noticed some storm clouds but did not think 1-2 ft was likely seeing how it didn’t rain on us much at all. Had we been able to check the report, we would have never decided to drop into the chute.

Even after spending a day reflecting on the slide, I am not sure what caused it. We had ridden the same line a little over two weeks prior and didn’t notice any instabilities then either. Obviously a lot can (and did) happen in that time. If the slab that went was made up of the new snow from the weekend then I am inclined to think that maybe there was an underlying windslab that was overloaded by the weight of the fresh snow. However, the winds were easterly and the chute was somewhat protected. Cross loading?

All in all, as any survivor of an avalanche ride will say, I am extremely lucky and grateful to be alive. It could have been much much worse. I think the biggest mistake I made was entering a steep and exposed line without having all of the pertinent information, mostly the amount of new snow/weight that had been added to the mountains.

I am hoping to learn from my mistakes so if anyone has information, observations, or constructive
criticism I would love to hear it. 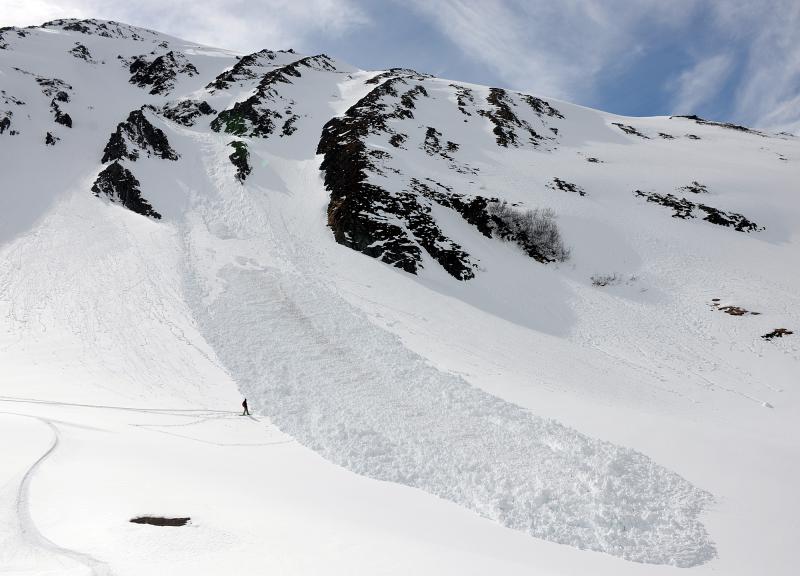 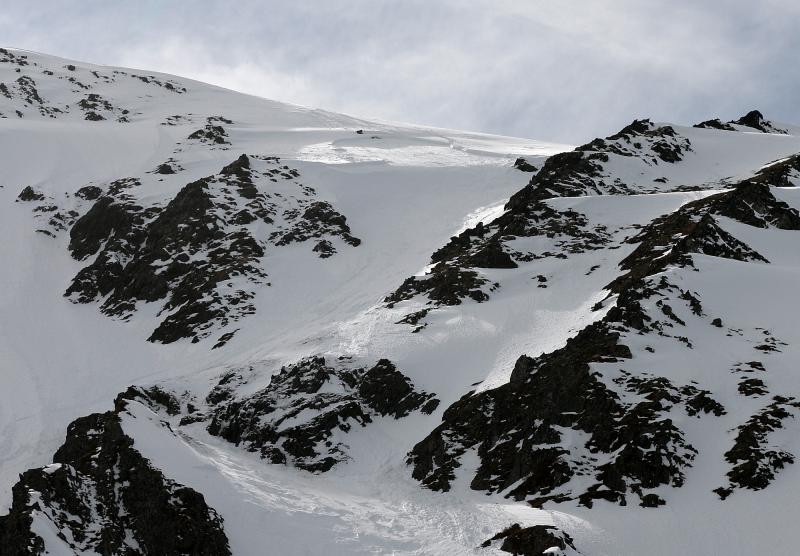 Crown of the slide. Directly below is the rock feature I was carried off. 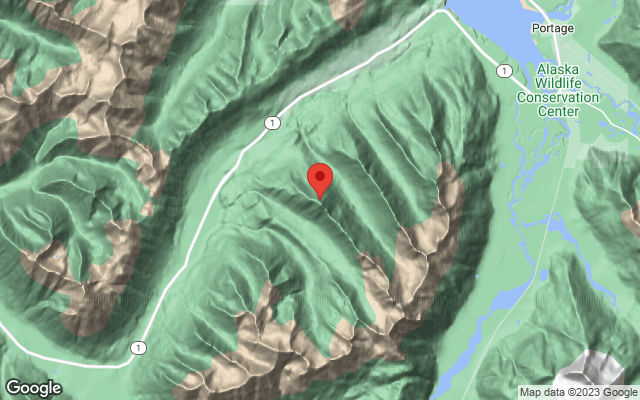